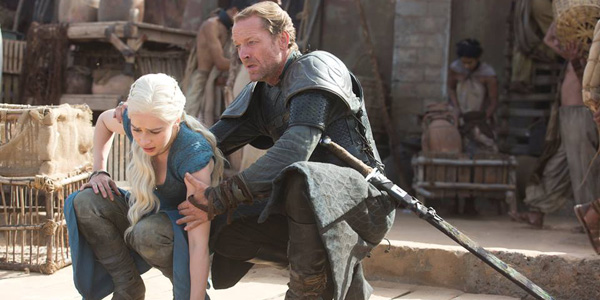 Every death from the first three seasons of HBO’s Game of Thrones, spoiled in under three minutes.

Not much to say here, the Game of Thrones panel at Comic Con today included the kill-crazy video below, which shows the death scenes of (or occasional reverential quotes from) each character who has met their end in the HBO series’ first three years.

If you know anything at all about the series, you know that’s a LOT of folks.  Still, seeing them all in rapid succession reminds me of how violent and brutal this show is, and how maddeningly frustrating it is that all the best characters meet an early end and leave us with shits like the Lannisters for the long haul.

But hey, that’s the name of the game (no pun intended)!  If you’ve seen the show and want to relive the kills or be astonished by the body count… enjoy the video below.  If you have never seen the show or read the novels on which they’re based… I would not cheat yourself the emotional gut punches you have in store for yourself just yet.