The Game of Thrones Season 4 Trailer Is Here 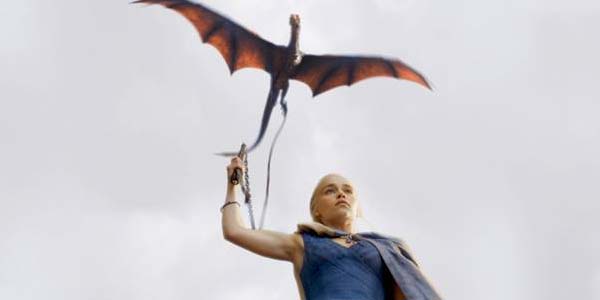 “If you want justice, you’ve come to the wrong place.”

The most exciting thing about the new trailer for Game of Thrones Season 4 is that it comes with the realization that we will be returning to Westeros in just a few short months!  Not that there’s a shortage of excitement going on here… we get some pontificating from Daenerys, lots of epic battle scenes (including a back flip), more from the mad boy king Joffrey and his newly clean-cut uncle Jaime… less on the Starks, obviously.

I have not read any of the books from the back half of the Ice and Fire series, so I’m going into this new season virtually blind.  While I’m a bit nervous after hearing very mixed reviews about the direction of the story from here, the HBO adaptation has thus far proven itself a great improvement over the original b=novels in my opinion, and I’m eager to see what happens next on the small screen.

Check out the new trailer below!