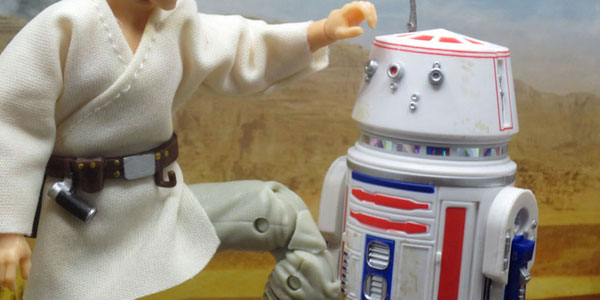 Hasbro’s Spring lineup for Star Wars is paying tribute to the original twelve Kenner action figures from 1977, and Gamestop’s exclusive R5D4 expands on the anniversary sub-series.

R5D4 is one of the first Star Wars characters we meet who bridges the very Star Wars-y gap of being completely useless on screen, while also enhancing the lived-in nature of the Star Wars universe. The droid’s only function on screen is– literally– to short circuit so Uncle Owen buys a different droid from the Jawas… but that coincidence sets in motion the rest of the story.

So despite his obscurity, R5D4 plays an essential role in the greater saga, while his malfunctioning also adds to the practical, pragmatic nature of the Star Wars universe. He’s a pretty cool non-essential character from Episode IV all the same, and that makes him the perfect candidate for a retailer exclusive, a compliment to the 40th Anniversary collection while not necessarily being part of the core “original twelve.”

The figure features entirely original tooling, and a great weathered paint job that matches the droid’s on screen appearance. I really like the holographic strip that runs beneath R5’s head, which breaks up the dingy white of the figure with a very eye-catching accent. Despite the great sculpt, the figure does suffer from one major issue, due to the very soft plastic used on its legs. On my figure, one of his legs bent around the main body while in the package, warping it pretty drastically. I did what I could to straighten the limb out, but there’s still a noticeable bend to one of the droid’s legs.

If you want to add a 6″ scale R5D4 to your Black Series, head to your local Gamestop. The figure is shipping right now, and is available in a number of their locations. He’s sold out online, but hopefully Gamestop will restock with a second shipment to meet the obvious demand for this obscure yet significant character. 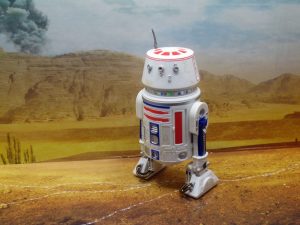 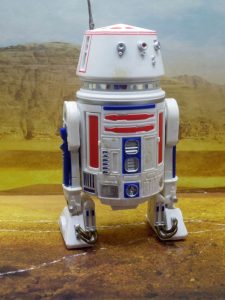 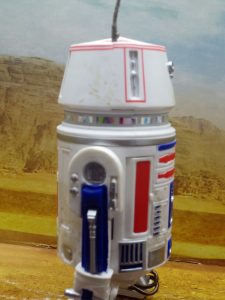 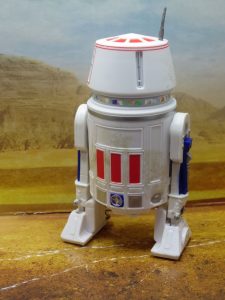 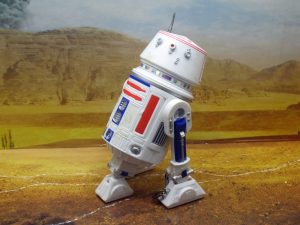 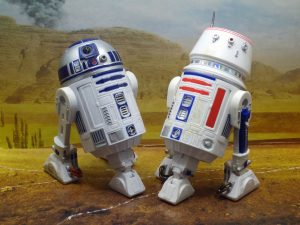 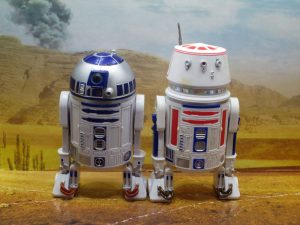 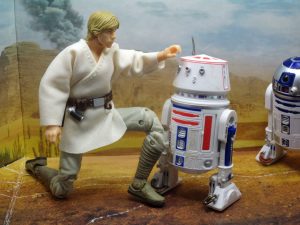 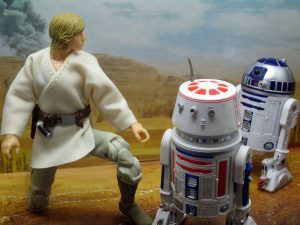 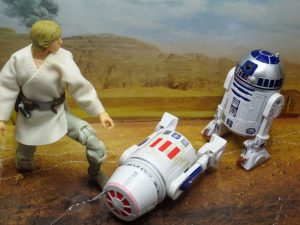 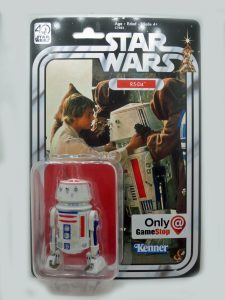