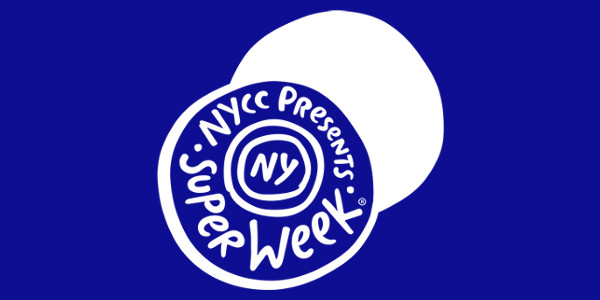 In celebration of this year’s action-packed video game programming, New York City sandwich shop No. 7 Sub will offer its You Fight to Win Guardian sub at all three of its locations – Ace Hotel, Plaza Food Hall and Brooklyn Bridge Park. This limited time specialty sub is a combination of Plasteel Plating (prosciutto), Sapphire Wire (roasted bean sprouts), Hadronic Essence (Thai Basil) and Ascendant Energy (pho mayo). No. 7 Sub will be offering a 10% discount for anyone who shows an official New York Super Week Card at all No. 7 Sub locations, in addition to the No. 7 Restaurant in Fort Greene and No. 7 North in Greenpoint.

Renowned New York City dessert restaurant Serendipity 3 will save the day with their Super-dipity Frrrozen Hot BLUE Chocolate— an indestructible BLUE blend of Serendipity 3’s new Frrrozen Hot White Chocolate topped with a heroic mountain of whipped cream, sprinkled with a flash of red, white and blue stars in a goblet protected by an S3 emblem and finished off with red and blue straws.

Celebrated Italian food hall Eataly will be offering a free Dr. Cone-Evil mini gelato cone (your choice of flavor) filled with Nutella and rolled in hazelnuts with the purchase of their Nutella Crepe Crusader (any Nutella Crepe on the menu) during their regular Nutella Bar hours 10:00 AM – 11:00 PM. Just flash your New York Super Week Card or New York Comic Con Badge October 5-11 for this sweet deal.

Two Boots Pizza will also be serving up a signature “super” pizza, and Courtyard Marriott official hotel partner of New York Comic Con and New York Super Week is creating three delicious cocktail concoctions with The Fantastic Pour, a bombastic Blackberry Basil Collins, a gargantuan Grapefruit Tonic dubbed the Tonic Boom, and Secret Identity a variation of The Modern. All drinks will be served at The Bistro at the Central Park Courtyard location.

Additionally Wikia, the Social Universe of Fandom and the ultimate source for pop culture, entertainment and gaming expertise, will be bringing back its popular Wikia Fantasy Food Truck; at the event these foods will be available for a special preview tasting. During New York Comic Con Wikia will be serving for free fan-selected fictional foods from popular games and TV shows: Nuka-Cola from Bethesda’s Fallout franchise, Cookie Cat from Cartoon Network’s Steven Universe, Mabel Juice from Disney XD’s Gravity Falls, and Greedy Milk from Warframe. There will also be a special bonus item: Critical Rolls from Geek & Sundry. Stars from celebrity chef Jamie Oliver’s Food Tube, DJBBQ and Dulce Delight, helped to create one-of-a-kind recipes for the fictional winning foods, which will be served on Wikia’s Fantasy Food Truck daily during the show, beginning at 2pm ET on Thursday, October 8 and running while supplies last.

“New York Comic Con and New York Super Week are true city-wide celebrations. As our Fans are traveling all across the boroughs, we want to be able to provide them with some fun – and delicious – offerings along the way,” said Lance Fensterman, Senior Global Vice President. “We want to thank our partners and encourage our Fans to eat, drink, and be geeky!”

These delicacies are additions to the already announced 2015 Brooklyn Defender IPA – an exclusive brew created as the Official Beer of New York Super Week and New York Comic Con.  The Brooklyn Defender IPA is a bright, juicy IPA with a reddish twist from a dash of roasted malt, a “super-powered beer” that will maintain constant vigilance to battle back the blandness lurking around the edges. This year’s rendition will be available at Brooklyn Brewery and select bars and restaurants across the Tri-State area, available for the first time bottled, as well as on tap.