GenCon 2013: A Night With Dungeons & Dragons 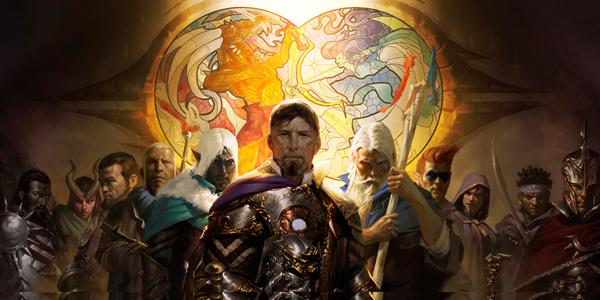 Dungeons & Dragons publisher Wizards of the Coast hosted a keynote this weekend in the lavish Indiana Rooftop Ballroom followed immediately by their Sundering launch event, “A Night with D&D”.  Mike Mearls, senior manager on the research & design team, took the stage to discuss what’s on the horizon for everyone’s favorite fantasy RPG.

Nearly two years ago, Wizards of the Coast had announced that the fifth version of the D&D rule set was under development and launched a public playtest hoping to build the best game possible based on the feedback from their fans.  Mearls revealed that over 150,000 people have since downloaded the rules for the upcoming edition, DnD Next, and they are now readying the final public playtest packet for a mid-September release.  At this point, the “Next” rule set is the most widely playtested version of any of the company’s roleplaying games to date and the process has been extremely beneficial in helping them shape the product based on the way participants have received it.  From there, he noted, there would still be much ongoing work, but confirmed the development is moving forward to the next step.

Beyond that, Mearls briefly touched on the launch of the Murder in Baldur’s Gate adventure as well as the release of R.A. Salvatore’s newest novel, The Companions.  Following fan-favorite drow ranger, Drizzt Do’Urden as he reflects on past adventures, The Companions is the first book in the overarching plotline of the Forgotten Realms saga, which uses the period known as the Sundering as its backdrop.  The events of the Sundering will weave through several different mediums and the cataclysm it brings will change the Forgotten Realms forever.  This will be followed over the next year by The Adversary, The Godborn, The Reaver, The Sentinel, and finally concluded with The Herald in June 2014.  There will also be unpainted miniatures released to coincide with these stories.  The Murder in Baldur’s Gate: Sundering Adventure I will be released on August 20th will include a 32-page adventure in addition to 64 pages of in-depth information on the city and its inhabitants.  The second Sundering Adventure book will be released on November 19th and titled Legacy of the Crystal Shard.

Mearls then addressed plans to bring a free-to-play Dungeons & Dragons game to Android and iOS devices titled Arena of War.  I was able to speak to one of the developers on-site, who walked me through a bit of the experience.  Essentially, Arena of War plays out like a multiplayer dungeon-crawler/RPG with a top-down perspective.  Players are able to form parties and try to defeat monsters in order to clear the area, collecting loot and equipment in the process.  I’m a sucker for lootfests and love spending time sorting through all my collected items, toiling over outfitting my character with the perfect weaponry and armor before taking on the next area – so this title looks like it will be right up my alley.  I’m just as skeptical as the next guy when I hear the “free-to-play” model thrown around as many companies use the freemium model to release games that are custom-made to be unplayable without tons of in-app purchases.  I was assured, however, that while impatient players may be able to invest funds to power up their character in a pinch, anyone will be able to grind on previous area in order to level-up enough to take on more difficult areas.  The cool thing is that the developers will be constantly gathering data pertaining to the encounters players have had in the game and this feedback will, in some way, help to shape some of the lore related to the story of the Sundering.  Check out the trailer below and then pre-register at http://www.dndarenaofwar.com to earn the free ultra-rare power, “Cause Fear,” and to be alerted via email as soon as the game is available for free download.

In addition, Mearls touched on the release of the Capcom-published Chronicles of Mysteria of XBLA and PSN as well as an expansion for D&D Online titled the Shadowfell Conspiracy which will be released soon.  Cryptic will also be delivering an expansion to the Neverwinter MMO on August 22nd.  Really though, the biggest news on the digital front was the reveal that Playdek, developers of the excellent mobile iterations of Agricola, Ascension, & Summoner Wars, will be working on an upcoming release of D&D: Lords of Waterdeep.  Modeled after Euro-style worker placement mechanics, LoWD an utterly fantastic game and will most definitely translate into an amazing experience on mobile devices, especially in the hands of Playdek.  This will be one to watch out for (and thankfully, you won’t have long to wait as they are expecting a 2013 release!)

Wrapping up the event was a recap of the SDCC announcement that, as Wizards of the Coast continue to adapt D&D into an accessible, contemporary property, they have partnered with Kre-o to release a line of Dungeons & Dragons themed figures.  The playsets currently planned include such characters as Dagult Neverember, Wulfgar, an Orc Wardrummer & Beastmaster, and the Paladin Isteval.

Overall this was a brief but exciting presentation from Wizards.  While fans may be disappointed that there is no set date in sight for the Dnd Next release, they are clearly working to make this the greatest version of D&D yet.  The Sundering backdrop feels ominous and I’m interested in how player feedback will influence events and continue to shape the future of the realms.  Check out some stills from the event below as well the the killer artwork planned for the new novels and adventures. 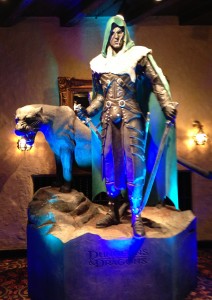 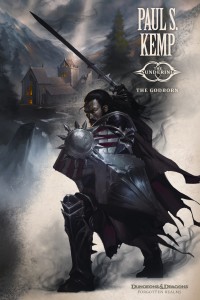 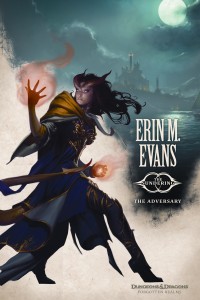 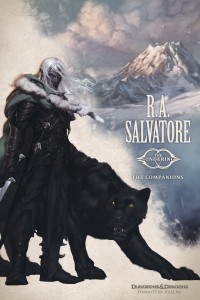 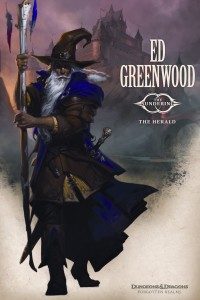 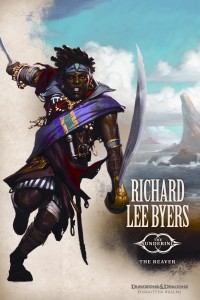 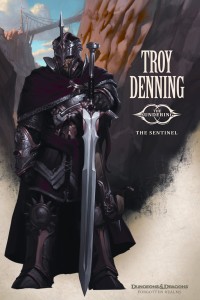 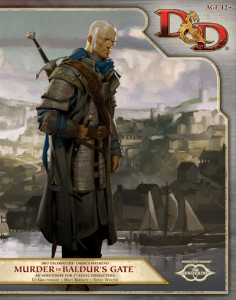 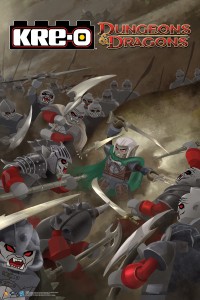 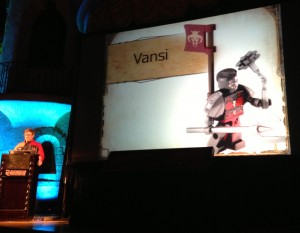 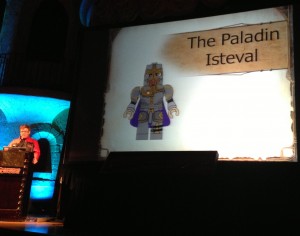 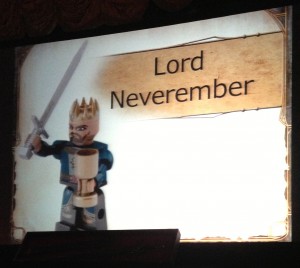 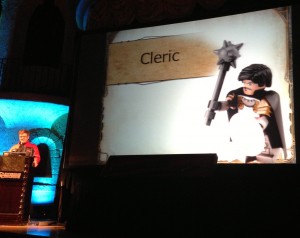 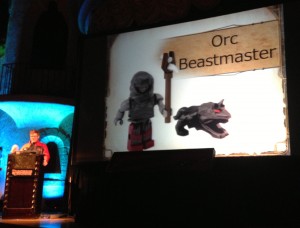 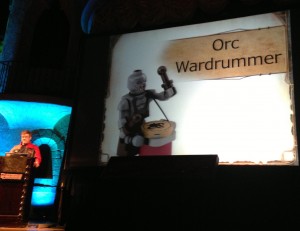 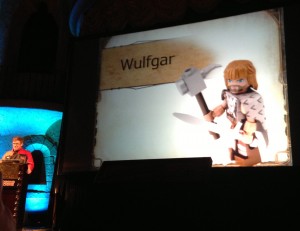