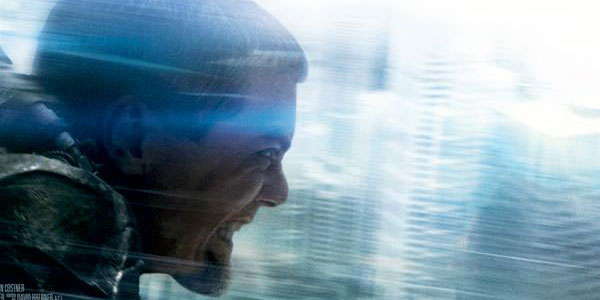 Are we going to see the scariest comic movie villain since Heath Ledger’s Joker?

Michael Shannon’s General Zod takes center stage in the newest Man Of Steel trailer, which is remarkably different in tone than the last few looks we’ve had at the new Superman movie… although it’s every bit as good.

The new trailer is short, clocking in well under two minutes, but it’s crafted very well to establish the threat of our main villain, and lending some new insight to the still largely unrevealed plot of the movie– Zod wants Kal-El, and he’ll tear down the entire planet to get him.  There’s lots of action in these clips, which judging from what we’ve seen looks every bit as stunning as the visuals that made Zack Snyder a name.

There’s an intensity to what we see here, but even though this villain-centric bit is way darker than the majestic, almost whimsical wonder that preceded it in the last trailer, it doesn’t feel rote.  I think Zod will present a VERY dire threat, but not a rehash of the grim and gritty approach Christopher Nolan took to Batman’s entire rogues gallery.  That model fit Batman, but not Superman, so I’m glad to see they’re operating on a very different tone… at least, going from these trailers.

There’s not much more to say, I guess.  Man of Steel already wins as far as trailers go– these brief glimpses into the new cinematic Superman and his world have been better than pretty much any other trailer (and some movies) this year.  I’m really hoping the feature delivers on all of the awesome packed into these teasers.