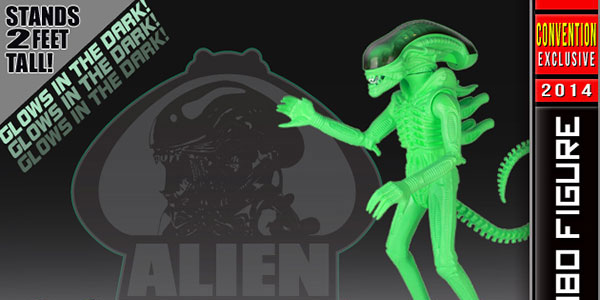 At Comic Con, no one can hear your wallet scream…

Gentle Giant has been revealing their impressive lineup of high end SDCC exclusives over the past few weeks, and there’s a lot to love, especially for Star Wars fans.  This year’s show will see a new jumbo vintage Star Wars figure, the AT-AT Driver, as well as two new mini-busts, based on portly X-Wing pilot Jek Porkins and Luke Skywalker, based on his early Ralph McQuarrie concept art.

In addition to those, Gentle Giant will also feature a Rocket Raccoon mini bust based on his Guardians of the Galaxy movie appearance, which looks to be the best sculpt I’ve seen for this little critter in any collectible format.

The king of Gentle Giant’s line, though, is the jumbo vintage Alien, in a special glow in the dark colorway.  This huge beast will clock in over two feet tall (!!) and is based on the design of the classic Kenner Alien figure from 1979.  It’s a great looking piece, which will be extremely limited to 250 pieces, and which will set you back $500.  That’s too rich for my blood, but damned if it’s not a cool looking toy.

And the R2-KT Maquette is great!  In case you’ve never heard of this little pink Astromech droid, it was created by Albin Johnson, founder of the 501st Legion, master droid builder Jerry Greene and the R2 Builders Club, for Johnson’s daughter Katie.The real-life R2-KT visits children’s hospitals and other charity events, and has made such an impact that the droid has even become an official part of StarWars canon.  Not only does Gentle Giant’s statue serve as a cool tribute to this special droid, but the company will donate $10 of every sale of R2-KT to the Make-A-Wish Foundation… How cool is that??

Gentle Giant is one of the companies that allows non-attending fans their shot at exclusives, as well.  So if you’re not going to Comic Con but still want to add one of these great pieces to your collection, click the links below and preorder now.

Jumbo Glow in the Dark Alien 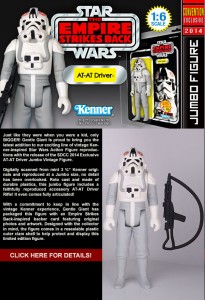 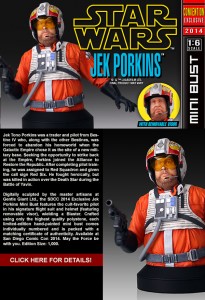 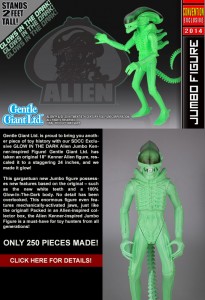 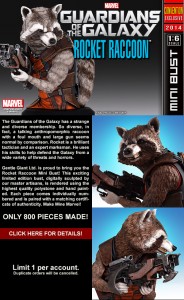 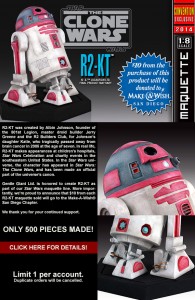