Ghostbusters 3 Getting (Re) Animated? 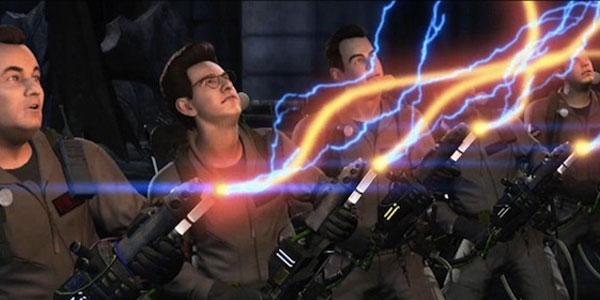 The third Ghostbusters outing could come to life as an animated feature.

Ghostbusters 3 has been victim to so many false starts and abandoned or retrofitted concepts that it may as well be dead.  Stars have come and gone (or in the case of Bill Murray ranged from outright refusals to noncommittal maybes)… past concepts like “Ghostbusters in Hell” have been lost to the ages, while others were spun off into the 2009 video game.

In the Ghostbusters’ world, dead doesn’t mean done, and Ivan Reitman and Dan Aykroyd remain almost alarmingly committed to getting this seemingly-cursed project off the ground.  The latest rumor for a third feature popped up recently at Bloody Disgusting, who are reporting Ghostbusters 3 may be an animated feature, which… actually might not be that bad an idea.

Animation would let the cast and creators have as much (or as little) control as they wanted, and the prospect of getting lots of money for a few days’ of voice work might be exactly what it takes to get Murray to join up for real.  On top of that, let’s be honest– Ghostbusters happened a long time ago, and none of the crew look anything like they did back then.  With animation, the appearances of the iconic foursome could be better realized (and less shocking) than seeing a doughy modern-day Egon or a white-haired Peter in live action, 25 years later.

Honestly, I think Murray is right– this project is likely just a bad idea, one he’s probably wise to steer clear of.  If this latest news evolves from rumor to reality, though, I’m still gonna root for the movie– I love the original, and I’m one of the few who doesn’t really mind the first sequel.  And even if a new installment had disaster written all over it… I know I’d be there, front and center on opening night, regardless.