The New Ghostbusters Suit Up

See the all new team, in uniform and ready to bust some ghosts.

We’ve seen the cast, we’ve seen the uniforms, we’ve seen the Ecto-1… but now thanks to director Paul Feig (more specifically his Twitter feed), we see them all together, as Leslie Jones, Melissa McCarthy, Kristen Wiig and Kate McKinnon gear up for the first, official cast photo from the new Ghostbusters movie. 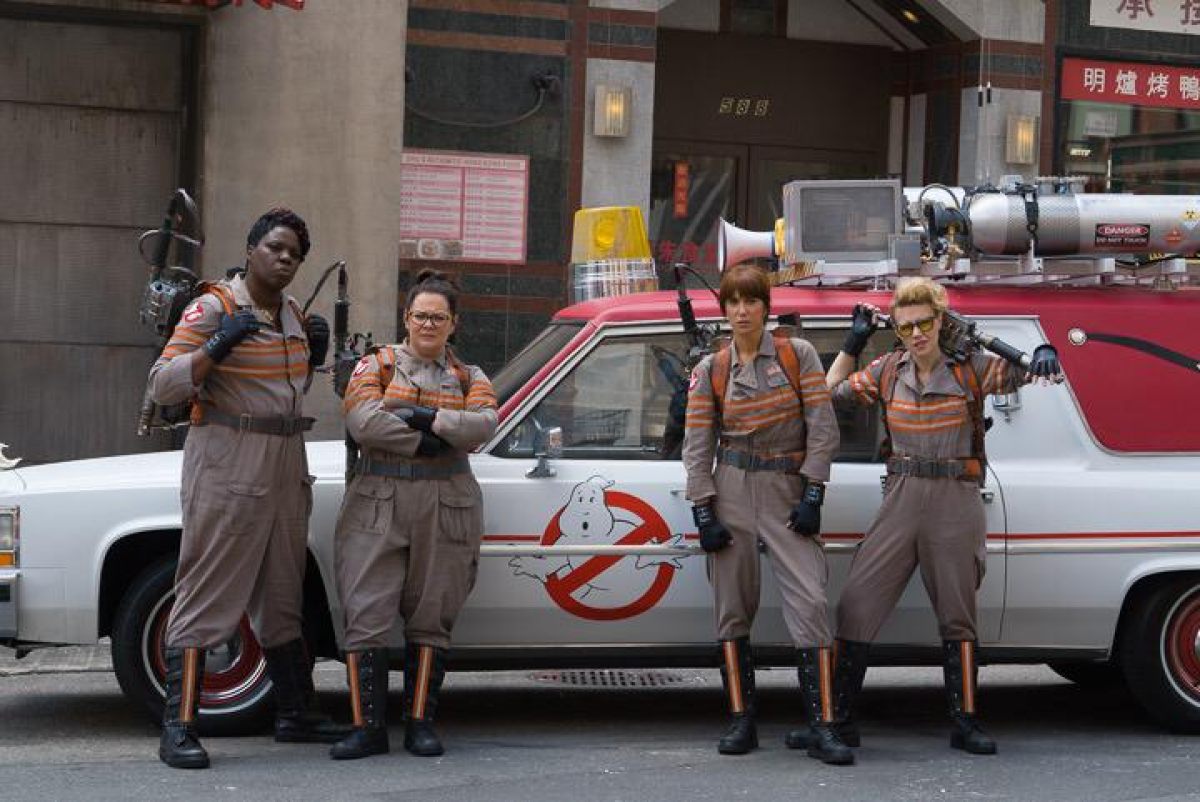 I like it!  Each of these women is a strong talent, and I’m hopeful they can not only bring a fun chemistry to this movie… but one that feels unique rather than a knowing wink to the original four ‘Busters.  I have faith in them, honestly.  I also have faith in Feig, who’s proven himself a pretty capable director.  And I really love the revamped suits and car… I wasn’t totally sure about the orange stripes at first, but seeing them coordinate with the laces of the boots makes the whole outfit come together.  The suits are obviously strongly inspired by the classic ones, but unique enough to distinguish themselves.

It’s very possible that this movie will still suck, and equally possible that a new Ghostbusters is as terrible an idea as it sounded way before any of these folks became involved with the project.  But I think this cast and this director have just about the best shot possible to make a solid entry to the (I guess) franchise.  I’ve definitely got my fingers crossed…