GI Joe Club Round 2: Quarrel Vs. The Nano BAT 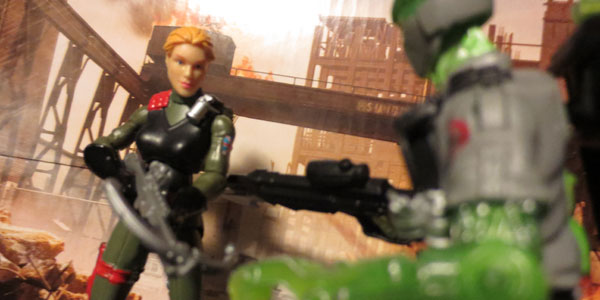 Quarrel and Nano BAT, the first GI Joe Club subscription figures we ever saw, make up the January assortment.

When the GI Joe Collector’s Club first announced their Figure Subscription Service, they revealed two figures to be included– Quarrel, the UK Action Force version of Scarlet, and the Nano BAT, a new variant of the android trooper with a translucent green deco.  This pair of figures makes up the second of six installments in the sub series, and are shipping now to subscribers (with extras likely to be available on the Joe Club website shortly). 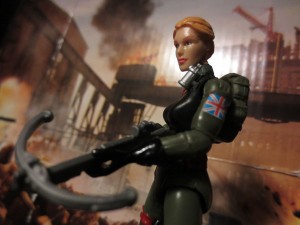 I was excited when these two were first announced– I’ve always been a fan of Action Force, so Quarrel, essentially Scarlet but in a keen black and olive green outfit with blonde hair, is a welcome addition to the international collection. Nano BAT was designed by Hasbro for a later release under the Rise of Cobra movie collection, but never made it, so having the Club resurrect the concept was equally cool.

Now having the pair in hand, I’m happy enough with them, although I can’t help but feel we were spoiled by the other, more elaborate figures in the Sub Service… this pair seems very basic in comparison, essentially straight repaints with no new tooling.

Quarrel uses the 25th Scarlet base to give a nice classic take on the UK trooper.  She features a short hair Scarlet head from the pilot figure, which matches the short cropped style of her classic figure, and has a nice Union Jack flag stamped on the shoulders of her uniform.  Quarrel is a solid entry, but the recent female figures Hasbro has done since this Scarlet are such a step up, I almost wish the Club had gone with an updated, modernization of this character, which would make for a more visually striking figure.  On the plus side, going classic makes her fit in perfectly with the impossibly hard to find 2009 Blades figure (a repainted black and silver Tripwire), and would suggest we’d see other simple repaints like Gaucho (a red and brown Gung Ho) to complete the Action Force. 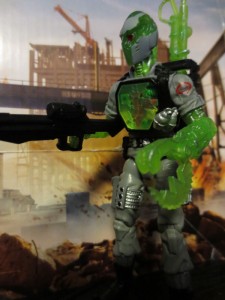 Nano BAT is a fun figure, with a cool translucent green that makes him stand out nicely amongst the BATs.  The new robot features an identical sculpt to the other 25th BATs, however he switches out the working holster for a static leg pouch.  The Nano BAT, infused with the first movie’s Nanomites to increase his destructive capabilities, includes the same swappable arm weapons as other BATs, along with a rifle and a capture claw staff, so he’s packing a decent amount of gear. Nano BAT is the only troop builder in the Sub, and this is his biggest downfall.  Not unlike the Constructicon BAT in last Summer’s Shockwave HISS Tank, the limited numbers and much higher costs will make Nano BAT difficult to army build. I’m okay having only one in my ranks, like the Constructicon, but for die hard troop builders, the inability to amass a squad of these guys without breaking the bank is a shame.

I like that the file cards tie these two figures together, as the Nano BATs are invading England and Quarrel leads the Action Force charge to put them down.  Each month’s pair of figures will be somehow connected, and this seemed like a more creative way to marry two figures than last month’s simple “both are ninjas” concept.  What we see in this installment is a pair of solid entries that definitely have their place in a GI Joe collection, but neither is nearly as exciting as the likes of Big Boa, Cover Girl, Iron Klaw or even last month’s Dice and modern Jinx.  I’m glad to have both these figures, and even more glad to get them out of the way, so we can hopefully move on to more exciting figures in February. 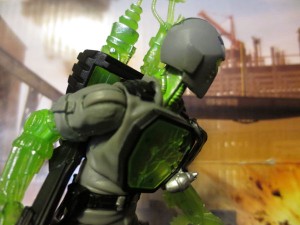 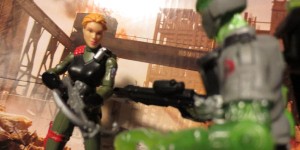 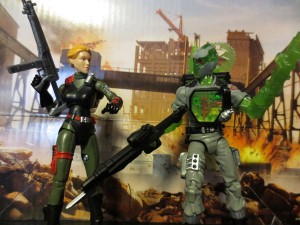 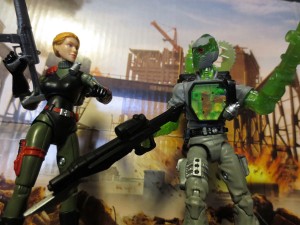 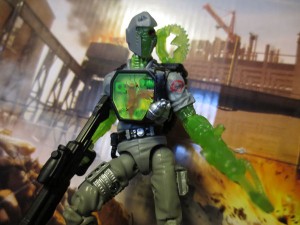 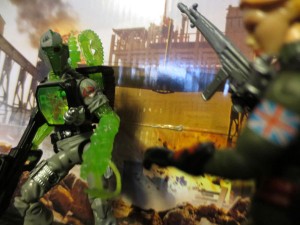 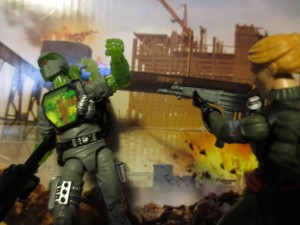 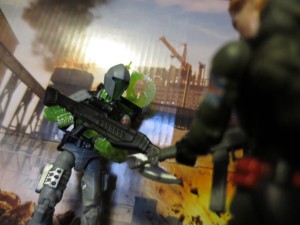 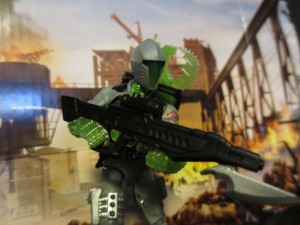 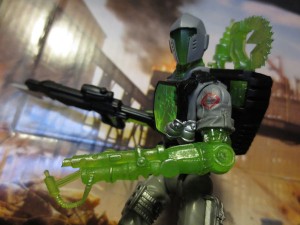 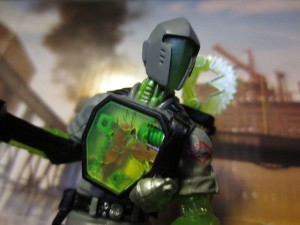 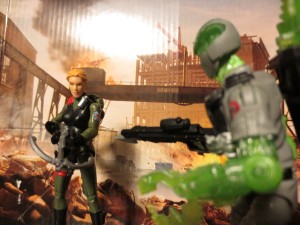 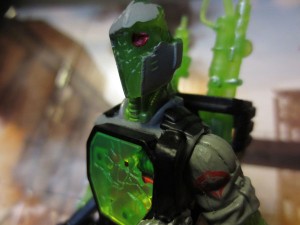 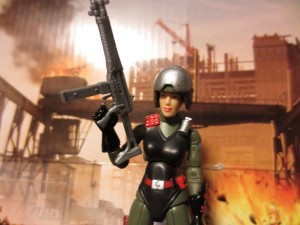 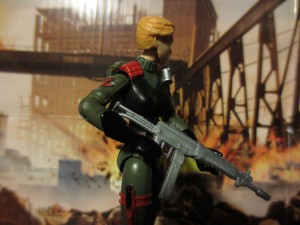 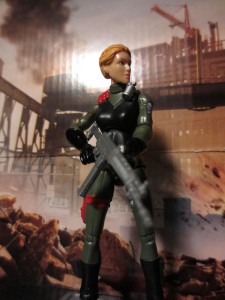 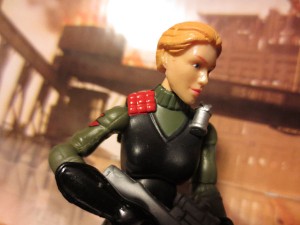 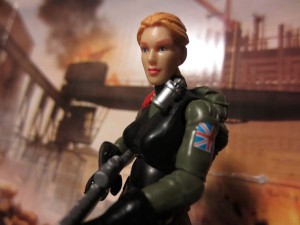