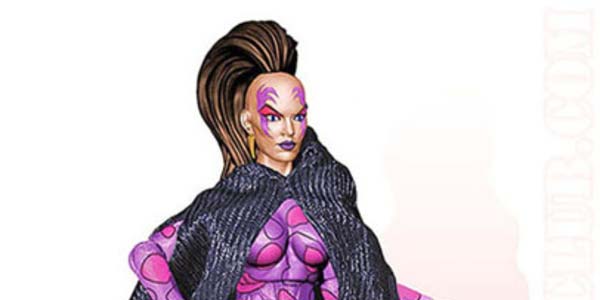 More often than not, the GI Joe Club does a great job when selecting their annual Club membership incentive figure, and 2016 will be a truly exciting one.  Since the GI Joe movie made its debut in 1987, many of us have been longing for an action figure based on Pythona, the emissary for Cobra-La, the snake creatures/ insect that served as the film’s main villains.

Weirdly, Hasbro released a Cobra-La three-pack back in ’87, but Pythona was snubbed in favor of Cobra-La’s leader Golobulus, Nemesis Enforcer, and a Royal Guard.  Since then, only Nemesis Enforcer has surfaced in the Modern Era, but next year he’ll be joined by the first, ever Pythona, and based on this mockup, she’s gonna look pretty cool.

The new headsculpt is great, with a sinister, serpentine portrait that fits the character perfectly.  The soft goods cape is a wise choice, so as not to limit her articulation, and the colors of Pythona’s bio-mechanical blue and purple suit make her look appropriately weird.

I had personally hoped the Joe Club would get their hands on the line-less body Hasbro uses in their Marvel Universe series, but the Rise of Cobra Scarlet body works well enough, adding a texture that (fingers crossed) will work well alongside the swirling colors of the figure’s costume.  I did have to laugh out loud when I scrolled down to see Nemesis Enforcer’s tentacle backpack being passed off as a “tentacle creature,” but whatever– it was never accurate to Nemesis, either, so maybe it can be the requisite Cobra-La figure pack-in, like the Horde’s crossbows in the Masters of the Universe line.

Pythona will only be available as the GI Joe Club’s incentive figure, and will be included for free with the annual membership subscription.  This is NOT a figure to miss, so I’m at this point already committed to another year with the Joe Club.  I doubt I’m the only one.

Read more details below, via the GI Joe Collector’s Club:

The COBRA-LA EMISSARY: PYTHONA is the official G.I. Joe Collectors’ Club FREE Membership Incentive Figure for 2016! This FREE modern era action figure will be sent to any G.I. Joe Club member that selects the 3 3/4-inch figure option and whose membership is active by March 16, 2016. This exclusive and never before released female figure features an amazing NEW head sculpt with removable hairpiece, along with other unique parts to re-create her unique character from the 1987 animated feature… G.I. Joe: The Movie!

Make sure to check out the November 2015 issue of the official GIJCC magazine to see her full character artwork and special behind-the-scenes images of her design.

GIJCC Members can expect to receive this exclusive bagged figure with all her accessories and file card in late spring/early summer of 2016! 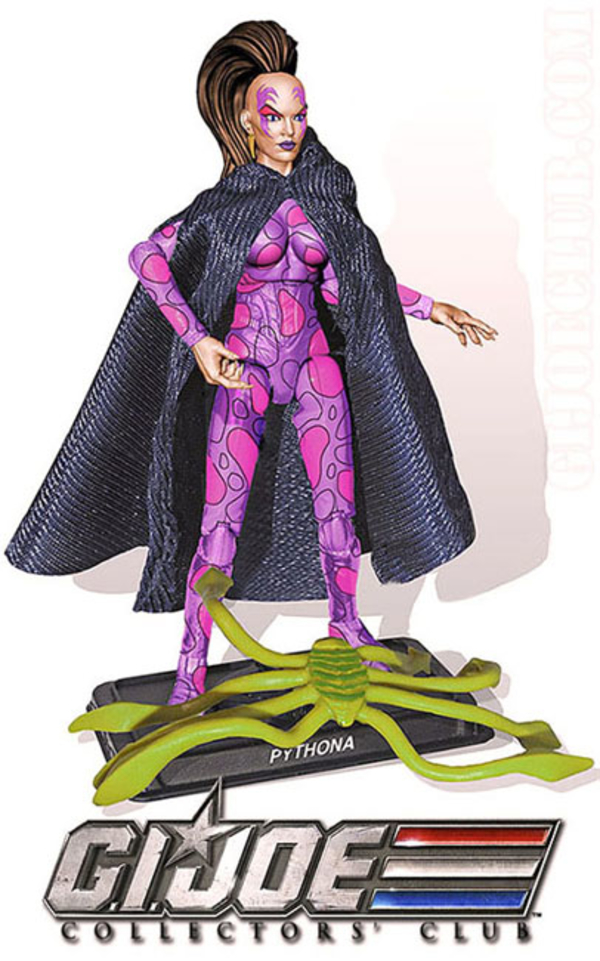