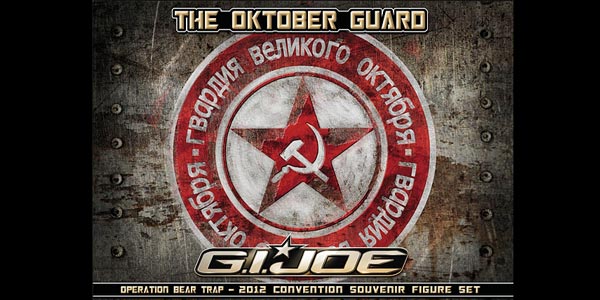 If you were hoping for Voltar or Annihilator, you better keep waiting…

With their second figure reveal in as many days, it looks like the GI Joe Collector’s Club is making up for lost time in their efforts to reveal their full 15-figure Joe Con exclusive set in time to open registration so at least some people will be able to plan a trip to this year’s Joe Con.

Yesterday it was confirmed that the Oktober Guard would be facing the Iron Grenadiers in this themed box set, and now we’ve got another Grenadier on display… another trooper building Iron Grenadier. 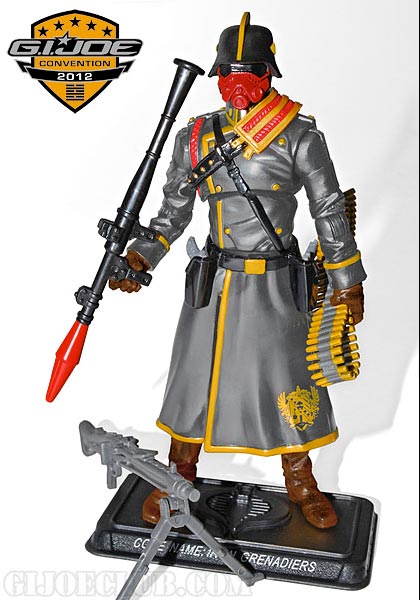 I mean, he’s not a bad looking figure… I actually like him way more than yesterday’s trooper.  But the reveal of this pair of soldiers makes it pretty obvious our bad guys in this set will be the ones from the cancelled IG 5-pack from a few years ago: 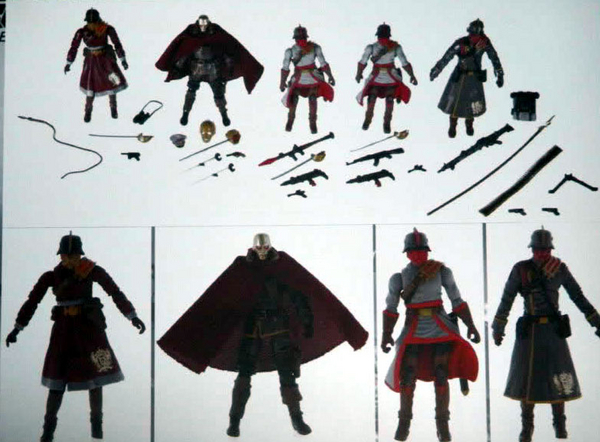 While it’s cool of the Club to save this set from cancellation, it seems to me like the Iron Grenadiers are one corner of the Joe mythos still in need of lots of 25th-style updates.  I like these kitbash troopers OK, but getting these guys instead of T.A.R.G.A.T., Annihilator, Voltar, Metalhead, Darklon or Raptor just seems like a letdown.

As far as future reveals go, I’d bet a pretty penny that the brown-coated IG is on tap next (with a pair of them included in the set), then we’ll switch back to the final two Oktober Guard before the final unveiling of the Grenadiers’ commander. Wishful thinking says it will be Voltar, but the practical me looks at that photo and begrudgingly admits it will probably be another Destro.