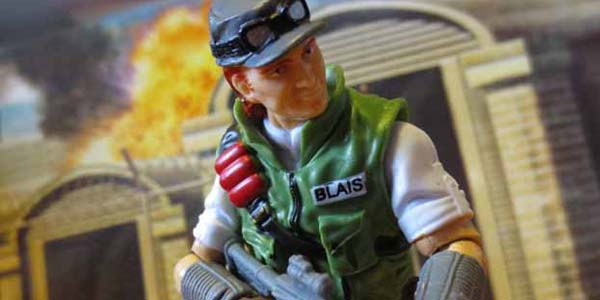 Cross-Country is one of the few Real American Hero characters who has yet to make it to Hasbro’s Modern Era collection, but that’s changed thanks to the GI Joe Collector’s Club.  The HAVOC driver serves as this year’s Collector Club membership figure, and he’s a huge step up from last year’s disappointing Iceberg.

Most of that credit goes to Boss Fight Studio, the toymakers who designed this guy– and really knocked it out of the park!  With an all-new head sculpt and vest, Cross-Country is one of the most unique and “new” feeling figures we’ve seen from the Club in ages, and the new pieces do a wonderful job of replicating the character’s classic look from the 80s. 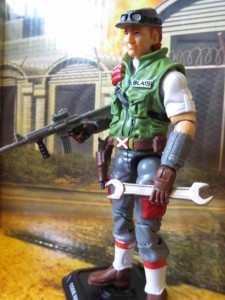 The mix of body parts here works well, with the Pursuit of Cobra Viper arms offering a great range of motion, some realistic detailing to match the well sculpted new vest and hat, and even add in some welcome wrist hinges.  The smart arm choice makes it easy for Cross-Country to hold his rifle, pistol, or his wrench, which make for the perfect mix of gear for the driver/ mechanic.

The figure’s colors match the vintage figure well, and are applied clean and crisp.  The only design flaw is the elbows– while the upper arms are cast in flesh tone plastic, the forearms are grey with skin tone paint applied.  While it matches in color to the upper arms, the paint seems like it will chip easily with too much posing of the elbows, which is a shame on a figure otherwise this good.

Boss Fight has done some great work in this scale both for Hasbro and the Joe Club, and Cross-Country is one of their best faces– his grin is subtle enough not to seem out of place with the more neutral head sculpts, but has a sense of cockiness perfect for this Joe trooper.  While he was originally intended to feature his Confederate flag belt buckle, the final figure wisely dropped this detail in lieu of a white “X” pattern instead.  I’m sure there’s some folks sad to see the southern/ redneck insignia go away, as a decent human being I’m more than happy it was cut.

I couldn’t be happier with the final result of this figure, who features a killer sculpt, smart parts use and great accessories.  While the deadline to sign up and get Cross-Country has passed, the Joe Club still has him available on their website, along with a lazy version of his HAVOC vehicle.  Next year we’re getting a probably underwhelming arctic Dr. Mindbender, but I’m happy that 2014 wound up being a really good year for the Joe Club’s figure choice. 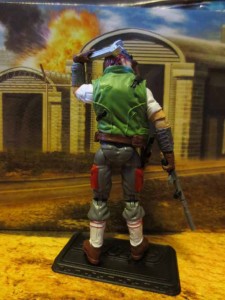 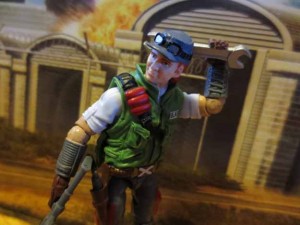 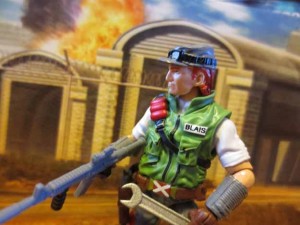 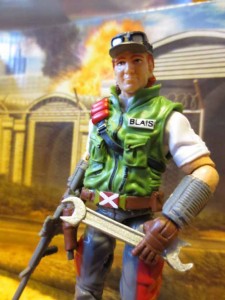 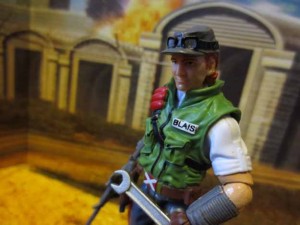 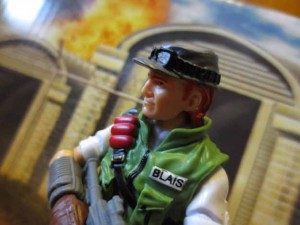 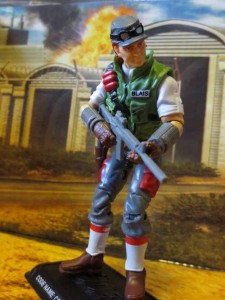 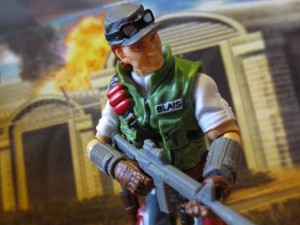 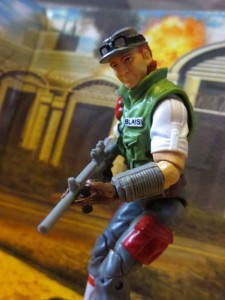 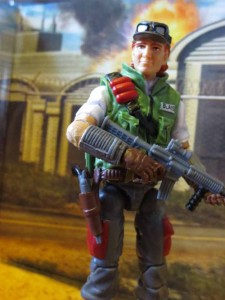 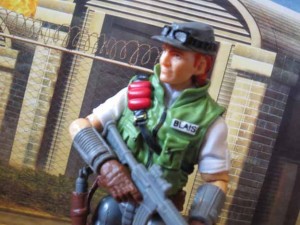 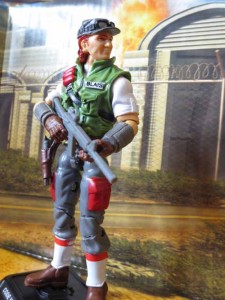 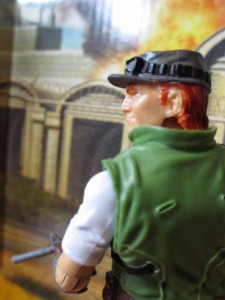 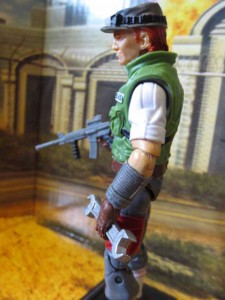