GI Joe Club’s FSS 3.0 Goes Out In a Blaze of Glory 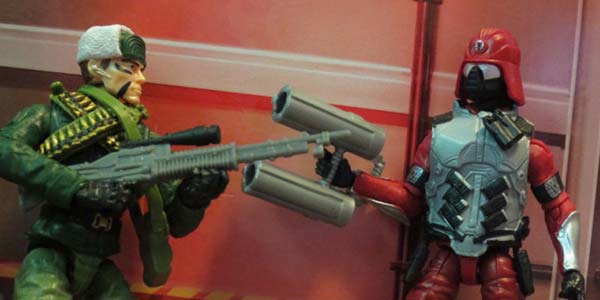 The final three figure in the GI Joe Subscription Series are fantastic.

I’m often very conflicted when it comes to reviewing the GI Joe Collector’s Club’s products.  I’m aware that, while they produce fully sanctioned GI Joe action figures intended to be part of Hasbro’s over-arching collection, they are self-funded and don’t have nearly the same resources of the world’s biggest toymaker… or even an independent toy company, for that matter.

This is the context in which I view each release the Joe Club puts out, which I find helps soften the blow when they fall short (usually), but also leaves their best toys feeling like an even bigger revelation.  I’m happy that, after a few ups and downs along the way, the final month of FSS figures feels like one of these truly brilliant revelations.

We knew about two of the figures in this round, the final pair of figures from the 12-part set.  In this closing round we get Big Ben, the Special Action Force Commando, as well as a Crimson Guard Immortal.  These guys are both well done, certainly earning their place in the Modern Era of GI Joe figures.  But it’s the secret 13th figure, only available to FSS subscribers, that left me completely blown away by this set.  Frostbite, the final major soldier in the Joe team’s arctic squad, gets a perfect Modern Era update, a figure light years ahead of the Club’s own previous arctic soldier, Iceberg. 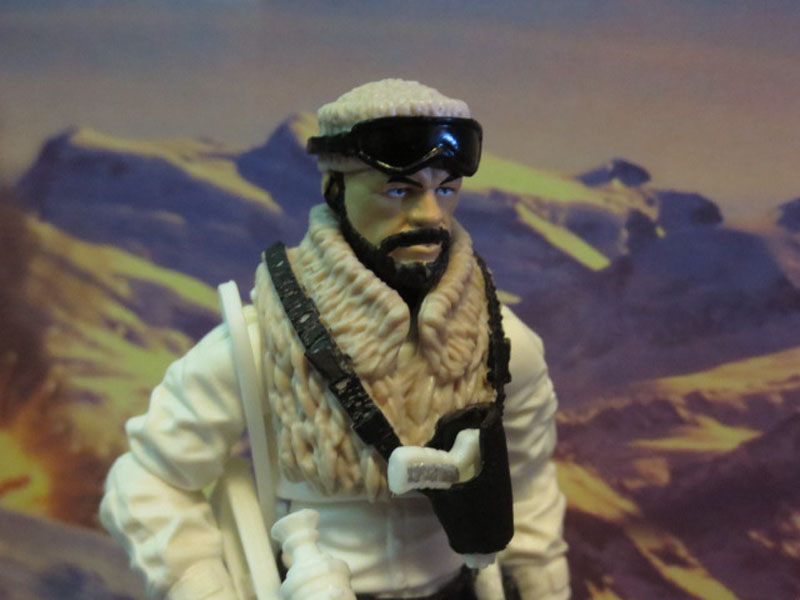 Frostbite is awesome, with a good mix of parts offering a sense of proportion and the accurate bulk that an arctic trooper needs.  He sports an all new shoulder overlay and a new Boss Fight Studio headsculpt that looks great.  The Snow Cat driver comes packed with two pistols with holsters, a white rifle, a pair of binoculars, and as a wonderful added touch, Frostbite’s goggles are a separate piece so he can wear them over his eyes or resting on his furry hat.  I’m actually surprised to see such a major character included as the 13th “freebie” in this series.  The first FSS set included Blackout, a newer villain who didn’t have as much of a Real American Hero connection.  FSS 2.0 included the notoriously lame Grand Slam variant, who was the textbook definition of a wasted subscription slot.  Frostbite, however, swings even further back in the other direction, as both a great figure and a very necessary one in terms of completing the RAH collection in the Modern styling. 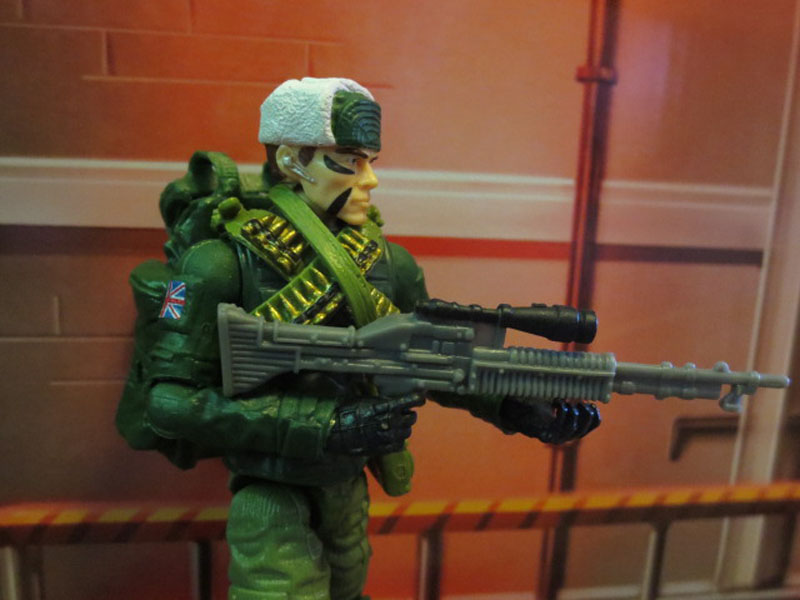 Big Ben also helps get us there, and his new figure is pretty solid.  While not the show-stopper that Frostbite is, Ben also sports a nice new headsculpt courtesy of Boss Fight, as well as some great tampo work for his Union Jack and SAF shoulder patches.  Big Ben features a machine gun and backpack, just like the vintage figure, as well as dual bullet bandoliers, a small rifle, two grenades and a knife (all of which can store in his backpack). 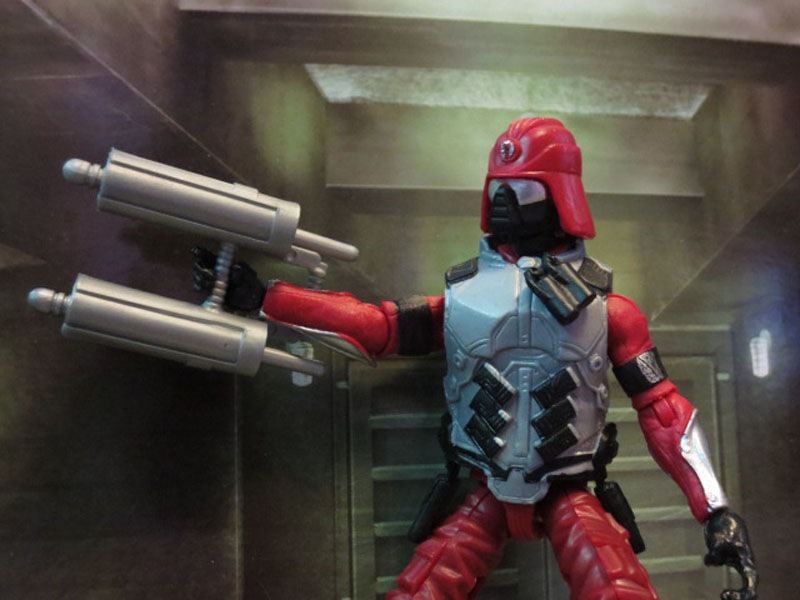 Ben’s Cobra adversary is from the same early 90s era, bringing the Crimson Guard Immortal to the Modern Era.  He’s another solid release, with what appears to be a reworked vintage headsculpt, smart reuse of Pursuit of Cobra Firefly’s web gear, and an awesome Crimson Guard flag.  This guy also comes packed with a standard CG rifle as well as a recast of the dual missile launched included with the original figure, which definitely complete his classic look.

I understand the small run, limited release premium model the Joe Club uses for their figures, and it makes sense in context.  Obviously, a $30 to $40 price tag is not something everyone is willing to pay for a 4″ action figure… and I’ve been grappling with it for the duration of the FSS concept, myself.  But it’s figures like Big Ben, Crimson Guard Immortal and Frostbite that make this steep cost feel worth it.  We now know that Hasbro is retiring from their own Modern Era, meaning the Joe Club will soon be our only resource for this format of action figures.  If future releases can match the quality of this trio, I think GI Joe’s future is definitely in good hands, regardless of the cost. 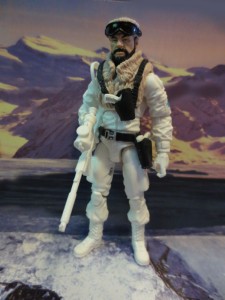 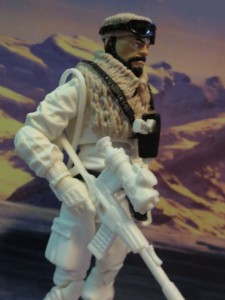 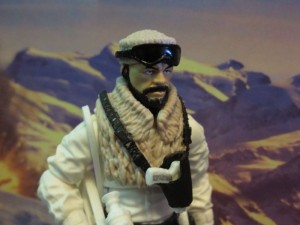 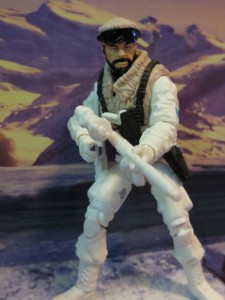 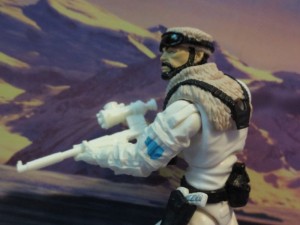 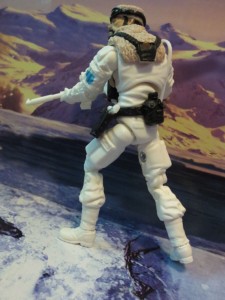 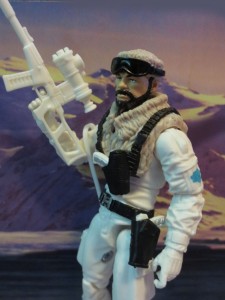 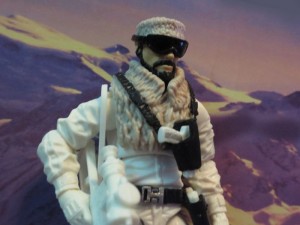 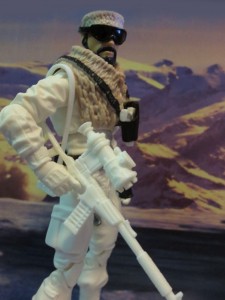 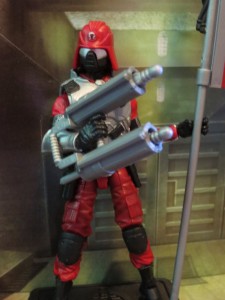 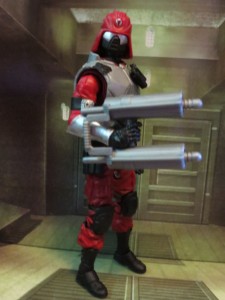 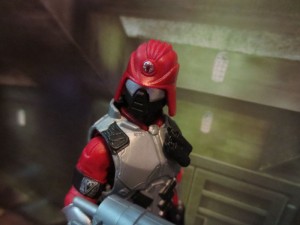 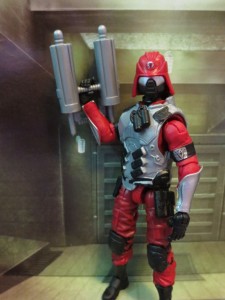 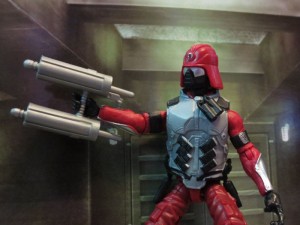 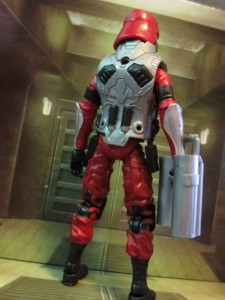 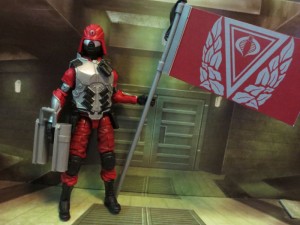 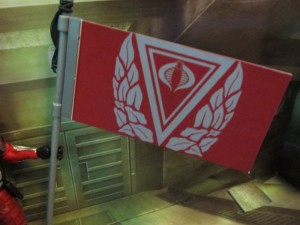 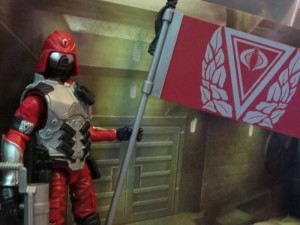 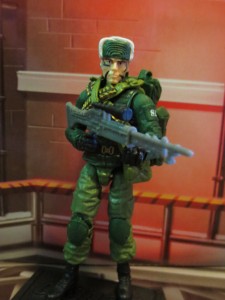 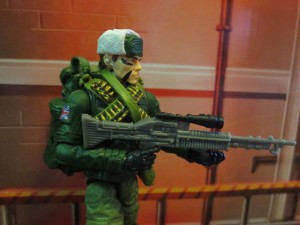 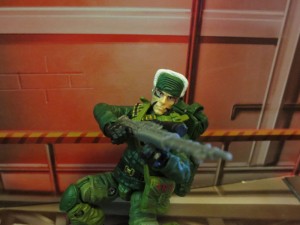 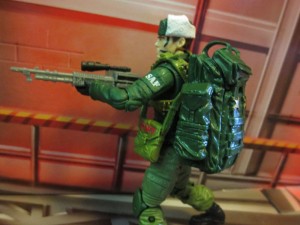 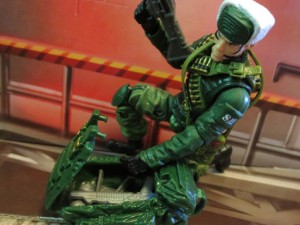 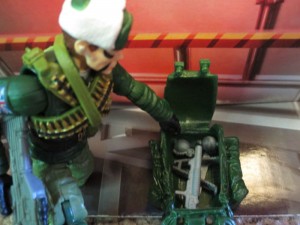 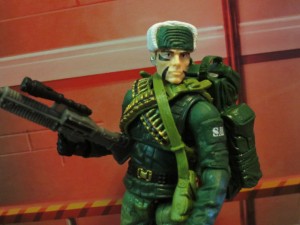 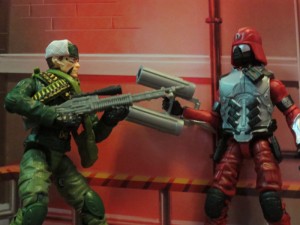