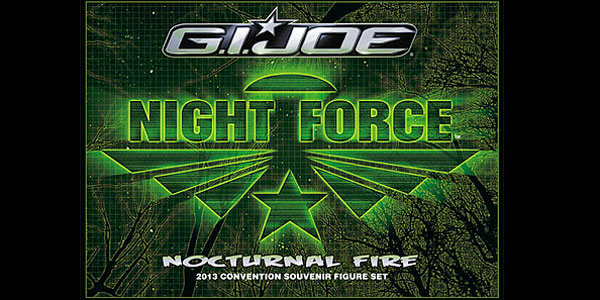 The G.I. Joe Club has released the brochure for this year’s G.I. Joe Con, including details on the 2013 exclusive box set, Night Force: Nocturnal Fire.

The Joe Club changed things up a little this year, releasing the official brochure for the 2013 Joe Con– taking place in Indianapolis, IN April 4th through 7th– before revealing the figures in their annual convention exclusive box set.  This year’s set has now been revealed, and features a squad of six Night Force themed Joes, along with some heavy munitions– and heavily demanded– 25th Anniversary updates to some major Cobra troops.

Here’s the description from the Joe Con brochure:

G.I. JOE: Night Force is a covert unit specializing in nighttime surveillance and defensive operations. Each team member has been selected for their enhanced skills, sophisticated hardware and advanced technology to surprise and vanquish any enemy!

This fan favorite and highly requested team contains several of the classic Night Force members and some new additions available for the first time in the modern era 25A style.

The Cobra Demolitions Team is ready to take on any obstacle that gets in their path of destruction. Led by the mysterious Cobra Mortal, he employs Cobra Letal and the deadly saboteur Crimson Asp (NEW female character). Their specialized troopers include: Cobra Frag-Vipers x 3, Cobra S.A.W.-Vipers x 3.

This promises to make for one cool box set– six classic Night Force figures (three of whom we’ve never seen in modern/ 25th style until now), two long-demanded Cobra troops, and a trio of Cobra characters.  For those not in the know, Cobra Mortal is a South American figure who used the Snake Eyes mold in a funky silver chrome/ crimson red deco,  He was an oldschool foreign release and should make a great companion to the 2011 Cobra de Aco figure.  Cobra Letal is a later-era South American release, using the Frag Viper mold in bright green… he remains one of the most desired Joes from the RAH era.  Crimson Asp is a new character, but we may have gotten our first look at her already…

Alongside this announcement, artist Jimbo Salgado has posted concept art for many of these characters on his Facebook page, which suggests he was commissioned by the club and these are likely the final figure designs we’ll see in April.  Most interesting is another new character he has an illustration for, a female Joe pilot named Freestyle.  Since she’s not mentioned in the box set, could this new character make her debut as one of the Club’s on-site exclusives?  You can check out  few of Jimbo’s illustrations below, and the rest can be seen HERE.

I’m getting a great late 90’s era vibe from this set, and even though we know all the characters in the box set, there’s plenty to speculate on… who else do you think we’ll see as on-site exclusives (not announced until the show begins)?  Did the Club really hint at glowing vehicles??  And possibly most interesting– with Psyche Out, Spearhead and Max, and Muskrat never being realized in the Modern Era line… will their classic colors repaints be part of the second Figure Subscription Service?

Speculate below, while finding the best way to get to Indiana this April! 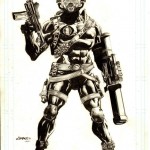 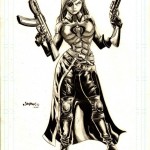 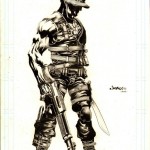 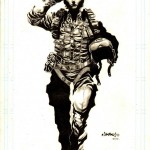