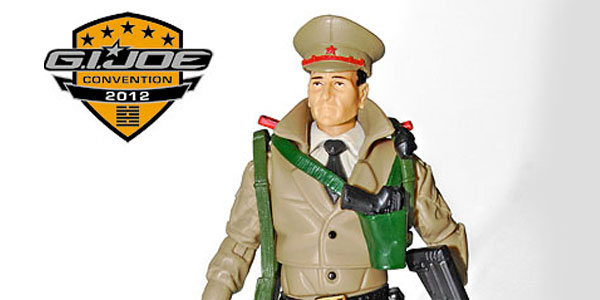 The GI Joe Collector’s Club has revealed the third figure in their 2012 Convention exclusive figure set… The Oktober Guard gets an Officer in the form of Col. Brekhov!

Whether this is the first Brekhov figure or not is getting into semantics a bit (since he’s been pretty synonymous with Red Star in Hasbro’s muttled Oktober Guard release history), but here we get a figure way more unique than I was expecting… Rather than recast a Red Star body, the Colonel is depicted in his dress uniform (complete with tactical battle tie) and an all-new headsculpt with removable hat.

The Club has really put way more effort into their Oktober Guard set than I thought we’d see, and it’s becoming more evident why it took them a while to kick off these figure reveals. I still think we’ll see all six OG teammates before their opponents are revealed, although the buzz around the remaining for figures is strongly suggesting Iron Grenadiers… Considering both Voltar and Metalhead are long overdue for the 25th/ modern era treatment, including either of them along with some troop builders from the Grenadiers’ ranks would really bring this set to a whole other level.