GI Joe “Dollar Wave” Lives Up To The Hype 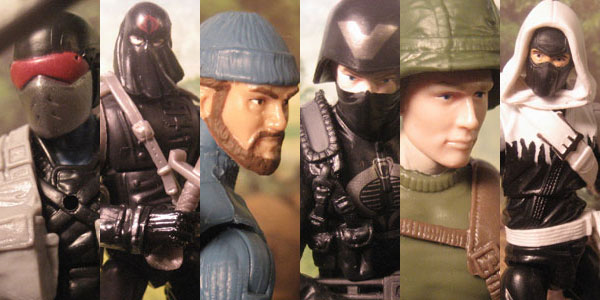 The Joe collecting community has a tendency to go a little nuts when Hasbro tries to sneak one past us, and that’s exactly what happened with this mystery wave of six figures that showed up on the forums with no explanation from Hasbro as to when and where they would be available… and not even what they were.

The set turned out to be the infamous “Dollar Wave,” an assortment of six figures made from 100% reused parts, meant as a second-tier retailer series to help support GI Joe this Summer. Within a few weeks, the figures went from allegedly cancelled pieces, to a “Phillippines’ toy event Exclusive,” to regular retail sightings state-side, at Dollar General.  So it’s been a hectic couple of weeks digging into exactly what these guys were, but after tracking them down I’m happy to say they’re worth the effort.

The Dollar Joes wave includes six figures, all new variants of existing main Joes and Cobras– on the Joe side, we get a new Snake Eyes, based on his 1991 commando costume, a greenshirt Duke, and a modern/ Devil’s Due style Shipwreck.  For the Cobras, we get a Shadow Guard Cobra Commander in all black with his iconic hood, plus a matching all-black Cobra Officer, and a Storm Shadow in his 90’s Ninja Force costume. Each figure includes at least one accessory or weapon, as well as a stand, and they are packaged in an newly-designed small cardback, with the Arashikage insignia imprinted behind the bubble. It’s a striking package, ironically much more eye-catching than the generic and basically awful Retaliation line packaging. 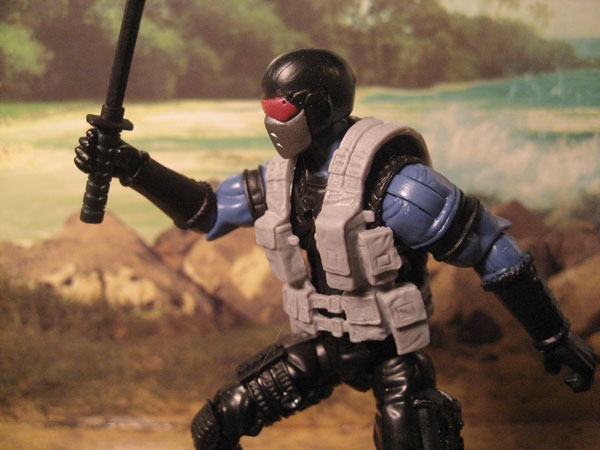 Snake Eyes is a welcome variant, with his ’91 look being one of the few versions we have not seen in the modern style. His vest overlays the Hard Master chest, giving a nice approximation of the mesh underneath the vest of the original version of the figure. He includes a katana and his stand (which, like all these Dollar Joes, is blank with no name on it). 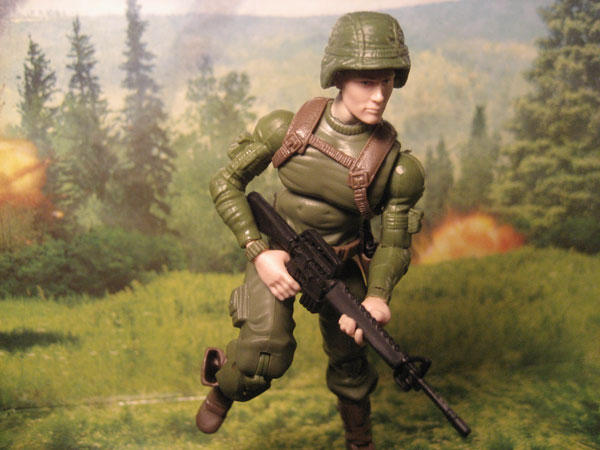 Next up is Duke, who is made largely of the very nice Zap body (he’s probably may favorite greenshirt in the modern line, so I’ll happily accept the reuse here!)  Duke includes a “cleaned up” repaint of the Pursuit of Cobra Dusty head, along with Dusty’s excellent modern military style helmet, now cast in olive green, and a rifle. While the figure is supposed to be Duke, this guy really makes the best army builder for generic greenshirts I can think of. 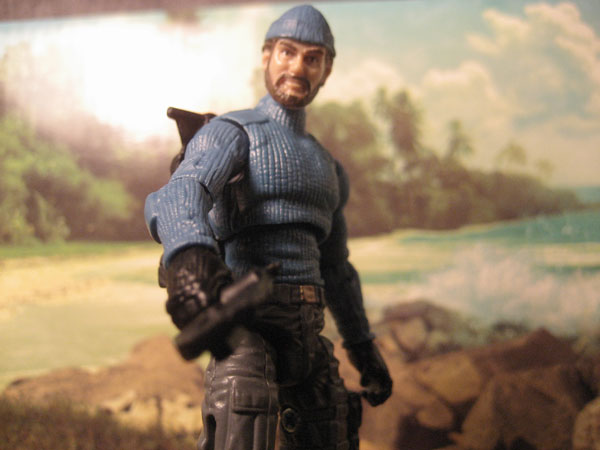 The last Joe is Shipwreck, featuring the blue sweater and winter cap he sported in the modern comic series. It’s a very nice alternate take on Shipwreck, and looks way less “village people” than the classic costume he wore in the 80’s. Shipwreck includes a Renegades laser pistol, as well as a scuba tank and diving mask which he can wear over his face or resting on top of his head. 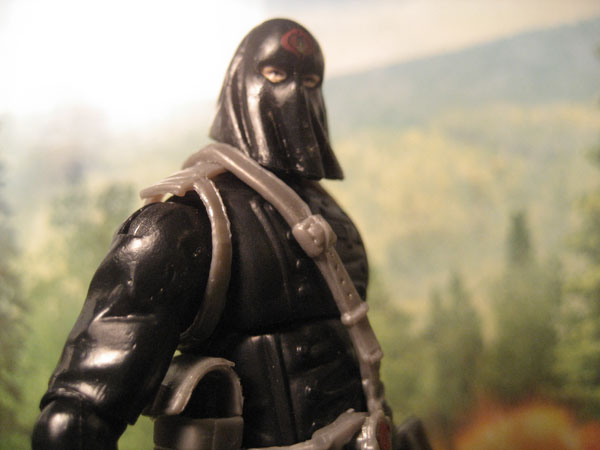 The Cobra figures are pretty outstanding as well, even the new Cobra Commander. While he’s pretty plain (he’s literally ALL black), there’s some nice use of gloss on his gloves and boots to give a patent leather look, and while we’ve seen black Commanders before, this is the closest to his Shadow Guard costume, which is a nice touch. 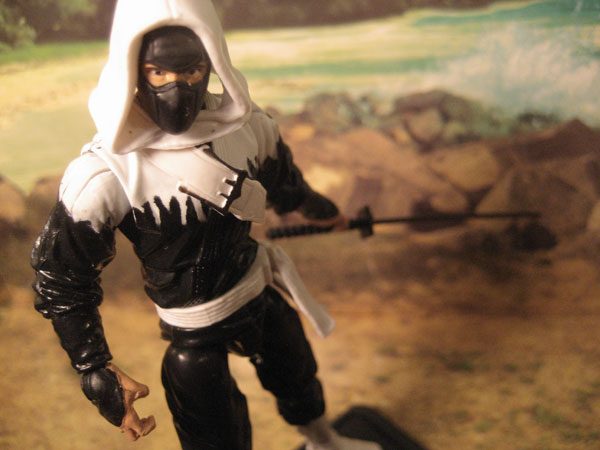 The new Storm Shadow sports his black and white Ninja Force costume, and it works very well– his hood fits very well on his head without looking too bulky, and he features the great hinged wrists of the 30th Storm Shadow. Ninja Force may not be the high point of Joe history, but I always dug this version of the Cobra ninja, which featured prominently in the later issues of Marvel’s comic series.  For that reason alone, I’m glad to add this new variant to my collection. 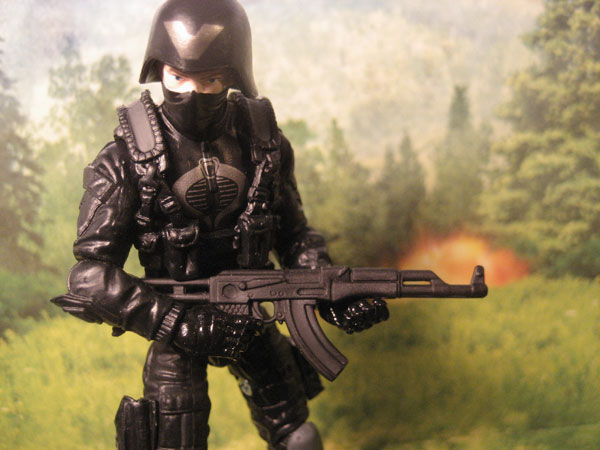 Lastly we get a black costume Cobra Officer, who is a recast of the fantastic Pursuit of Cobra Trooper, with new Officer-appropriate web gear, and a rifle. The sculpt is still as great as ever, and looks very sharp in black with a silver Cobra logo and trim. Like the Commander, there is a nice use of gloss paint to give the gloves a patent leather look, and at a discount price, this guy is tailor-made to army build like crazy. I’m a little bummed the holster and knife sheath included on this guy don’t have any weapons to store inside, but as a low-priced release it makes sense to cut thing like that back. 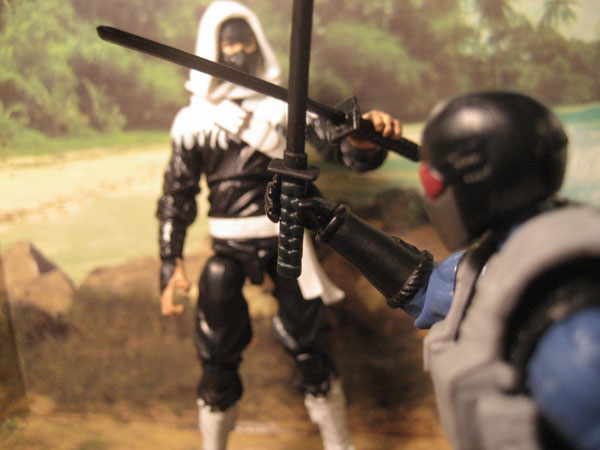 Since these figures are targeting discount/ second-tier retail, they’re considerably cheaper than standard retail Joes– Dollar general is charging $6.00 a pop.  At that price, these figures are incredible– it’s a marvel that Hasbro was able to recreate so many classic, fan-requested variants as quality, fully poseable figures on the cheap while articulation and quality suffered so bad in their main Retaliation line.  I’m hoping more stores– including Family Dollar– carry these discount Joes, because with an assortment this cool and affordable, kids and collectors alike will just keep eating these guys up.  I can’t believe I got this stoked over a set that includes ANOTHER Snake Eyes, Duke, Storm Shadow and Cobra Commander, but these figures are just awesome! 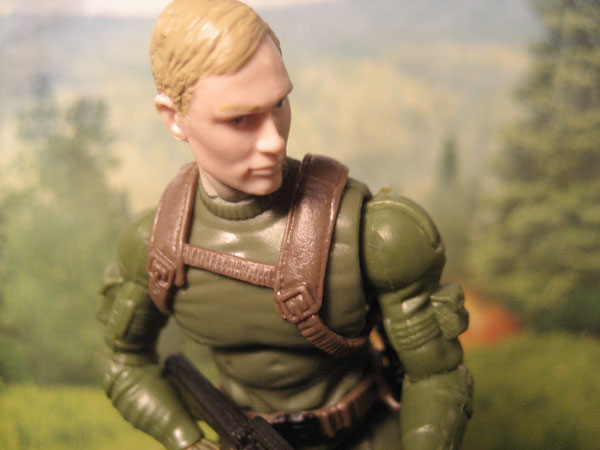 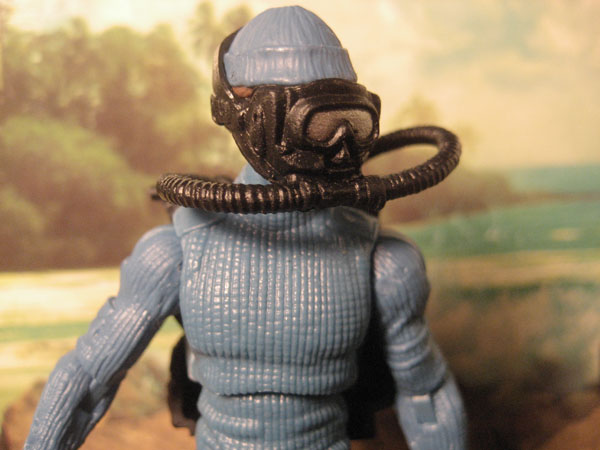 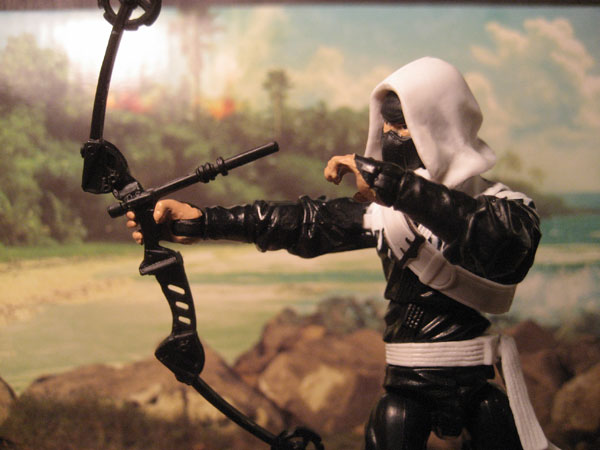 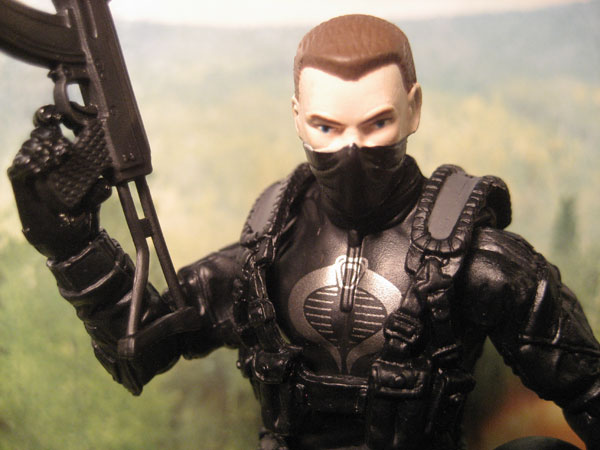 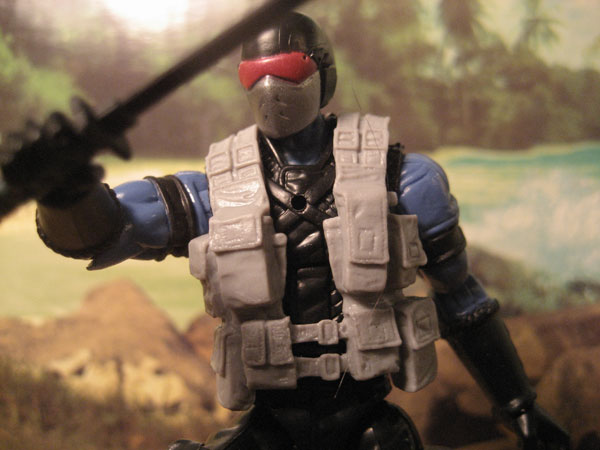 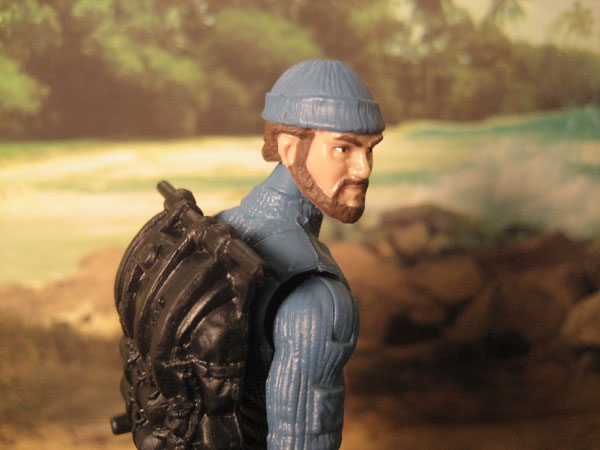 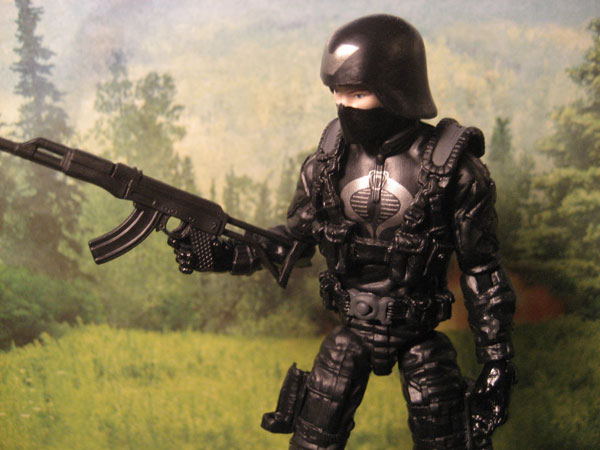 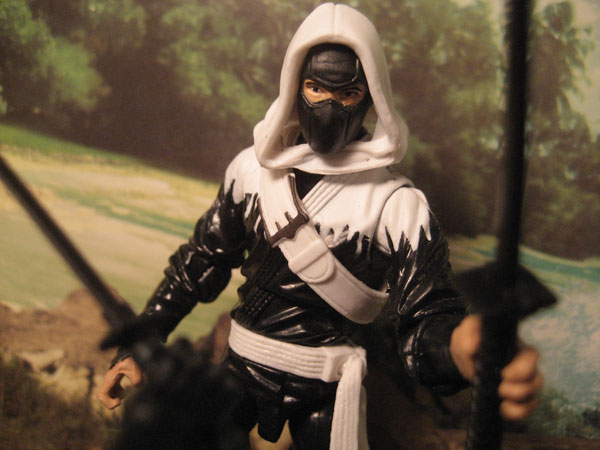