GI Joe Eaglehawk Is Ready To Join The Fight 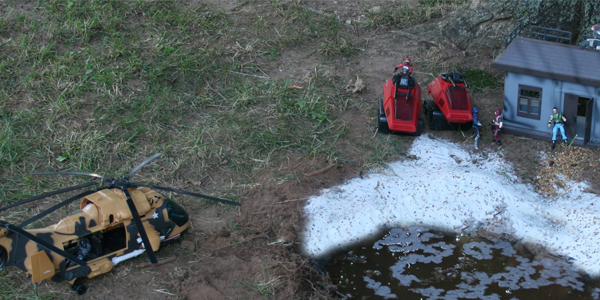 The Real American Hero’s classic helicopter returns with a new name and action features, and it makes for a great toy.

Once upon a time, the GI Joe team’s go-to helicopter was the Tomahawk, a massive brown camo airship which could seat a fair-sized squad of Joe figures as they flew into combat.  It was always one of my favorites from the vintage Joe line, so when Hasbro announced at Toy Fair this year that they would be bringing the classic chopper back– with upgrades, no less– I was stoked. 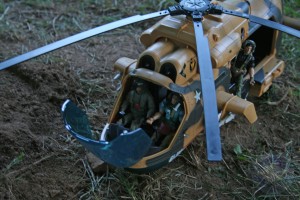 I’m even more stoked now, as the newly named Eaglehawk more than lives up to the expectations.  A lot of times, things seem big to you when you’re a kid, but if you revisit them as an adult– they’re smaller than you remember.  That’s definitely not the case with the Eaglehawk– this thing is big!  The vehicle itself is well over 12″ long, and with the rotor blades in place, it’s a sizable looking vehicle, for sure.  On top of the obvious appeal of being a huge hunk of plastic, the Eaglehawk was reworked to add extra seats compared to the vintage one, making it one of the most figure accommodating vehicles I’ve seen in the past few years.  There’s a total of seven (!) seats inside this helicopter, and plenty of standing room for more Joes, so the Eaglehawk kind of doubles as a playset, as well as a vehicle.

There’s a few subtle action features built in to the Joe’s latest ride, including a working rescue winch, free spinning rotor blades, an opening pilot canopy and back cargo hatch, as well as two poseable machine guns mounted inside and a total of eight clip-on missiles.  The whole chopper is cast in the familiar brown and tan camouflage deco, and the generous sticker sheet gives you options for a more classic, colorful Eaglehawk, or a realistic, more monochrome design. 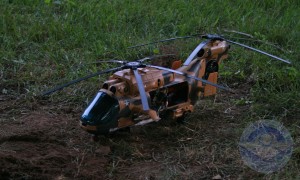 Like the vintage chopper, the Eaglehawk includes Lift Ticket, its pilot.  The new Lift Ticket is cool, although a bit more generic than his RAH counterpart (who, fortunately, saw release in the 25th Anniversary Collection, so he can sub in as the pilot of this helicopter easily enough).  I like the new guy a lot, with his paratrooper uniform, all new vest and helmet.  The helmet is removable, and sports a rather intricate looking goggle/ scope piece that rests comfortably over his eye– I can see this piece being quite valuable for customizers who missed out on the GI Joe Club Voltar, because this helmet makes for a great substitution part.

On top of all the cool features old and new, the Eaglehawk also includes two sets of headphones for the pilot and co-pilot, which is such a fantastic little detail that really adds to the overall feel of quality with this set.  It’s a minor addition, but it’s in that same vein of well-planned cool as virtually everything we saw in the Pursuit of Cobra heyday, and it totally made me smile popping those headphones onto my figures in the cockpit.

The Eaglehawk is a great toy, both as a throwback for adults craving their lost Tomahawk, and for kids, with the generous helping of non-obstructive action features and lots of room for a great Joe team setup in the hangar.  At only $40 retail (give or take, based on the seller), this chopper may have trumped even the fantastic Sky Striker, as the reigning king of the GI Joe airways. 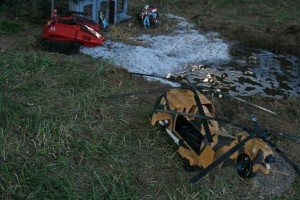 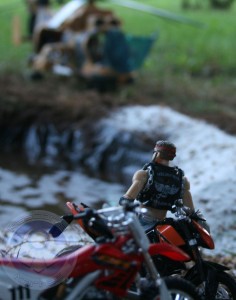 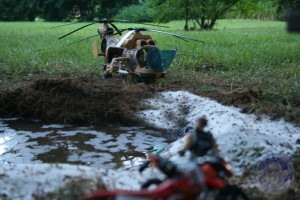 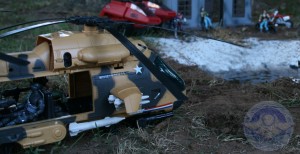 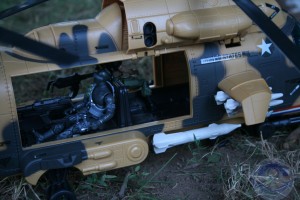 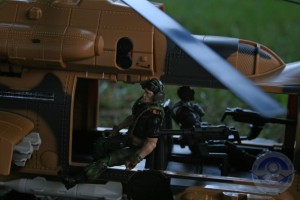 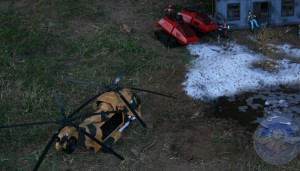