GI Joe Retaliation Delta Vehicles Are Not A Total Misfire 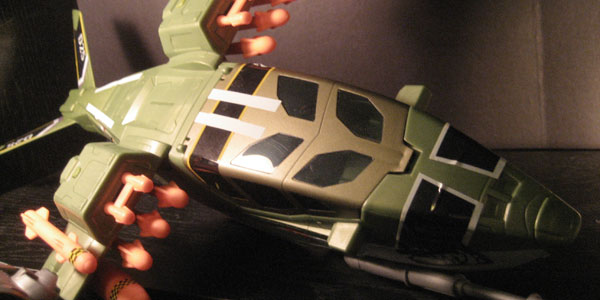 There’s a lot of vehicles out there for the GI Joe Retaliation series, and much like the rest of the line they range from pretty good to downright bad. While it looks like we won’t get past wave one of any size vehicle until 2013, on shelves now is the first assortment of larger scale Delta vehicles, and they’re worth a look for Joe fans. 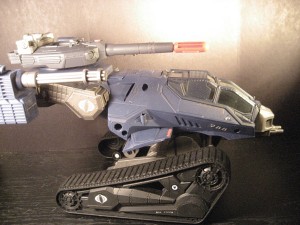 Both vehicles are pretty good, although a bit of a step down from the Pursuit of Cobra/ 30th Anniversary level of quality. The new HISS Tank is pretty similar to the modern design first seen in the Resolute animated series, and it looks different enough from the POC version to be its own thing. 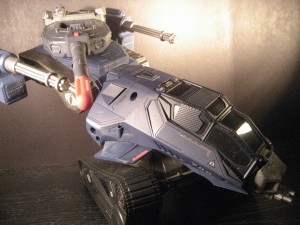 Instead of the elevating lift of the POC tank, the movie HISS includes a feature where the front of the chassis dips and the back end with the cannons rears up, not unlike a cobra on the offensive. It’s a neat feature and very easy to operate, and the deep blue and black patterning of the tank make it look nice and menacing. The HISS Tank includes two side-mounted weapons and a missile firing cannon on the turret near the back.  While the tank’s treads are not operational, they do feature the small wheels hidden on the bottom like many older Joe vehicles, so it can still be moved along on the floor. 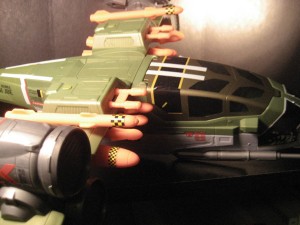 The new Ghost Hawk is not very similar to its predecessor, but it’s a cool– and surprisingly BIG– plane. The green and grey pattern and the giant turbines mounted on the wings are about as close as this one gets to the classic flyer, but this Ghost Hawk includes a full-sized set of wings, and opening canopy hatch on the bottom, and a cool winch and pulley system that can be used to pick up a figure using the attached harness. The plane is also decked out with two firing missiles and another ten rockets mounted on the wings. While the neon projectiles may not be the most realistic color pattern, they offset nicely from the olive green of the plane itself, and have a distinctly early 90’s/ Battle Corps vibe to them. 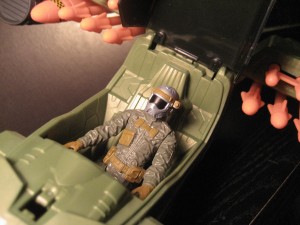 I can’t not mention the highly controversial drivers, both featuring all-new sculpts but sporting only five points of articulation.  While they look nice, with lots of excellent detailing on both Cobra Commander and Duke, there’s no getting around how lousy they are– with nothing more than cut shoulders, t-crotch hips and a ball neck joint, there are the least articulated Joes ever released by Hasbro since GI Joe Extreme (and we all know how that line went).  Hasbro has been costing down their vehicle drivers for a while now, but I really don’t understand why they opted for all-new virtually unposeable figures instead of fully articulated kitbashes. The recent Dollar Joes wave proved Hasbro can turn out fully articulated toys using exclusively old parts and keep costs down. I’m by no means a Hasbro insider, but I can’t imagine the price would be that far off using old molds in a new kitbashed driver, versus these all-new molds which required tooling from the ground up. 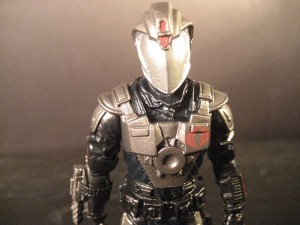 What I will say about the drivers is this– their heads feature a ball socket just like any other (good) Joe figure, so you can easily swap the heads onto better bodies and make your own driver figures.  And the Delta vehicles are way more affordable than the previous medium-class vehicles of the past few years, dropping from the $25-30 range down to $20 and change.  I’m going to credit the cheap drivers for the price cut, especially since the vehicles themselves are pretty nice, all-new and surprisingly large for the price point.

Overall I’d recommend both Delta vehicles to any Joe fans. At a $20 price point, they really are a steal, even with the bad drivers. I’m very surprised by how much I like the Ghost Hawk particularly, and with some cool variant decals for the plane, you can amass your own fleet of them for a cool looking display.  Just do it quick– it looks like we won’t be seeing much more Retaliation stuff in stores for a while after this first batch sells out. 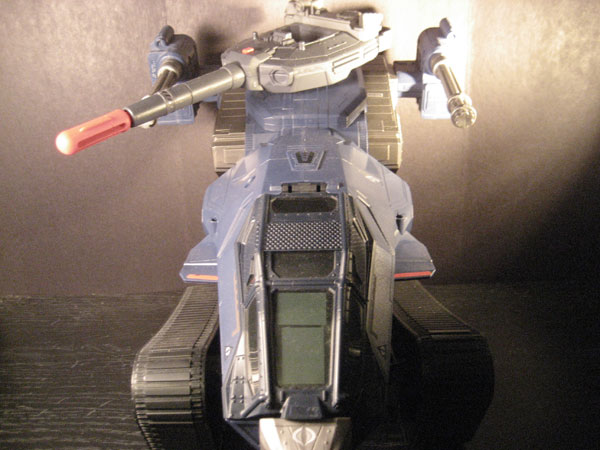 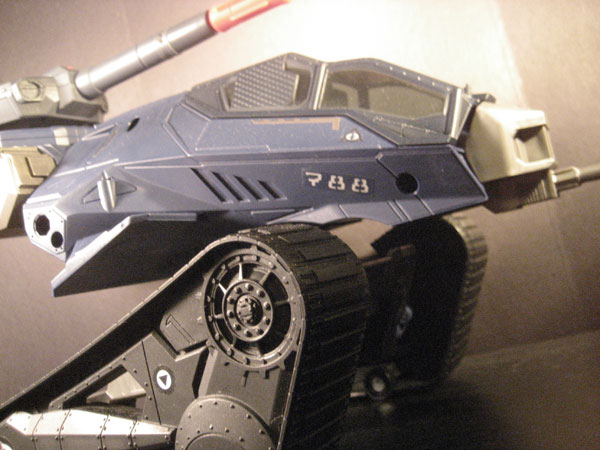 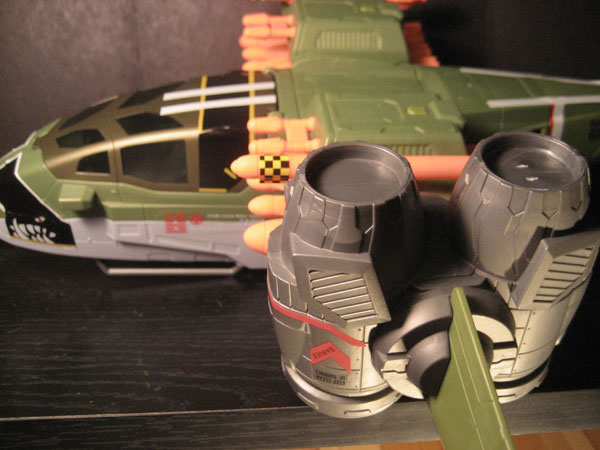 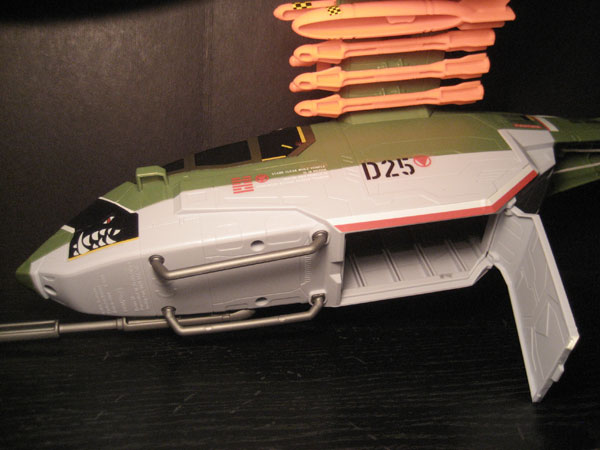 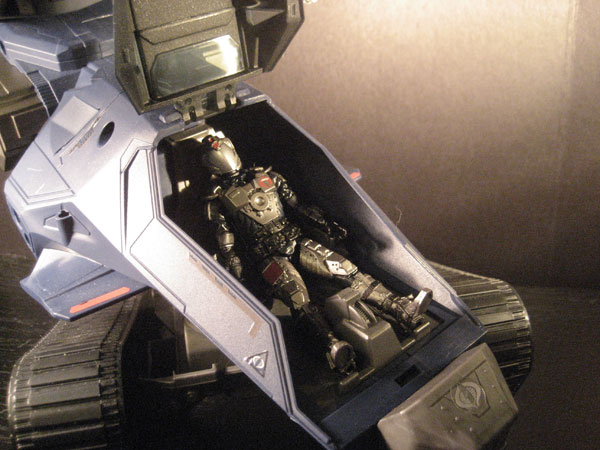 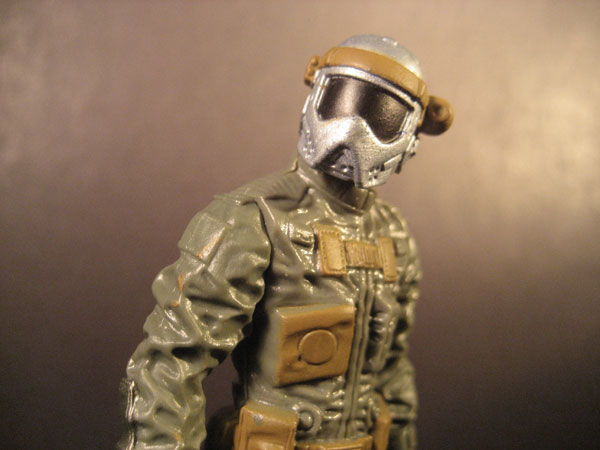