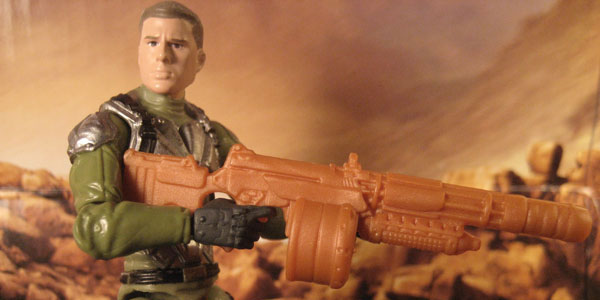 Continuing our look at GI Joe Retaliation Wave One, here’s a look at Duke and Cobra Commander. The Joe leader and the villainous head of Cobra are the final two character figures in the new assortment, and both make decent– if not Earth-shattering– additions to the Retaliation ranks. 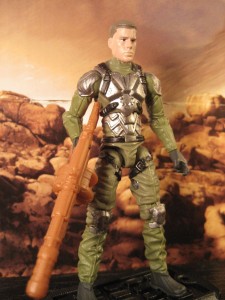 The amount of screen time, and the exact fate of Duke in Retaliation are top secret mysteries right now… it appears that Channing Ttaum may not be in too much of the new movie, but regardless of this smaller presence– or the odds of whether Duke will make it alive and kicking to the movie’s end– he still gets a new figure in Hasbro’s toy line. Duke seems to be another “concept” figure, with a look that’s somewhere between his tactical suit from Rise of Cobra and his more realistic Retaliation uniform.

The result is a mixed bag, with the same limited articulation plaguing much of Retaliation’s first wave, which is offset by the wonderful detailing of Duke’s body armor. The color scheme looks good, with an olive drab uniform beneath the soldier’s silver body armor. Aside from the wonky articulation, Duke does also suffer from a head that’s a bit too big for his body, and a soft likeness to Tatum.  I don’t know what it is about this actor but Hasbro has had quite a few attempts to nail his portrait and always seems to come up short, which is a rarity for their typically top-tier sculptors. 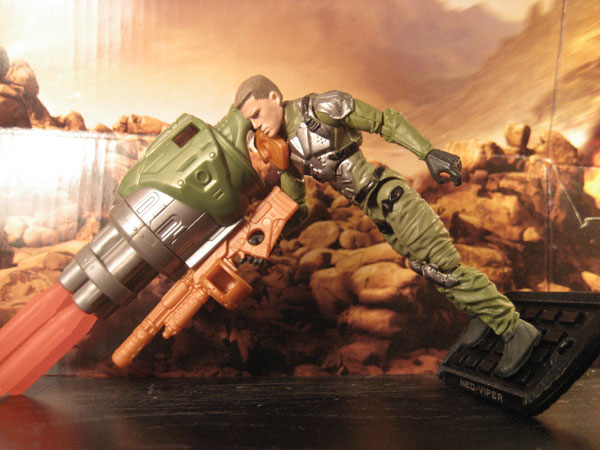 The other issue with Duke is the goofy action feature accessory, a 4-missile launcher that is way too big to be supported by the small figure. it works well enough, with a zip-strip that drags through the cannon to release all four rockets, but it’s too big and clunky to hold at all, much like his only other accessory, and oversized orange rifle. Duke’s a decent movie update, but nothing special for anyone but completists. Hasbro graciously opted to short-pack the figure, so that should avoid too much risk of him shelf-warming. 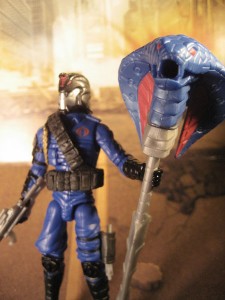 Cobra Commander shares an identical sculpt to the Amazon 4-pack figure, however while the Preview Pack Commander was dressed all in black, the single-card release is also available in a blue uniform.  The Commander remains a very nice sculpt– I love the detailing on his ornate helmet, the segmented gauntlets and boots, and the serpent-faced knee pads. The missing articulation is still present here, but the double knees aren’t crucial for a less action-based character… that being said the lack of ankles is again the real killer, making balancing a task, especially when the figure is holding his play-action staff accessory.

Speaking of accessories, Cobra Commander includes the same pistol with holster and rifle as the Amazon figure, plus an additional snake-headed staff which fires a missile from its mouth.  I know I’m supposed to roll my eyes at the gimmicky, oversized missile launching weapons, but unlike some others I couldn’t help but crack a smile as I checked this thing out.  Yes, the snake head is way too big, to the point of collapsing right out of the figure’s hand due to the weight, but it really does look awesome, and the play feature (you pull back on the snake’s head to open the mouth and fire the missile) is addictively fun to mess with. 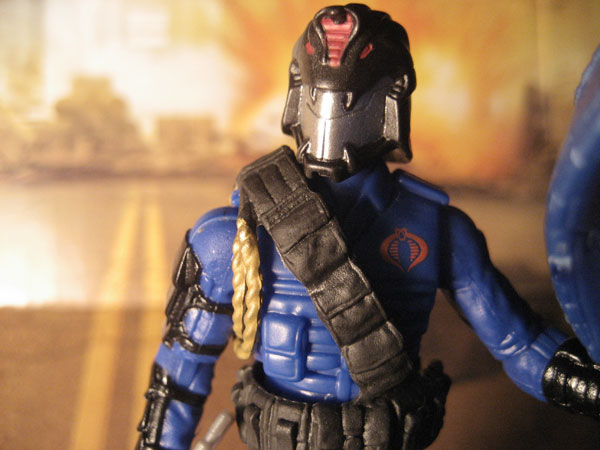 I’d put both Duke and Cobra Commander somewhere right in the middle when it comes to overall quality. Both figures are decent, and mostly worth picking up, if for the excellent sculpts alone (particularly Cobra Commander).  The missing articulation impacts both figures, but nowhere near as bad as Roadblock, and while Duke’s gear is pretty useless here, the Commander once again edges out with some decent “normal” accessories and his surprisingly fun play-action staff.

There’s a few more figures finishing off the launch wave of Retaliation, and they really steal the show as far as this toy line goes… Check back later today for the troop builder review! 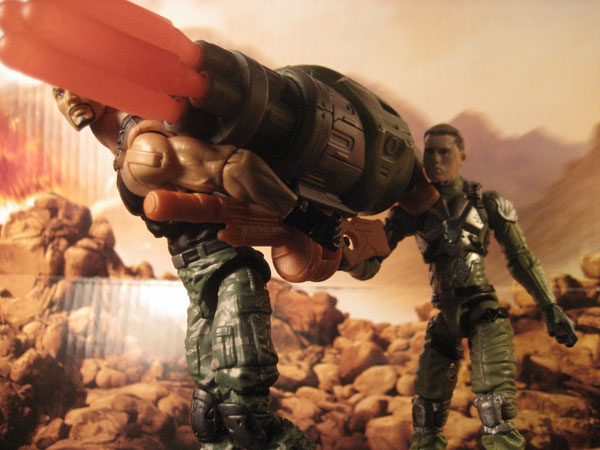 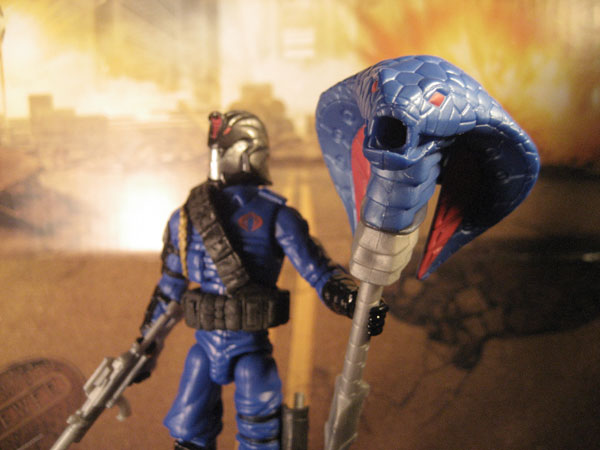 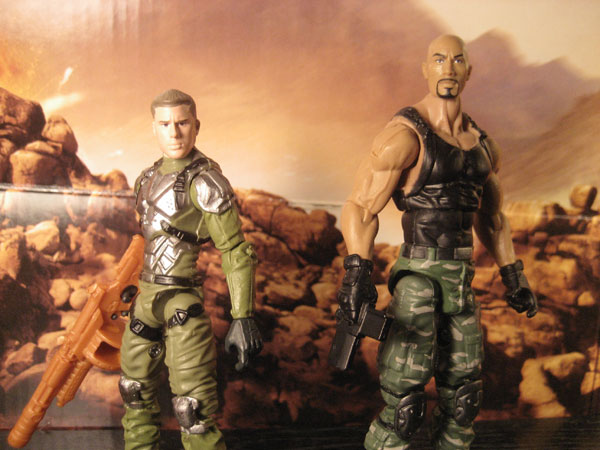