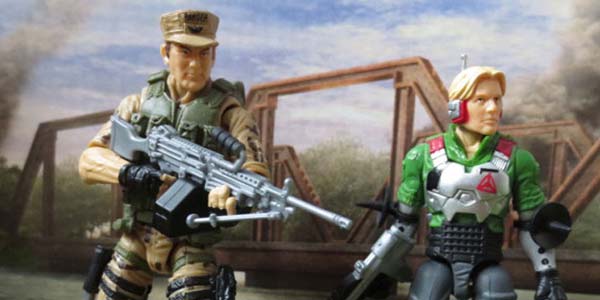 I’m not gonna lie– no purchase filled me with buyer’s remorse in 2014 more than the third Figure Subscription Service from the GI Joe Collector’s Club.  While the character selection and tooling (courtesy once again of Boss Fight Studio) were a colossal step up above the anemic FSS 2.0 offerings, something about the new Joe series just failed to connect with me.  Maybe it was the grossly inflated price tags… or the fact that half this lineup is simply classic colored redo’s of the 2013 Night Force box set… or the fact that the Joe Club guys are such incorrigible jerks… whatever the reason, I was motivated enough to sign up, but immediately regretted the decision.

That remorse stuck with me, all the way up to seeing the first box on my doorstep last week.  But once I opened it, I have to admit the Psyche-Out and Repeater figures inside certainly melted some of the ice I was feeling toward my once-beloved GI Joe collection.  Yes, both these figures are essentially re-hashes of Convention exclusives I already drastically overpaid for a few years ago, but seeing them in their vintage style packaging, in their old school 80s colors, definitely gave me a good feeling.

I really like Repeater, though I’m sure some collectors will be displeased that, like Hasbro’s Leatherneck, he employs the quite big movie Roadblock body.  I’ okay with it– mixing in these tall, bulky bodies changes up the sizing of my Joe team and leaves them more realistic, in my opinion, and the bigger frame definitely works for this machine gunning Ranger.  Hasbro half-assed an attempt at this character during the Rise of Cobra days, but the new version is infinitely better, with an accurate colorway right down to the brown camo on his fatigues, and a great new head sculpt from Boss Fight, packed with personality befitting this troop.

While Repeater’s accessories are all recasts, his machine gun actually sports some painted details; I like these sorts of small nuances, which help to justify the higher price of these short-run Club exclusive figures.  The rest of the gear– a backpack, vest, pistol and knife– all work well, and store nicely on the figure.  While Repeater is big, the Roadblock body remains great, with an excellent range of motion perfect for lots of action poses. 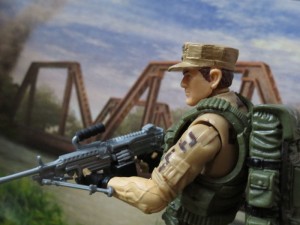 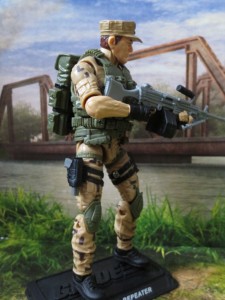 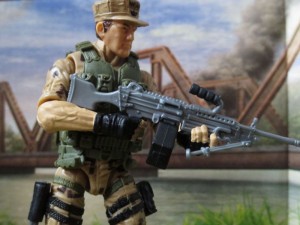 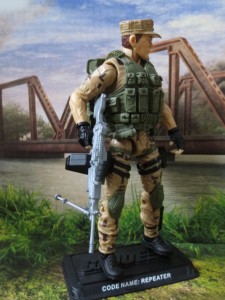 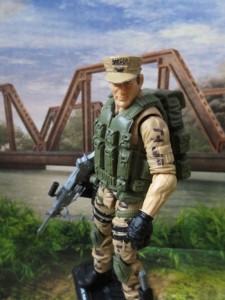 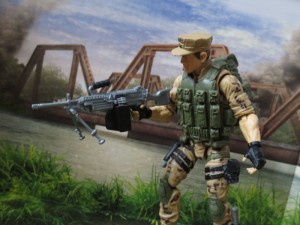 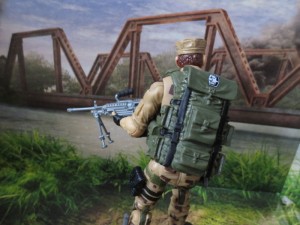 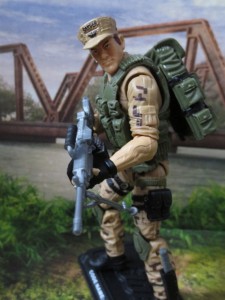 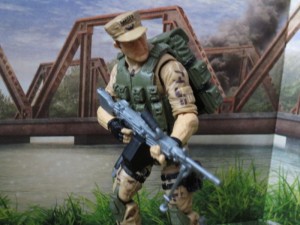 Repeater is shipping alongside his fellow former Night Force recruit, Psyche-Out, who looks even more delightfully weird in his vintage green, red and grey outfit.  Boss Fight’s headsculpt is, again, fantastic, with some great wavy 80s style hair draped atop the cool, techy communication device that wraps around the back of Psyche-Out’s head.

Psyche-Out makes great reuse of the second Pursuit of Cobra Duke, whose body armor always bore a striking resemblance to the vintage deceptive warfare specialist, and while the Club’s new figure mutes down the green and red slightly, the design most definitely still pops.  I actually prefer this darker green and red to the bright colors of the vintage toy; these new tones are still plenty ridiculous, but they don’t make Psyche-Out stand out like a sore thumb among the rest of the Modern Era Joe team.

Psyche-Out includes his sonar device, clip-on armbands, a storage backpack, rifle and pistol.  It’s a slight changeup from the gear included with his Night Force variant, but definitely still works overall.  Like the muted tones of his costume, Psyche-Out’s radar dishes have switched from bright red to black, leaving them just slightly more grounded and realistic, in a good way. 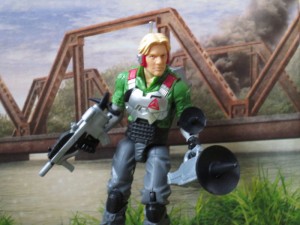 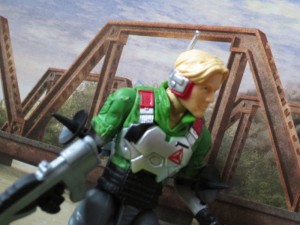 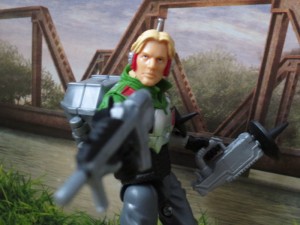 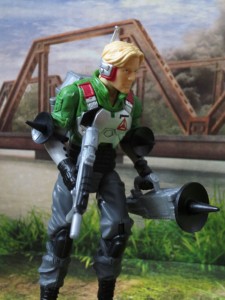 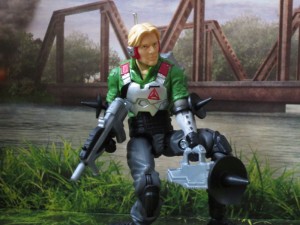 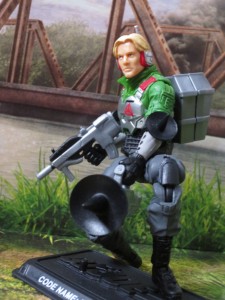 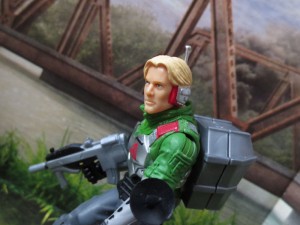 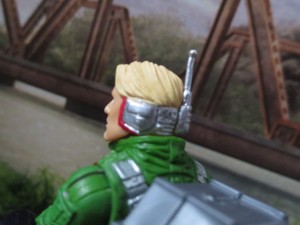 I’m glad to see the first two FSS 3.0 figures from the GI Joe Club turn out this good.  As a vintage fan, I’m quite happy to have two more characters join the Modern Era, and both these figures turned out particularly nice.  Yes, it’s still tough to justify the prices set forth by the Club with this program, but with Hasbro’s own Joe line still MIA at retail, the Club’s offerings have certainly helped with that absence.  The FSS figures are pricey enough to not be for everyone, but if future figures turn out as good as Repeater and Psyche-Out, die hards like me should certainly be happy.