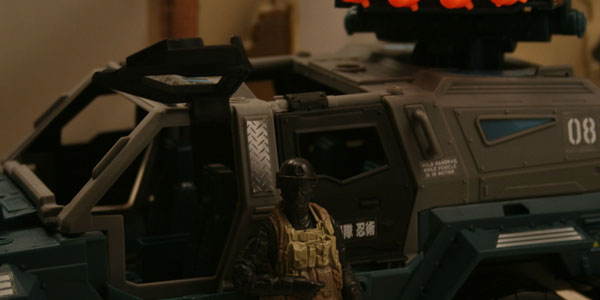 Hasbro’s GI Joe Retaliation line is still in limbo until early 2013, but the new Ninja Combat Cruiser has been sneaking its way to store shelves.  Let’s take a closer look at the new Joe movie jeep.

After the fiasco that saw GI Joe Retaliation pushed back from June to March 2013, Hasbro’s toy line was put rather hastily put on hiatus.  Nothing was pulled from shelves, but retailers sold through what stock they had and summarily removed Joe from their retail presence this Summer.  While this wasn’t ideal for Joe fans or Hasbro, a few new pieces began making their way to retail during the confusion, including wave two of the Delta Class vehicles, which included the Ninja Combat Cruiser. 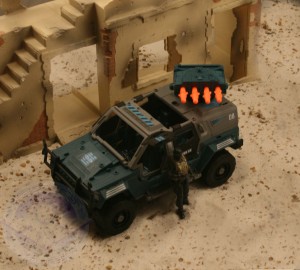 The vehicle is mostly a recast of the Vamp jeep from the Pursuit of Cobra collection, with some cool new parts that really make it stand out as its own thing.  The Vamp is a great base, as I believe it’s one of Hasbro’s finest Joe vehicles.  From the detailed sculpt of the chassis to the working suspension on the bottom of the vehicle, this jeep is excellent, and I’m always happy to add more to my fleet.

The Combat Cruiser is cast in a dark blue-green, which looks realistic enough while standing out from the olive and forest green Vamps.  The new vehicle also features a new back canopy that makes the Cruiser feel much more like its own vehicle, and the canopy and other details are cast in grey plastic which compliments the blue-green nicely.  A few Vamp features didn’t carry over here, such as the winch on the front and the spare tire on the rear, but we do get four suicide doors attached to the new canopy, as well as a new missile launcher in the back which can launch four projectiles. 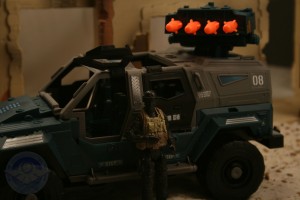 The Combat Cruiser includes Night Fox, and like other Retaliation drivers he’s a simplistic figure with only five points of articulation.  The Joe looks pretty good, but it’s strange in that he seems to wear a uniform that’s the spitting image of the Cobra Shock Trooper– other drivers in this movie line had unique body sculpts, so the reduced articulation made a bit of sense, but why go through the trouble of new tooling here if the figure could have been a straight repaint?  Night Fox’s simple color pattern of navy uniform with black mask and a light tan flak vest works well for his SWAT-like appearance, but the limited poseability remains a major disappointment.

Like many other toys they release, Hasbro did a great job reusing parts with just enough new flairs to make this vehicle feel like its own thing.  Using  an excellent base and building off that the Ninja Combat Cruiser is one of the better vehicles in the Retaliation line thus far, and well worth tracking down.  Most retail sighting of this vehicle have been at Target, and despite the fact that most stores have removed GI Joe from their Fall mod set, many Targets still have these vehicles sitting in their stock room, just waiting to be purchased.  If you can find a helpful employee at your local Target, just give them DCPI number 087-06-0253 and they should be able to see if they have any Combat Cruisers in their stock room. 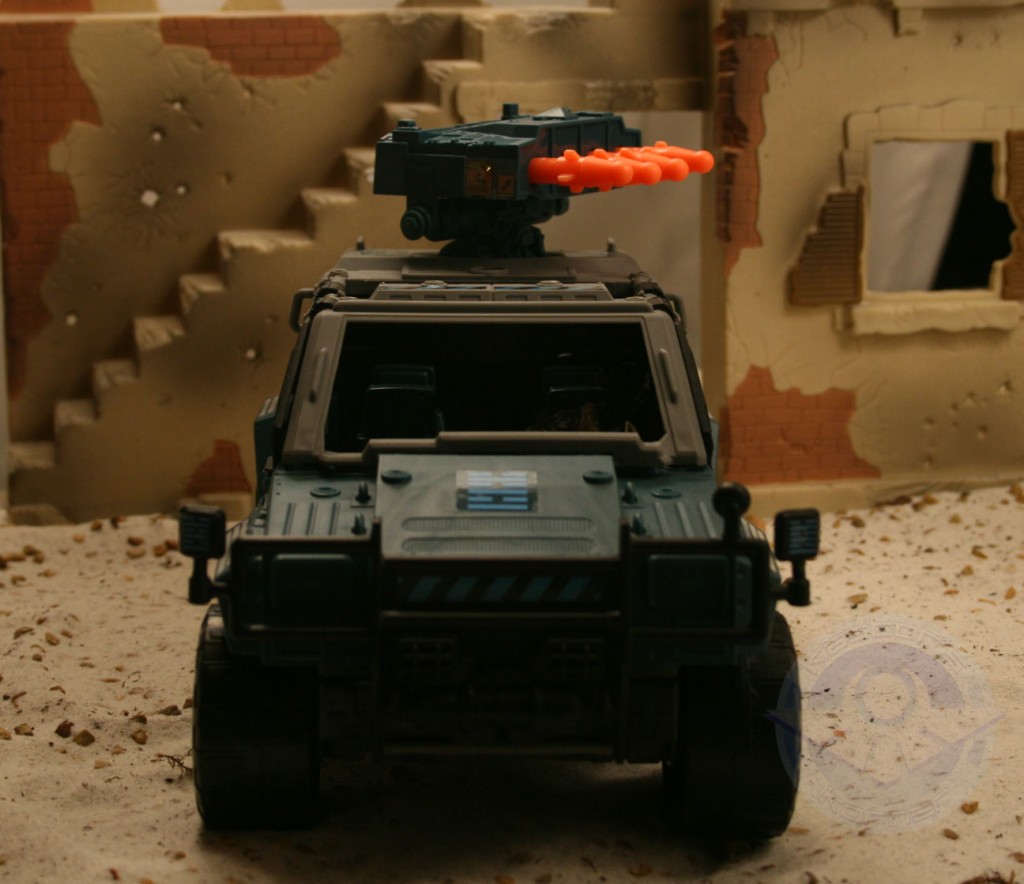 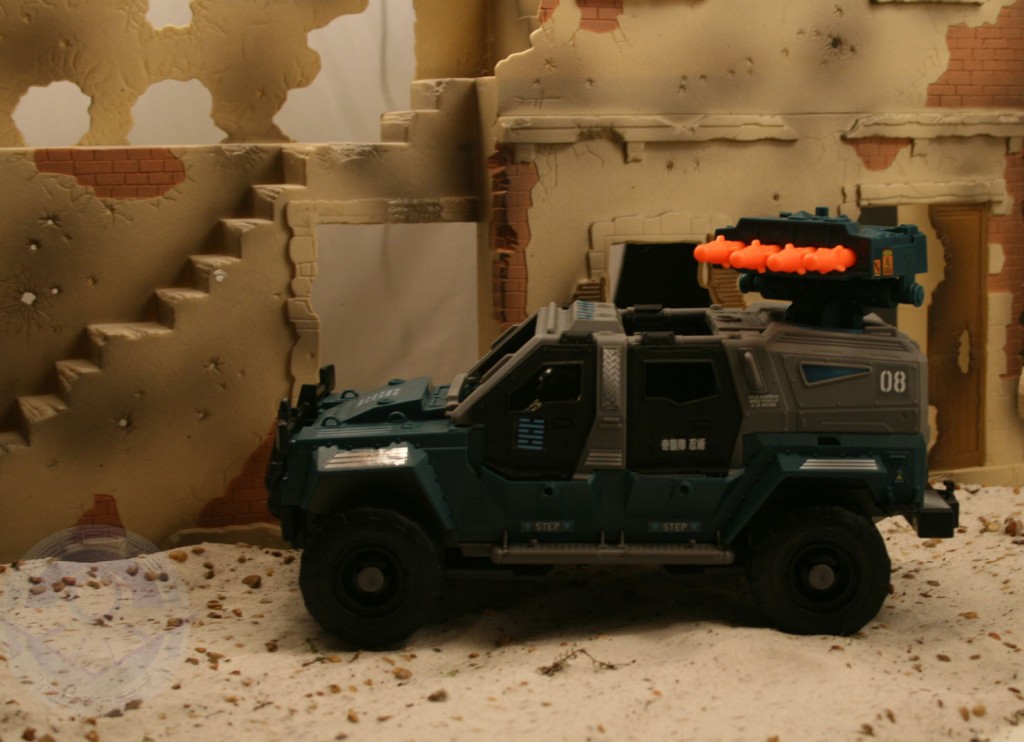