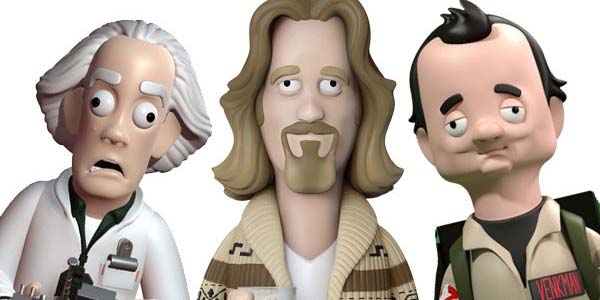 Funko , A Large Evil Corporation and Vinyl Sugar are making it happen at Toy Fair.

Last summer, a design studio from London called A Large Evil Corporation revealed some amazing vinyl figure-style digital sculpts based on a wide variety of US and British pop culture icons.  Their awesome designs quickly caught the attention of a large swath of geeks across the internet– they combined a brilliant attention to character nuances, an excellent caricature style in regards to portraits, and a genuine charm that was both filled with mirth and delightfully British.

So of course the question we all asked was “when will these toys be made?”  Funko answered that call, teaming up with Evil Corp and newcomers Vinyl Sugar to make this new line of vinyl figures a reality… and the first round of stylized figures will apparently debut at Toy Fair next month!

The Evil Corp figures will be released under the banner Vinyl Idolz, which will roll in some work from other vinyl designers as well, if the description below is to be believed (and honestly, why would it lie?).  I’m stoked to see what other surprises Funko and friends will have up their sleeve in New York, but I am over the moon excited to see these Evil Corp designs enter the third dimension.  One look at Doc Brown, The Dude and Dr. Venkman above and you are either A) obviously joining me in the throes of eager anticipation, or B) probably not someone with whom I would associate.

Vinyl Sugar is the illegitimate love child between Funko and some of the best free-wheeling designers from the back streets of London, the boutiques of Harajuku, and the galleries in NYC. Vinyl Sugar – because you crave it! 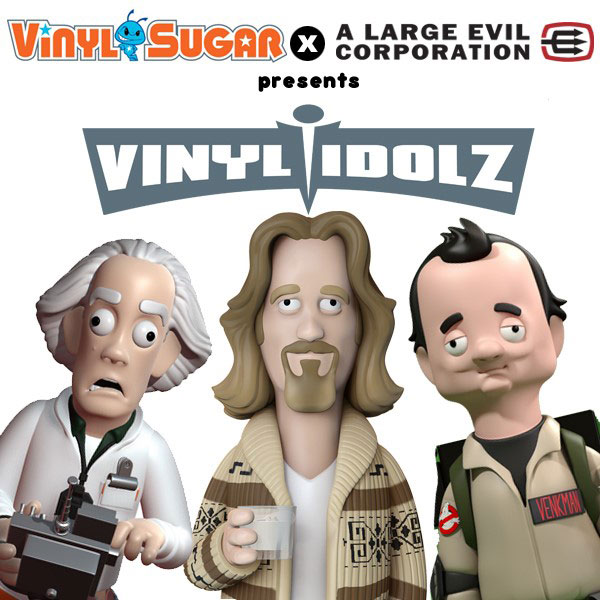