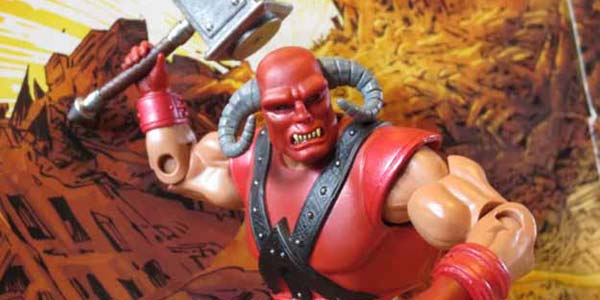 While Blade was the Club Eternia monthly figure entrant for April, he has now been joined by Power-Con/NYCC 2014-exclusive Goat Man.

Goat Man is a character I have relatively little interest for, but with a little imagination, he will find a nice place on my shelf. I am not accustomed to Beast Man sharing the spotlight with the likes of Goat Man, but with Fang Man lurking about as well, I guess Skeletor likes lower-tiered beastly cronies as well as Evil Warriors who are at the top of their game.

Goat Man here is done very well, and his non-subscriber status is a welcome one for customers who don’t want to purchase fringe characters. He didn’t need a ton of paint applications, and his design is pretty basic, so nothing appears stripped-down. His bulky armor continues the trend of ill-fitting attire, but in his case, he can simply be considered a bulky character. His accessories include a fantastic hammer with a heft that makes his musculature meaningful, and the mini-comics Staff of Avion.

This version of the staff was always the preferred design for me (the FilMation version seemed like an evil relic), and I am happy that it saw release so soon after the previous one. The egg-shaped top, the emerald color and the gold body was brilliantly re-created. It even has a grip to properly fit snugly in Stratos’ relaxed grip.

Goat Man is visually cool for a comparatively unremarkable character. These recent Master of the Universe Classics offerings have their design issues, sadly becoming more commonplace with each passing month. The bulky armor of Goat Man and Blade is really affecting the quality of the line as it reaches the 2015 finish line.

Still, Goat Man knocks off a peripheral character as an optional purchase while including a popular mini-comic accessory for a threadbare Stratos, so he still feels like a win, even if a fairly minor one. 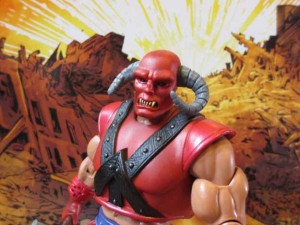 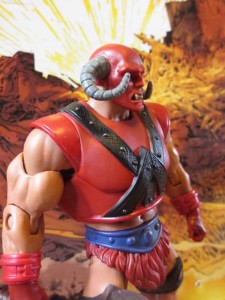 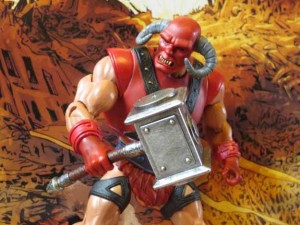 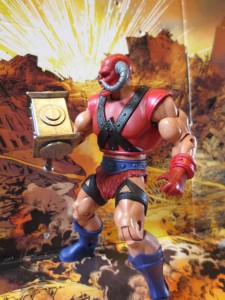 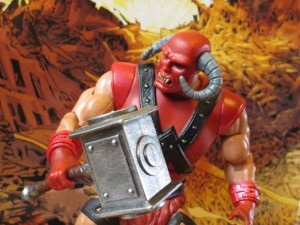 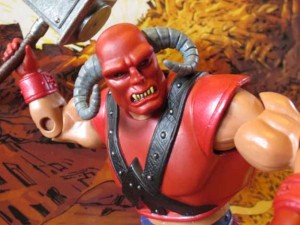 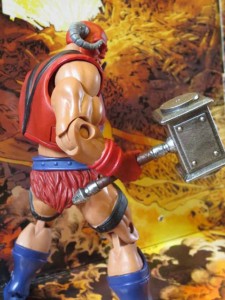 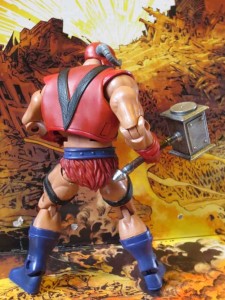 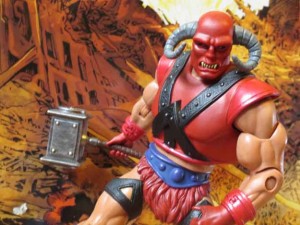 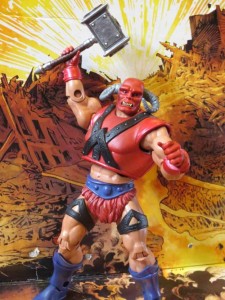 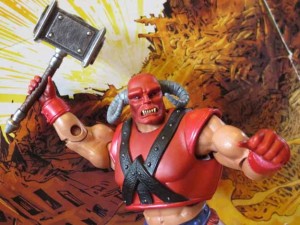 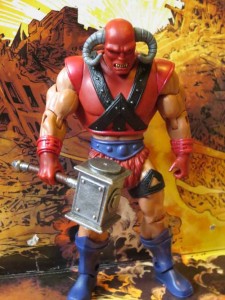 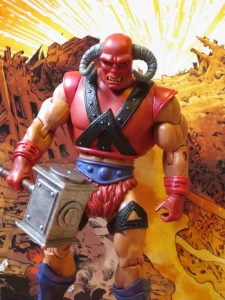 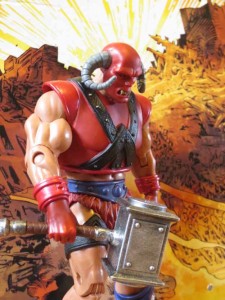 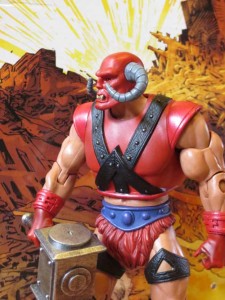 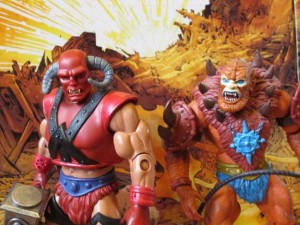 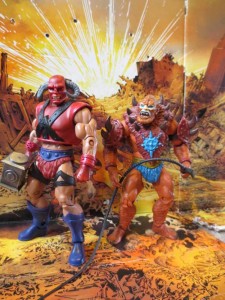 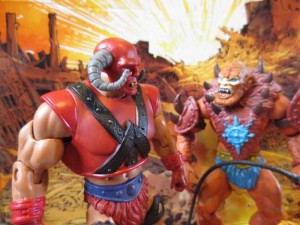 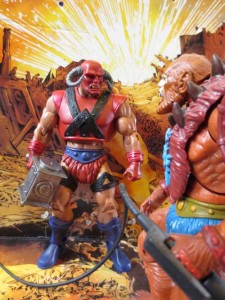 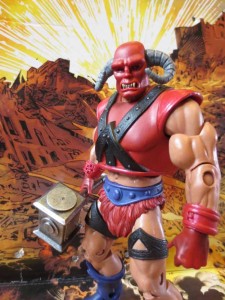 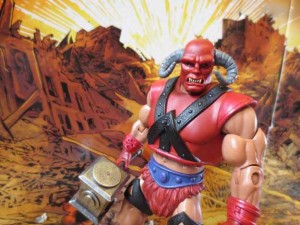 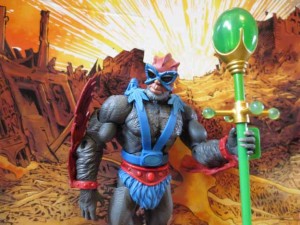 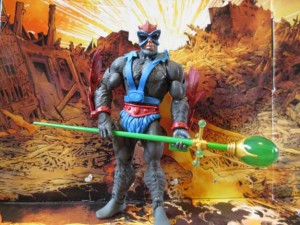 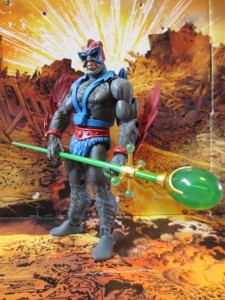 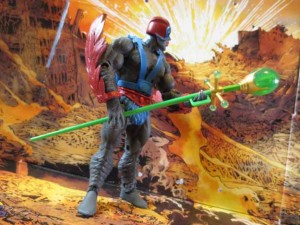 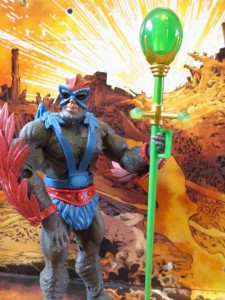