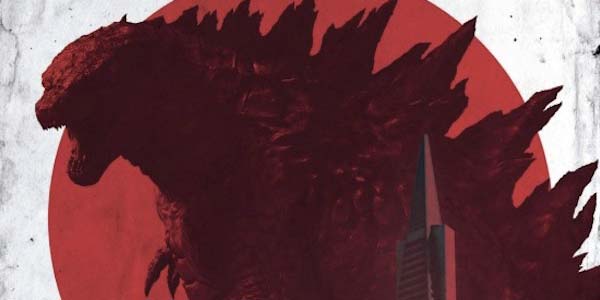 We’ve got four years until Godzilla returns to the big screen.  Back at Comic Con, Legendary announced that a sequel was indeed in the works, with Gareth Edwards returning to direct.  Now, we have a date– June 8, 2018.

My first reaction?  That seems kind of, um, far.  I know all the studios are doing this booking for the next half-decade thing now… and I know Edwards is working on a Star Wars stand alone movie between now and then… but four years seems like a particularly long wait to announce NOW.

Not that it matters much to me– my ticket was pre-sold as soon as they confirmed the new flick will bring Mothra, Rodan and Ghidorah into the modern Godzilla mythos.  Say what you will about the first Godzilla, the character design for the King of Monsters was awesome, a perfect modernization that didn’t lose the style and personality of his most iconic looks.

The far-away release date also gives me hope that maybe doe-eyed Commander Good Guy (Aaron Taylor-Johnson) and his wife (Elizabeth Olsen)– the only real slogs of the first film– won’t be coming back for Round Two.  Supporting characters like Bryan Cranston’s Joe Brody and Ken Watanabe’s scene-chewing Dr. Serizawa proved there’s room for fun, interesting characters in this new Godzilla universe… so here’s hoping those interesting characters can be our STARS next time.

They’ve got four years to crack a story that leaves me invested in the people.  I’m already sold on the Kaiju.