Get a Good Look at Mezco’s One:12 Collective Judge Dredd 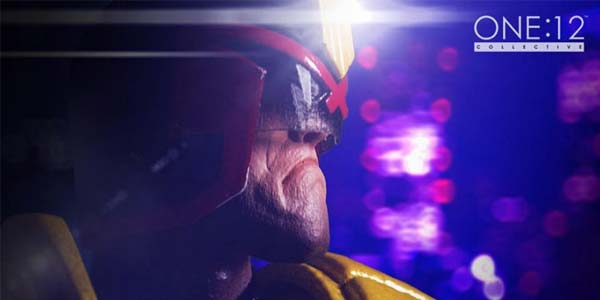 Mezco Toyz has released some new teaser photos of Judge Dredd, the second figure in their high end and extremely promising One: 12 Collective, and it’s clear they did the 2000AD anti-hero justice.  The 6″ figure will feature a cloth costume, alternate hands and tons of accessories, as well as the same highly detailed sculpting we’ve seen in the previous One:12 Collective release, Dark Knight Returns Batman.  I mean, look at the sculpting on Dredd’s gloves! 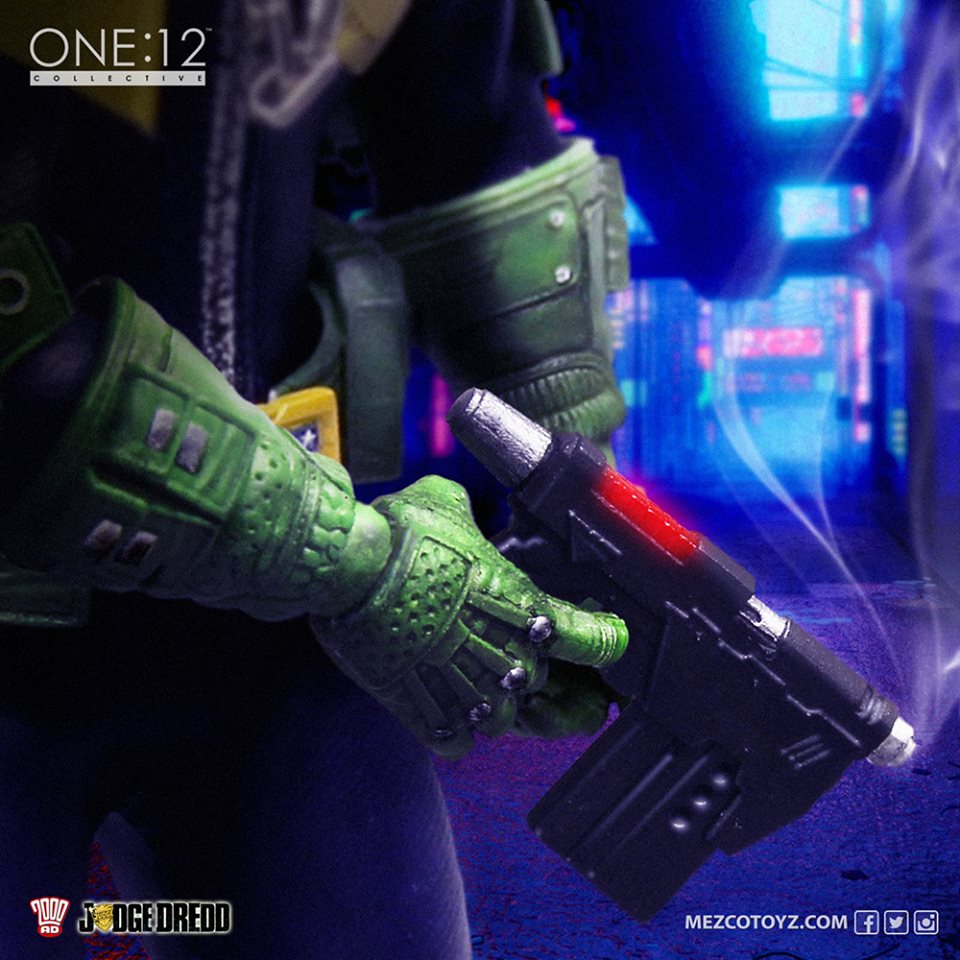 I had a chance to see the prototype of Mezco’s Dredd figure back at New York Comic Con, and from what I’ve heard, they made even more improvement on the production model.  I’ve been a die hard Dredd fan for ages, and while the good Judge has received the toy treatment a few times in the past, this one is hands-down the best action figure version we’ve ever seen.

Mezco is promising more news on Dredd very soon, so I imagine preorders will open in the new few weeks.  Based on what we saw at NYCC, he might be available in both blue and black suited variants.  Considering the three alternate colorways for DKR Batman, it seems like alternate colored variants might be the standard for Mezco’s new line. 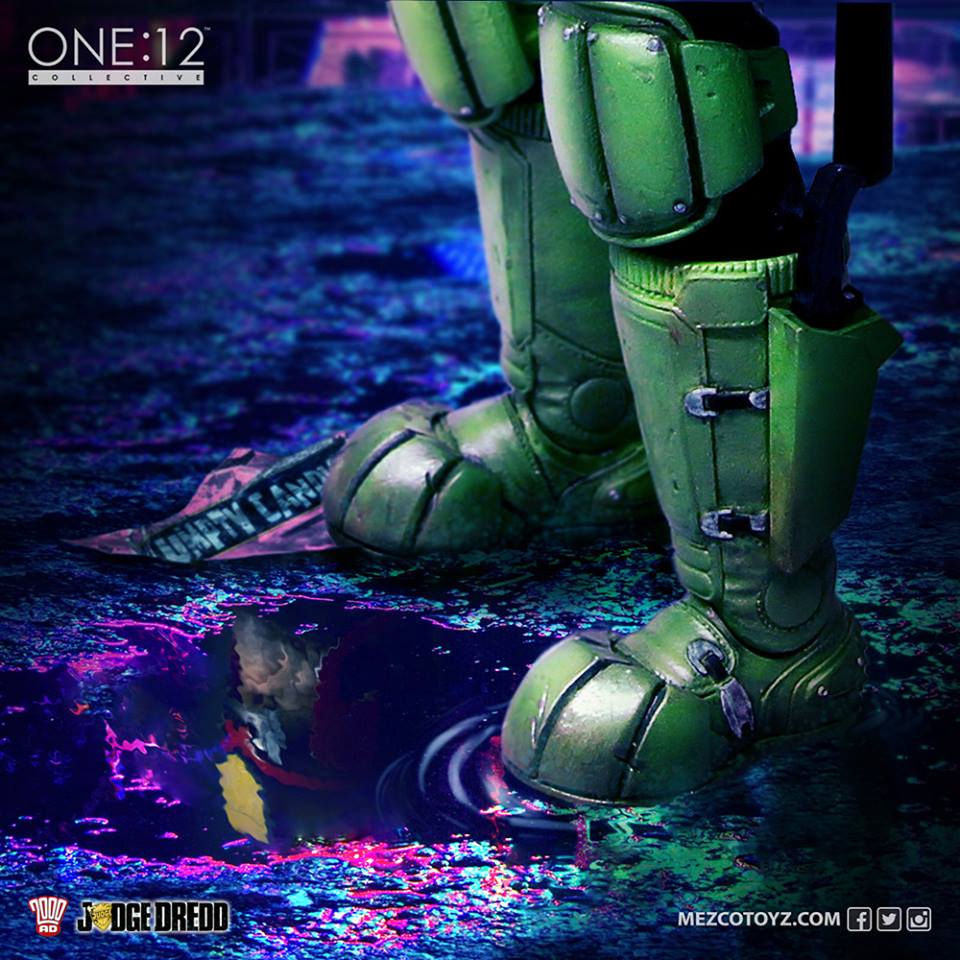 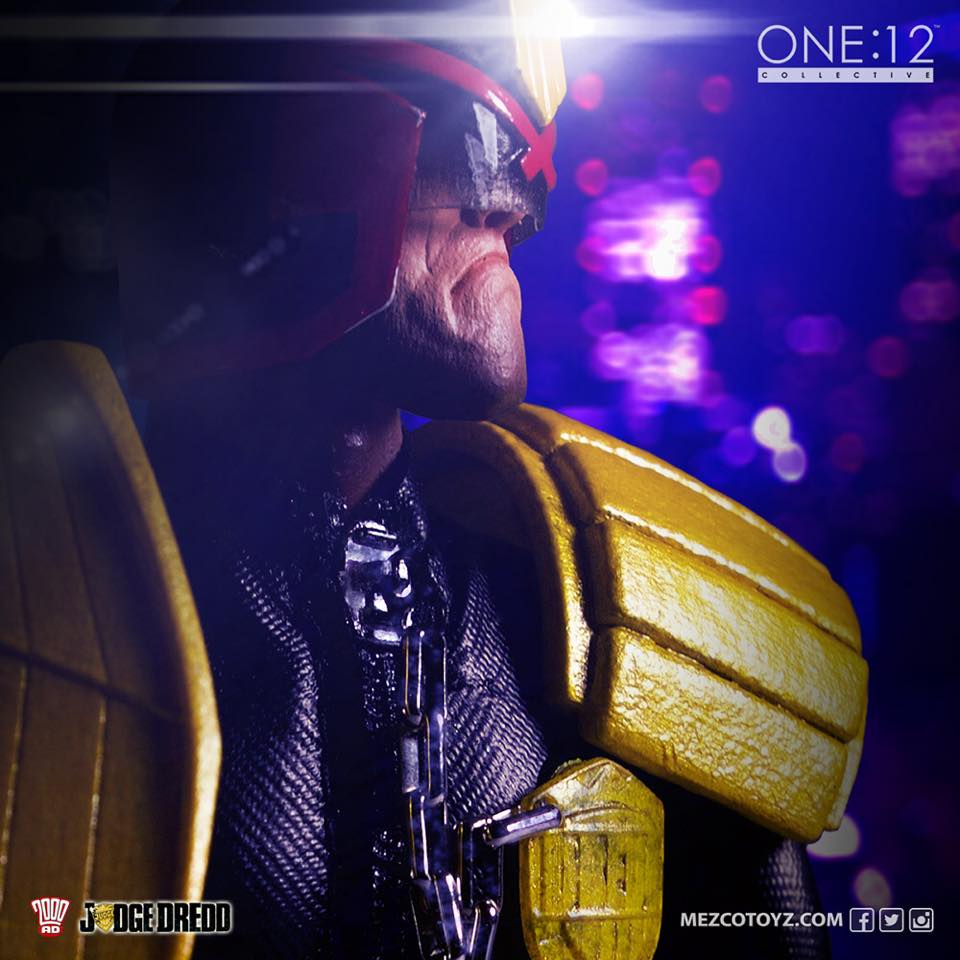 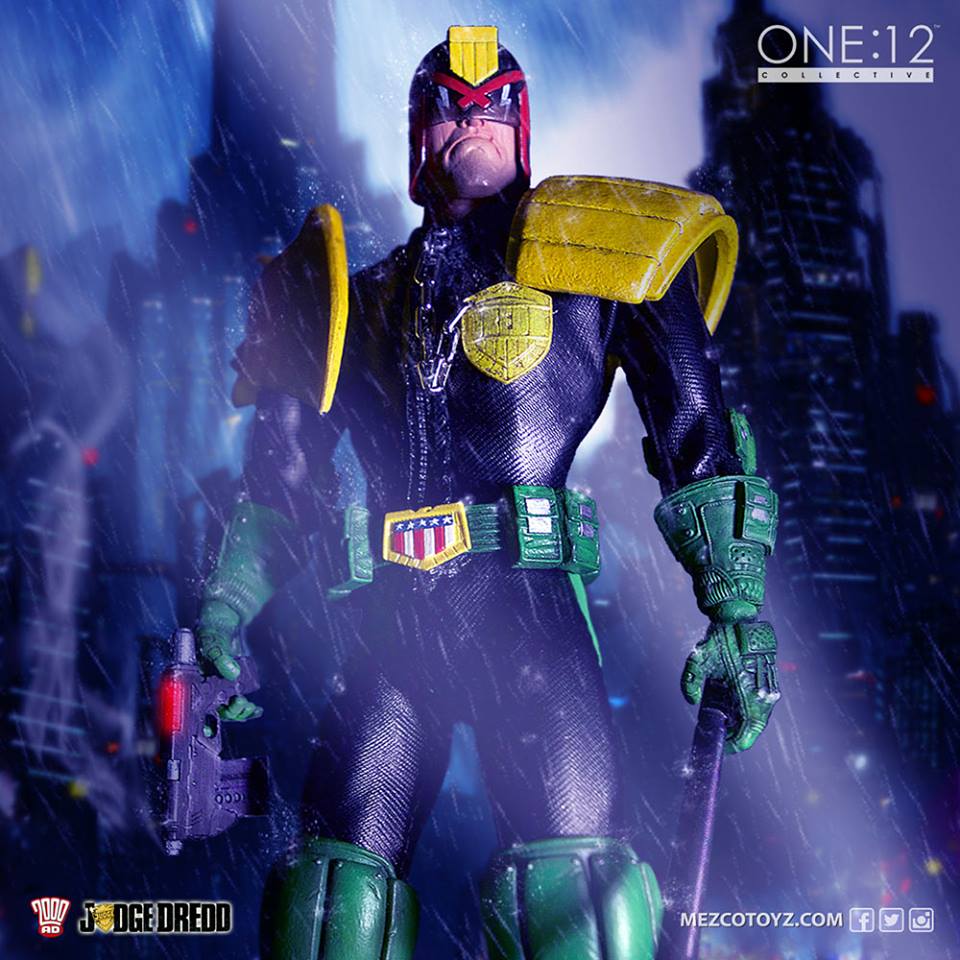 Follow Mezco Toyz on Facebook, or check back here on Kastor’s Korner for more One:12 Collective news, as it develops.