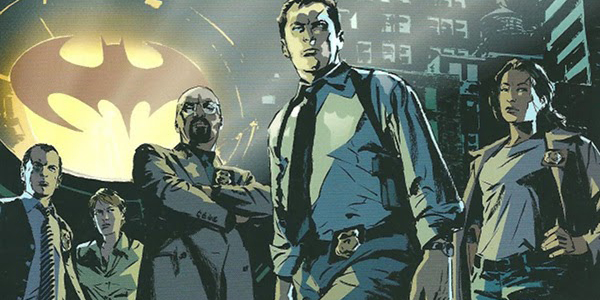 With the announcement of the fall pick up, Gotham promotes three actors to series regulars.

Show only briefly in the trailer with Bullock and Gordon both characters of Renee Montoya and Crispus Allen will be series regulars. Victoria Cartagena and Andrew Stewart Jones respectively. The two were major part of the GCPD comic bringing the police force front and center, with minimal interactions with Batman. It got a lot of buzz from comic fans, and is held as one of the best Batman spin off in comics. The addition of Allen to show also excites comic fans, because in the comics the character eventually becomes the conflicted hero the Spectre.

Also being brought on as a regular is Cory Michael Smith, Edward Nygma. Nygma will be a forensic scientist on the GCPD, who will eventually become the villain the Riddler. This is a new origin for the character but should add another to dimension to the villain, turning from a good guy to one of the most famous Bat-villains.

Gotham premires in the fall, so stay turned for more updates as the come up. Same Bat-time, Sam Bat- Website!