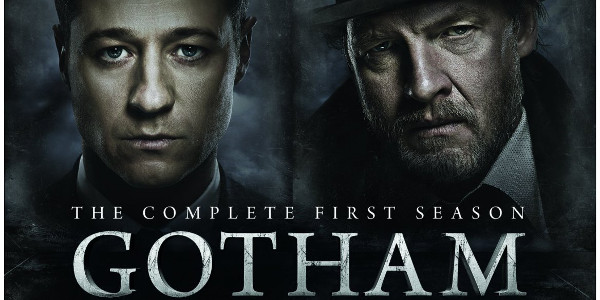 In a world where studios are making shared universes with their products Gotham came across to most as too much too fast.

For me I accepted the fact that this show lives in it’s own world outside of the Flash/Arrow-verse. Season 1 walked the path that I came to accept. Cop drama, with some of Gotham’s most wanted starting to rise peppered in to add flare. The cast grew on me as the season progressed, with my favorite being Alfred.

The show starts with the murder of the Waynes in Crime Alley. We have seen this all before and afterwards we flash forward to Bruce already a man in the cape and cowl. This shows Bruce after being raised by Alfred. With each episode we see Jim Gordon grow into the role we all know him to be. The initial episodes are not about Riddler, Gordon, Bullock, or Bruce. They are about Gotham City. The city is constantly under fire. What makes a person done a cape and cowl and protect her? Yes the studio took many liberties in this show to tell their story, but in my opinion it worked within how they told it.

Many people were upset with Episode 16 (The Blind Fortune Teller), in how they introduced what was and said 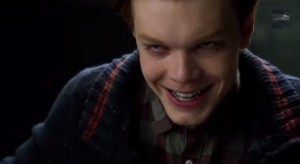 to be the Joker. However, the kid did an amazing job and I for one am looking forward to seeing what they do with it for season 2. Episode 22 was a treat for the fans as Bruce discovers something that will resonate with old school Batman fans.

What you need to take from this show is that it is not just about Batman, it is about his city and the roles people play that make it what it is.

As far as the Bluray extras they were very enjoyable. Building Gotham, Paving the Way for the Caped Crusader, and the Fractured Villians features were very insightful as the producers explained aspects that I did not think of and as I re watched the episodes I gathered new found respect for what Gotham is trying to build.

Gotham: Designing the Fiction feature takes viewers on a ride from concept art, to the overlays of  the New York skyline, and finally how Gotham was created by mixing the two. It also explains how they ended up using cell phones in the old style police station atmosphere.

The Game of Cobblepot feature goes through Penguin’s rise from a mob lackey to mob boss. It was honestly one of my favorite side stories in the whole season.

The next feature Gotham: The Legend Reborn shows some of the back story on the characters. Donal Logue as Bullock is fantastic. His perception of the character is fantastic and the way he plays off McKenzie’s James Gordon is something that makes this show magical.

The hidden gem in the features is the Gag Reel. There were some funny mess ups that showed how much fun the cast and crew had while filming.

People had some bad reviews of this show because it was not what they thought it would be. I for one enjoyed every episode and accepted that this is not Gotham we see in the books but a hybrid of what we have seen and may have yet to see. JQ gives Gotham: Season 1 a 8.5/10. Final episode thought gets a 9/10. Gotham returns to Fox Monday’s on September 21st. 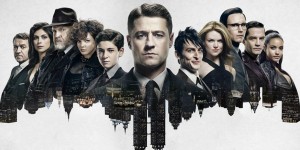