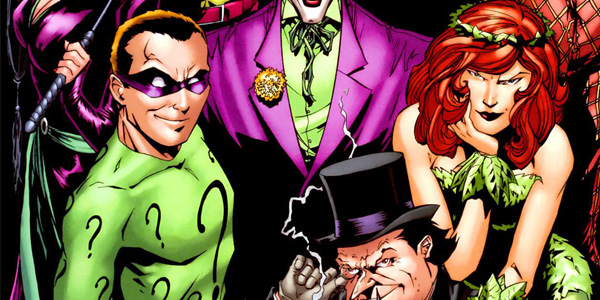 Gotham is not being shy in introducing all of Batman’s rogues in the new Fox series.

Talking with IGN show runner Bruno Heller revealed they are going into introduce even more villains into the show, though most will be pre-life of crime.

First off Hugo Strange will be part of the show, becoming one of the people who help build Arkham. SO not only will we see Strange and how he factors into Gotham and young Bruce’s life, but also the building of one of the most iconic buildings in town.

In addition to Strange it looks like we will see a young Harvey Dent, and a pre-accident Victor Freeze. The show is getting crowded with bad guys, so I wonder with Bruce so young can any of his allies show up?

There will be more update through the week at SDCC so check back for all our coverage.