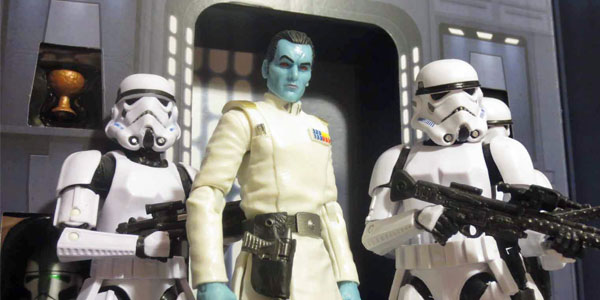 The legendary Imperial Admiral goes big for his first, ever Black Series release.

Grand Admiral Thrawn is one of the coolest characters from the original Expanded Universe. Timothy Zahn’s tactical genius was so beloved, in fact, that he became one of the first EU characters to be introduced into canon proper after Lucasfilm was purchased by Disney. Since then, Thrawn has become a major player in Star Wars Rebels… and who knows where he may show up next?

I mean, aside from in toy form, because in that regard he surfaced as San Diego Comic Con as a deluxe edition Black Series exclusive.  The Grand Admiral is packed in an oversized gatefold box, modeled after his notorious trophy room… complete with nine sculpted treasures which rest inside.  It’s a cool mix of stuff– including Commander Gree’s helmet and a badass easter egg in the form of the Holy Grail from the Indiana Jones franchise– and it enhances what is already a fantastic new figure. 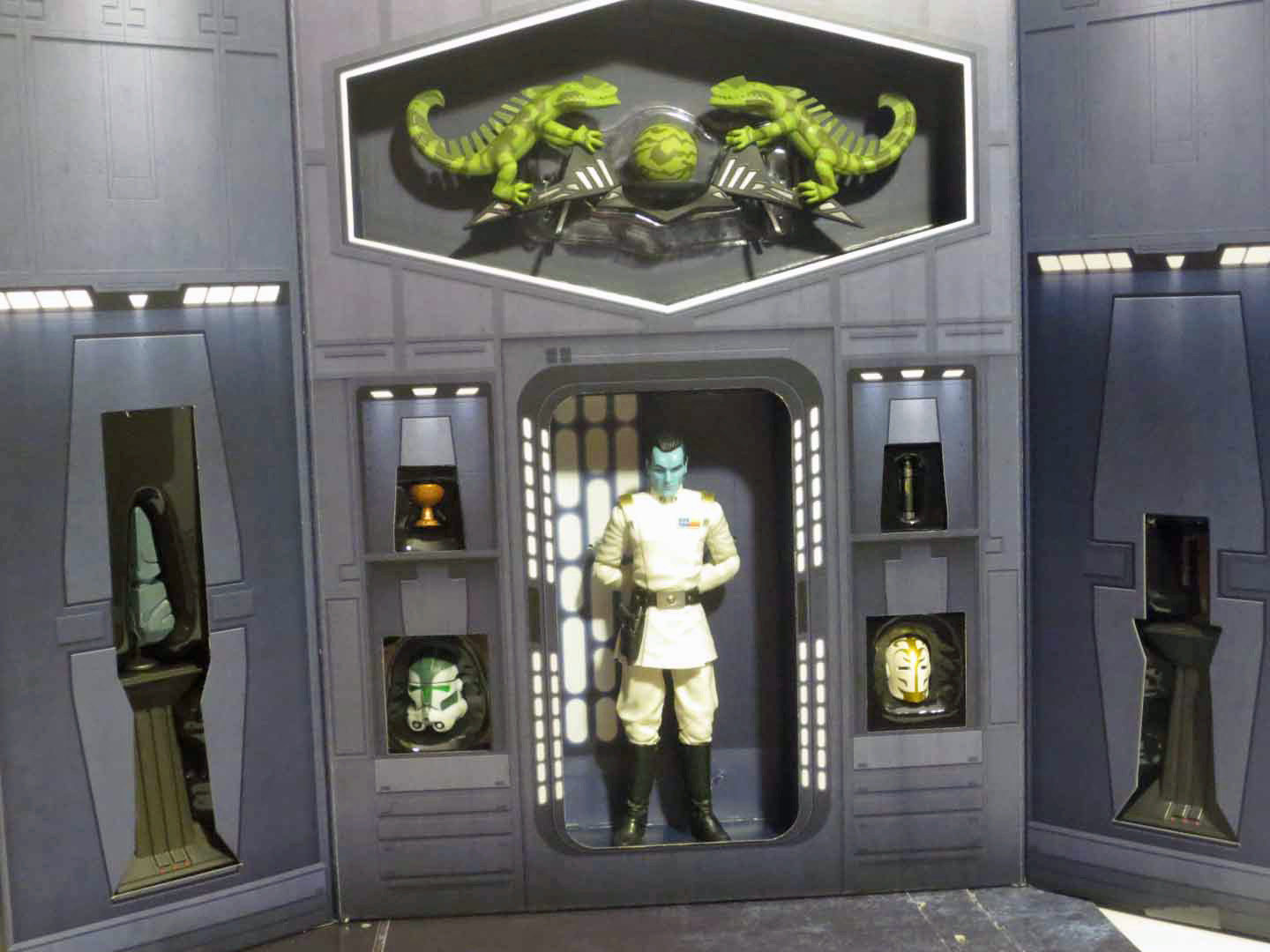 Much of Thrawn’s build utilizes parts from Director Krennic and the upcoming Grand Moff Tarkin, but his Admiral uniform is a sleek, stylish solid white instead of grey.  This bright outfit accentuates Thrawn’s blue skin and piercing red eyes quite nicely, and the headsculpt is packed with personality, especially the arched eyebrow.

Whether you’re into his appearance on Rebels, or a fan from the original EU, Hasbro’s Black Series Thrawn figure is a must-have. The smart parts reuse means he fits uniformly alongside his fellow Imperials, while his naval color scheme and blue skin allow him to stand out as strikingly as he should.  Thrawn made his debut at SDCC, but word has it a basic version of the figure, without his trophy room, is slated for release on Force Friday.  Do yourself a favor and pick him up if you see him… you’ll be glad you did! 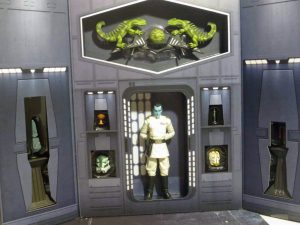 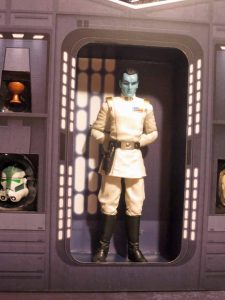 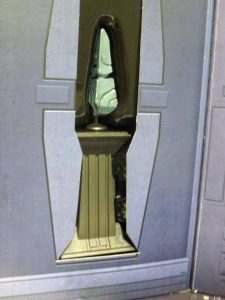 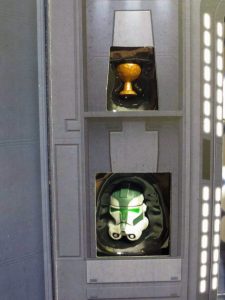 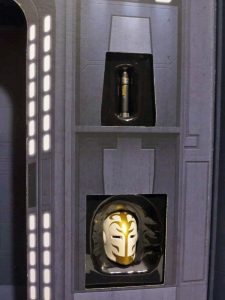 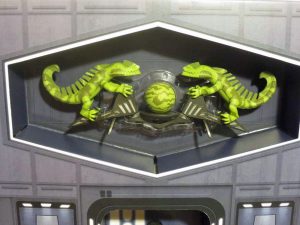 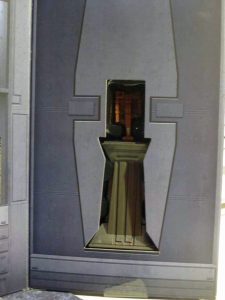 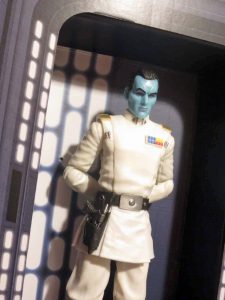 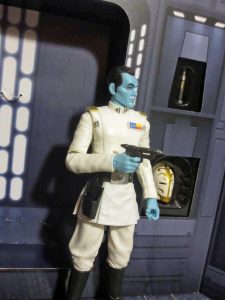 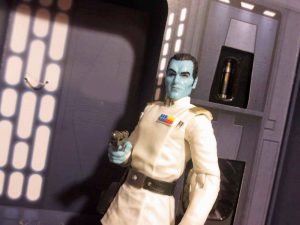 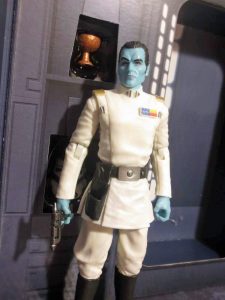 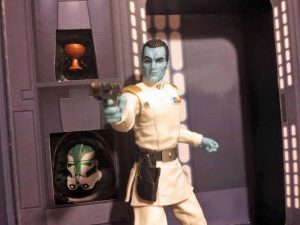 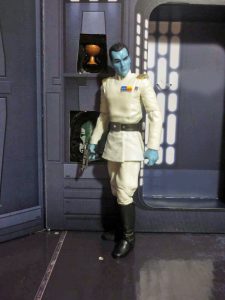 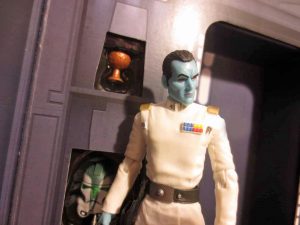 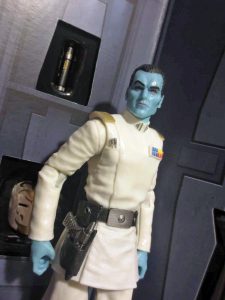 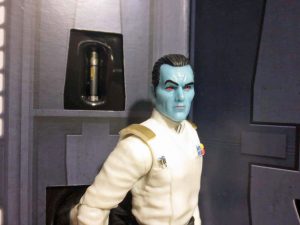 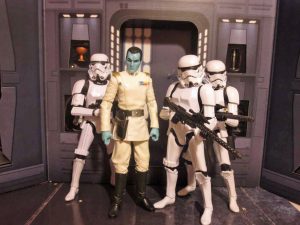 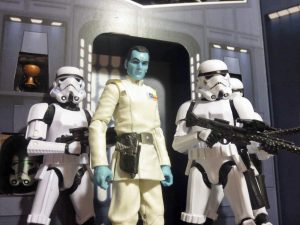