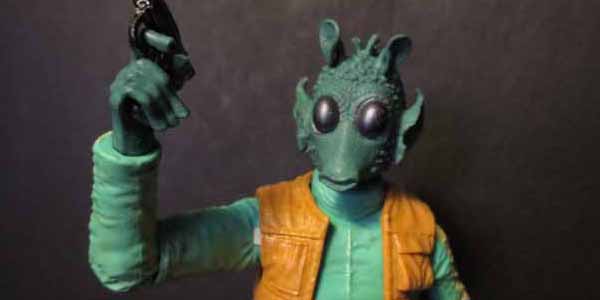 There’s no better poor sap in the Star Wars universe than Greedo.  The dude is in less than five minutes of the first movie, and yet his one scene– and his amazing character design– have nonetheless made him an icon of the original trilogy.  That being said, the failed bounty hunter definitely has a place in Hasbro’s 6″ Star Wars Black Series, which is fast becoming THE definitive Star Wars collection of all time. 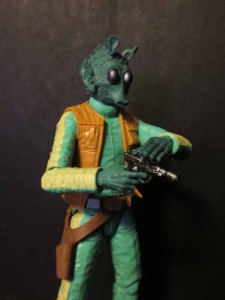 Greedo features yet another fantastic all-new sculpt, which is stellar.  From his scaly green skin to the wrinkles of his unkempt flight suit, the Rodian is loaded with screen accurate details, making the best use possible of his increased scale.  Not that he really needs it just to sit around and get shot, but Greedo is amply loaded with articulation, from a ball joint head to ball shoulders and hips, an ab crunch, injection mold elbows, hinged swivel wrists, rocket ankles and double joint knees, so you can pose him in any number of about-to-get-shot or just-been-shot poses.

The bounty hunter features his pistol, which he can hold very well in his right hand, while the left hand features his long, suction cup fingers fully extended.  While his overall body structure is still humanoid, this sculpt goes a long way to show off the otherworldly nature of Greedo, one of the first alines we get to meet up close and personal in A New Hope.

The figure also features a great wash, adding a bit of lived-in grime to his uniform, and really highlighting the detail of the creature’s scaly skin.  His insectoid eyes stand out very well in a high gloss black, as do the vest and piping on his uniform.  Scale-wise Greedo fits perfectly with the other Black Series figures, especially Han Solo, and the two compliment one another perfectly to recreate their Mos Eisley duel.

We’re only two waves in, and I am already incredulous that I once considered not following the Black Series.  This collection really is everything collectors have always dreamed of for Star Wars– perfect character selection, incredible all-new sculpts and a new scale that offers a whole new level of detailing and film accuracy– and I can’t wait to see what Hasbro has in store for us next.

Thanks to Mike’s Comics-N-Stuff for getting these figures to us to review!  Click Here to order your Star Wars Black Series figures today! 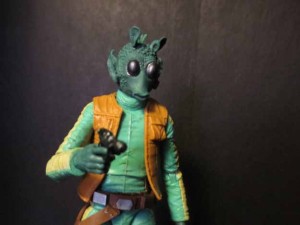 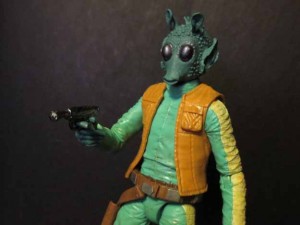 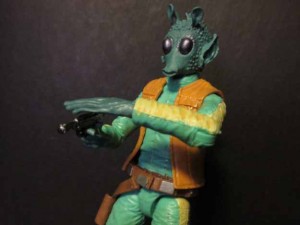 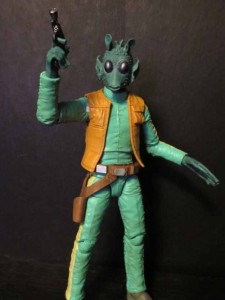 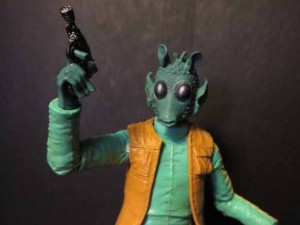 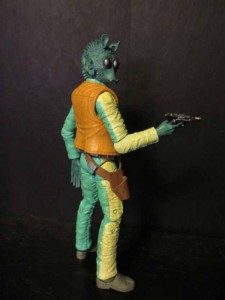 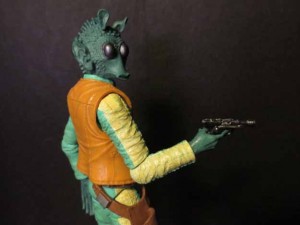 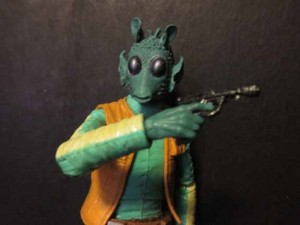 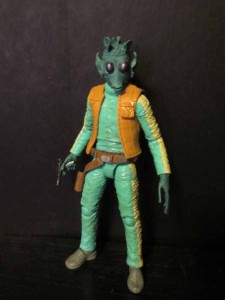 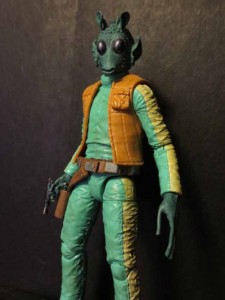 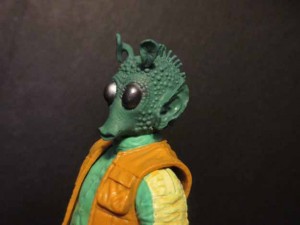 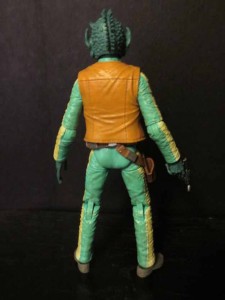 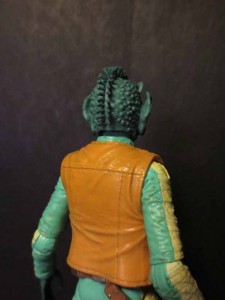 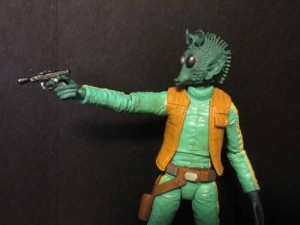 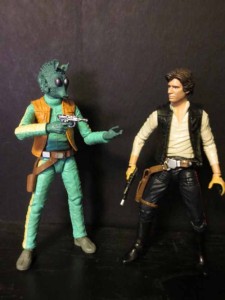 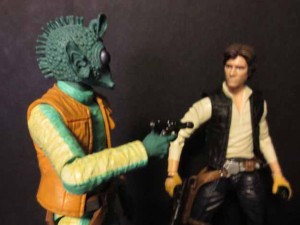 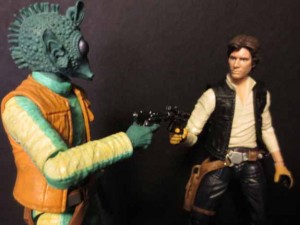 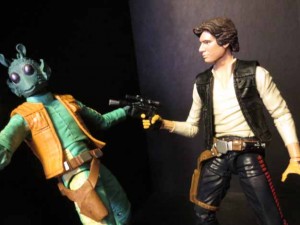 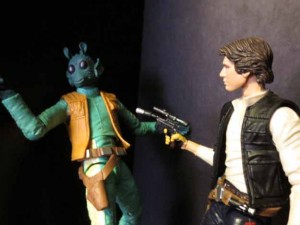 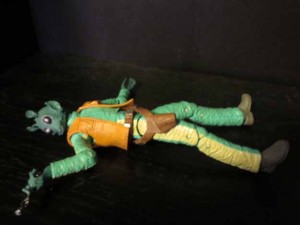 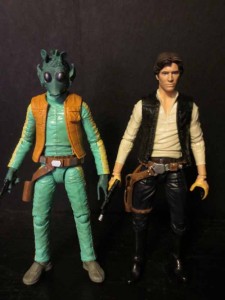 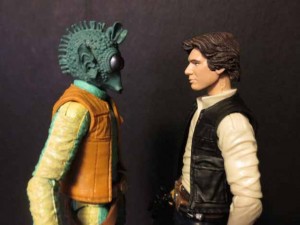 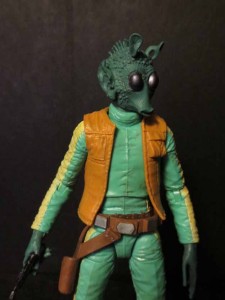 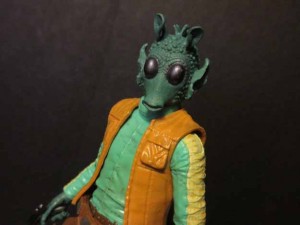 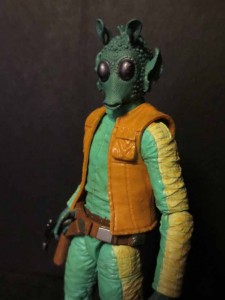 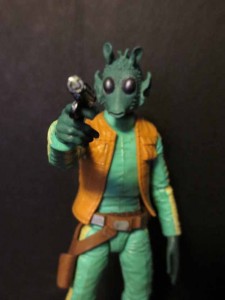 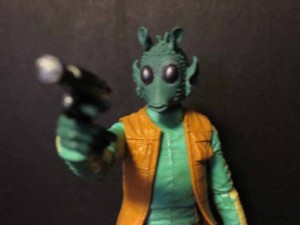