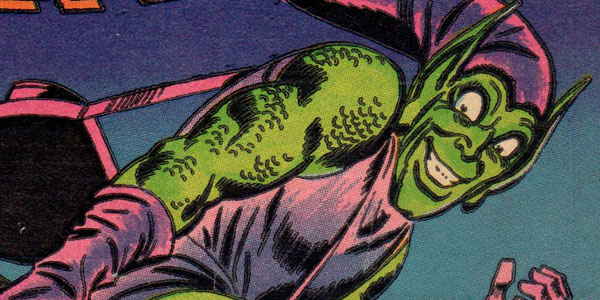 This week Sony released a close up of the new look for the Green Goblin in the Amazing Spider-man 2. So how does it compare to previous versions?The last time fans saw a Green Goblin on the big screen was in Sam Rami’s Spider-man, and he looked more like a bad Power Ranger villain than a Spidy character. This time they are going for more a realistic goblin look, mixing the tech and a mutation. 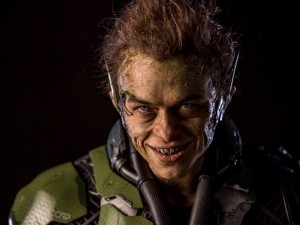 The issue that filmmakers have with the character is the original design does not translate well into the film world. The look in the comics allowed illustrators to give expressions to a mask, and when the mask came off Norman had the same cray look on his face. In real life masks don’t do that, so you either get a expressionless mask, or some kind of CGI or makeup effect.

I think the new look is a good mix, and works much better than Rami’s version. In this film the Goblin is Harry Osborn, played by Dane Dehann, and might give some clues to what might happen to him in the film. Could the Goblin formula be an offshoot of something the Parker and Osborn fathers be working on that gave Peter his powers? Did Norman try and it killed him? Will the same happen to Harry, because it looks like it eating away at him?

So many questions and about 2 months to go until we get the full story. So what do you think of the new Goblin look?