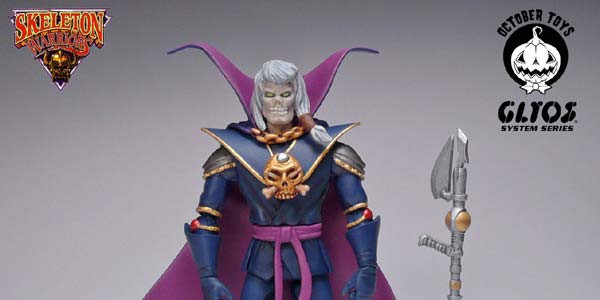 The second figure in October Toys’ Skeleton Warriors reboot is live on Kickstarter, and Grimskull needs your help.

Grimskull, like Baron Dark, is designed using the Glyos system, meaning his parts are interchangeable and fully modular.  This guy is the first human scale figure in the new Skeleton Warriors series, meaning he’s smaller than the Baron and the Titan Skeletons… he’s likely more in line with the human figures in the Four Horsemen’s Power Lords collection.

He looks great, though!  This is another winning sculpt from the Gaspars, and Grimskull is a perfect rendition of his appearance in the short-lived Skeleton Warriors animated series.  He even includes two interchangeable chest decorations, which sort of makes him cartoon-accurate times two, depending on which model sheets or episodes you’re looking at.

Grimskull will also include his staff and blaster gun, both really cool pieces that blend the fantasy and sci-fi elements of this universe, as well as his wolf ally Stalker.

This is a really cool figure, and so far October Toys has been killing it with their new Skeleton Warriors series.  As of this writing, the Grimskull campaign has less than 12 hours to go, and it’s only reached $30k of the $50,000 goal.  That’s a fairly wide spread, but it’s certainly possible.  So if you have fond memories of the Skeleton Warriors, want a new Glyos figure to add to your collection, or are just into badass skull-faced warriors who hang out with wolves, you should really consider contributing to the Kickstarter campaign HERE. 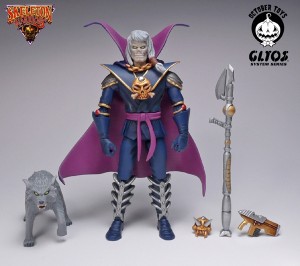 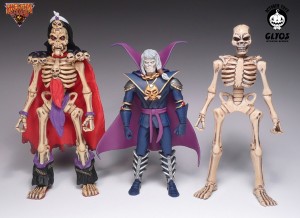 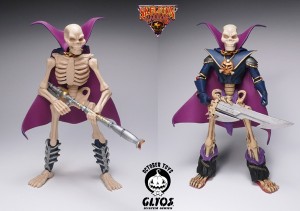 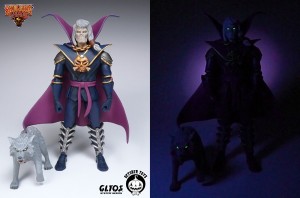 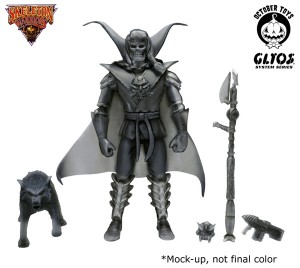