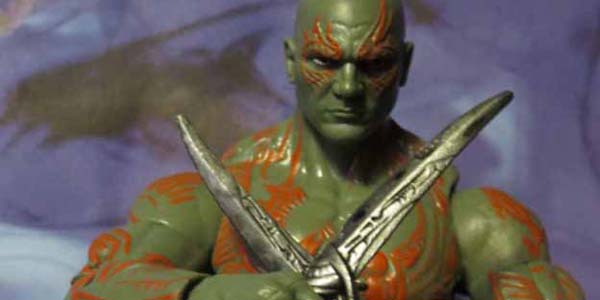 The deadly Drax gets the movie toy treatment in Hasbro’s Guardians of the Galaxy Legends.

I really dig the cinematic look of Drax in Guardians of the Galaxy, and Hasbro’s Legends series figure does a fantastic job of realizing those little details and flourishes.  Converting the warrior’s red tattoos into scars allows this figure to feature a great sense of texture– there’s not a centimeter of him that isn’t visually distinct and cool looking– and the red scars stand out brilliantly against his drab green skin.

Drax is a big, bulky figure, maintaining a good scale with his fellow Guardians and other Legends bruisers like Sabretooth, Luke Cage and Hyperion.  While he features another 100% new sculpt, Drax also shares a generous articulation pattern with those other bigger figures, allowing lots of posing options in spite of his mass.

Sculpt-wise, I think the Drax figure’s Dave Bautista portrait is the best actor sculpt in the series, nailing the fierce looking likeness of the former wrestler.  The on Drax’s face works very well for the character, even if his expression looks slightly out of place among the more neutral expressions of his fellow Guardians.

Drax comes packed with his twin knives, which he can hold in his hands or store in sheathes on the back of his belt.  Other than these blades, the figure also includes another piece of Groot, delivering the final member of the movie Guardians piece by piece.

I’m happy with the new Drax figure, who is one of the better Guardians Legends, and also a huge step up in terms of sculpt, articulation and design from the fairly disappointing comic-based Drax figure.  Drax is another figure that fits in perfectly well with the entire Guardians team, but even on his own merits he’s a pretty awesome toy. 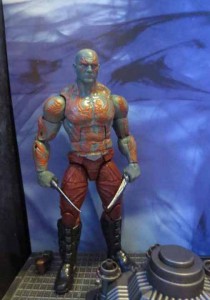 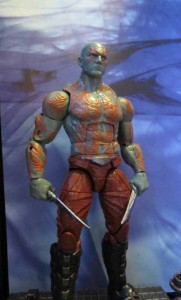 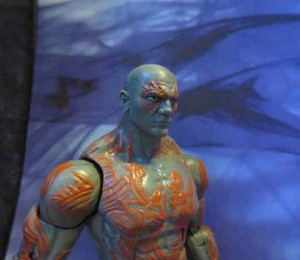 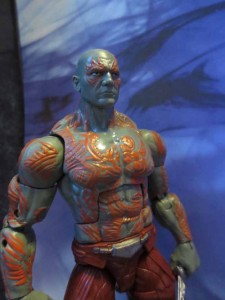 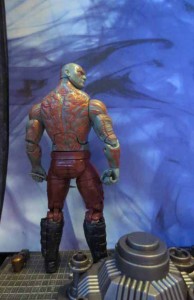 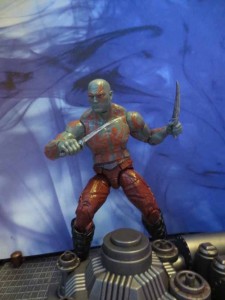 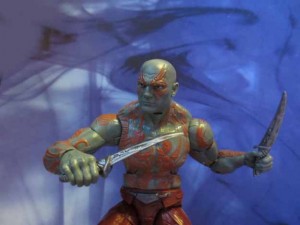 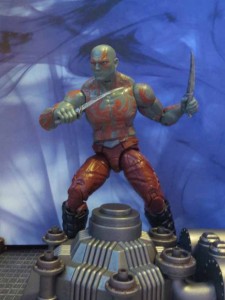 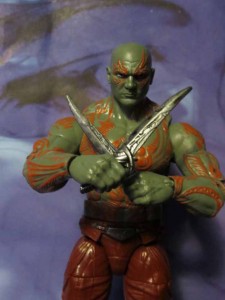 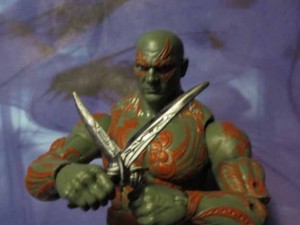 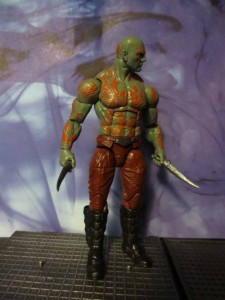 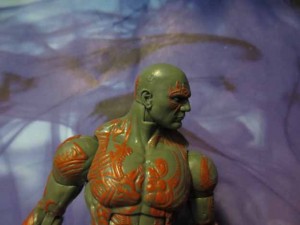 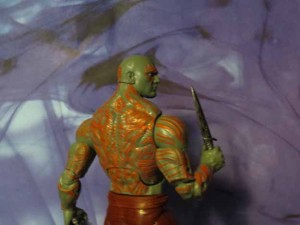 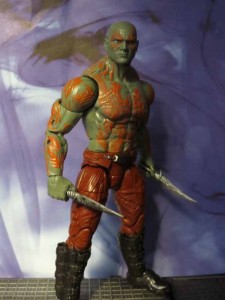 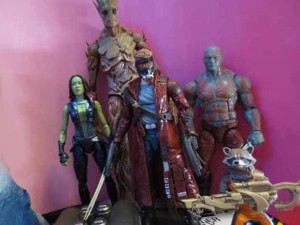