Guardians of the Galaxy Gamora is Ready For Action 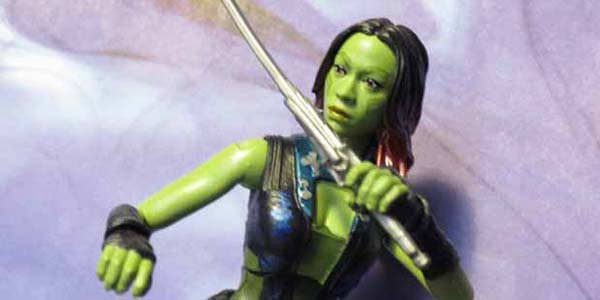 The intergalactic assassin Gamora makes her Marvel Legends debut in movie form, as part of the Guardians of the Galaxy Legends.

Gamora is a staple of Marvel’s cosmic universe, so I have been stoked ever since we discovered she would be one of the stars of James Gunn’s Guardians of the Galaxy movie.  And since the entire cinematic team has been captured in plastic in Hasbro’s new toy line, movie Gamora makes for a pretty cool figure, as well.

The green skinned killer Gamora is an all-new sculpt, which is loaded with film accurate costume details and a solid portrait of actor Zoe Saldana.  The sculpt is overall quite nice, with every aspect of Gamor’s movie outfit being realized here.  While I find many of the photos I’ve seen of this figure make her head look too big and her arms too skinny, the proportions are much better in person.  The likeness to Saldana is way better than some of the actor sculpts in this series, although something about this actress with green skin just seems slightly… off.  This isn’t a fault of the toy, as I feel the same way when I see Gamora in the Guardians trailers, but this figure also doesn’t really resolve the issue.

While Gamora features quite a bit or articulation, certain limitations exist.  Her long hair restricts her neck articulation, and her ab joint and ankles are somewhat limited.  And, much like Star Lord, her arms are made of a soft plastic, making it a challenge to hold her totally cool looking techno sword accessory.  Aside from that weapon, Gamora also includes another piece that can be used to assemble the Build-A-Figure Groot.

Overall, Gamora is a solid figure.  While the overall look of the figure is slightly awkward, some of that has to be attributed to the character design not quite meshing with the actor’s looks.  Despite this, the detail on this new sculpt is out of this world (sorry), and she looks great with the rest of her fellow Guardians of the Galaxy.  I’ll definitely give Gamora a pass, if only because Hasbro not only released her, but included her in the first wave of this new series.  That’s completely awesome, and I hope that future Legends assortments will be as cool and considerate as the Guardians collection. 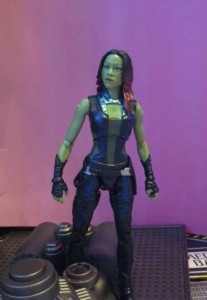 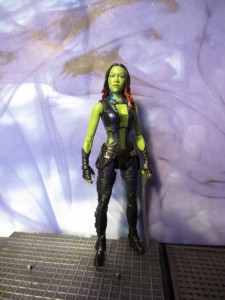 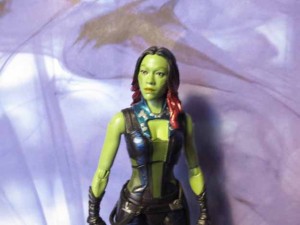 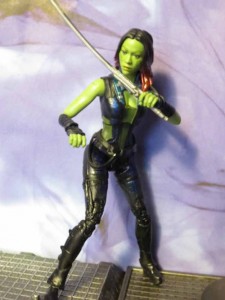 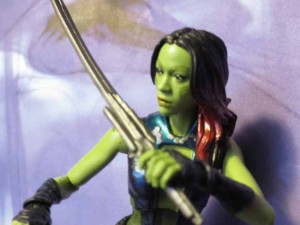 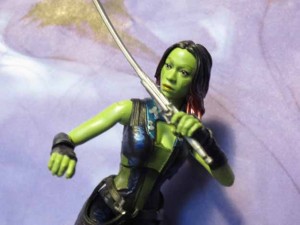 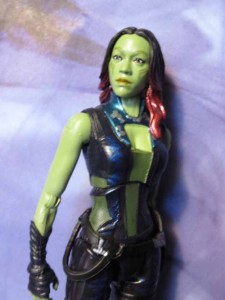 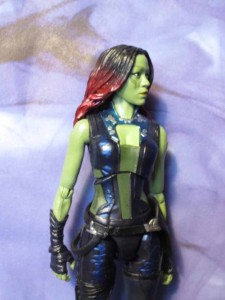 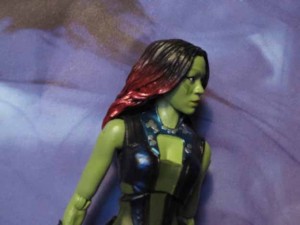 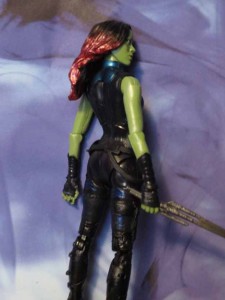 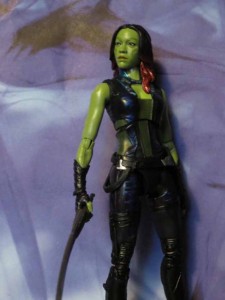 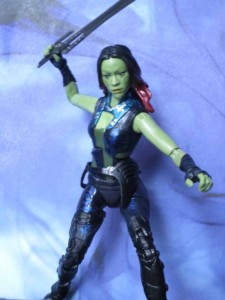 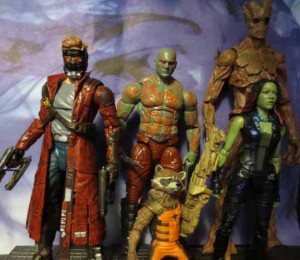