Guardians of the Galaxy Gets a Great New Poster 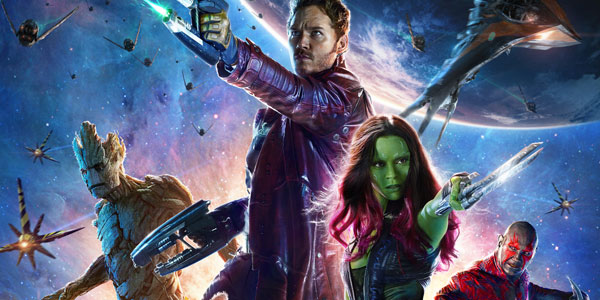 The gang’s all here in this great new one sheet for Marvel’s sci-fi epic.

I don’t know if it’s because of the tidal wave of good faith they’ve earned or what, but I’ve really begun to love even just the marketing for Marvel Studios’ releases.  I’m beyond excited to see how Guardians of the Galaxy turns out, but honestly between now and August I’m equally pumped up just to see how Marvel promotes this big, weird, risky new movie.  What we’ve seen so far has been incredible!

The first trailer hit a perfect oddball tone, and became an instant rewatch for me– seriously, I’ve spent time just watching that damn trailer instead of a TV show– and all the posters and artwork has been great, pulpy and fun and entirely different than the typical Hollywood back-to-the-camera, everybody shoegazing aesthetic.  And the new one poster (which will be followed with a new trailer on Monday, continues this delightfully old fashioned approach in a great way.

What we get here are nice, clear shots of all our heroes– Marvel is very much not trying to hide how out there this group of aliens and misfits is– and a wonderful layout.  The soft pastels of the space backdrop, the fiery blasts of the lasers and the painterly quality all combine to look like the box art of the most ass-kicking sci fi movie ever at the video store.  You know, the kind you’d beg your parents to rent so many times, the video store guy would just offer to sell it to them instead?

My friend Justin also noted, which I find interesting, that Gamora is actually the forward-most character in the layout of this poster.  Maybe it’s nothing, but with so much talk of Marvel getting ready to release a female-fronted movie in the near future… could this actually be a subtle acknowledgement?  That’d be cool.

Check back Monday for the new trailer.  I expect lots of great and weird things. 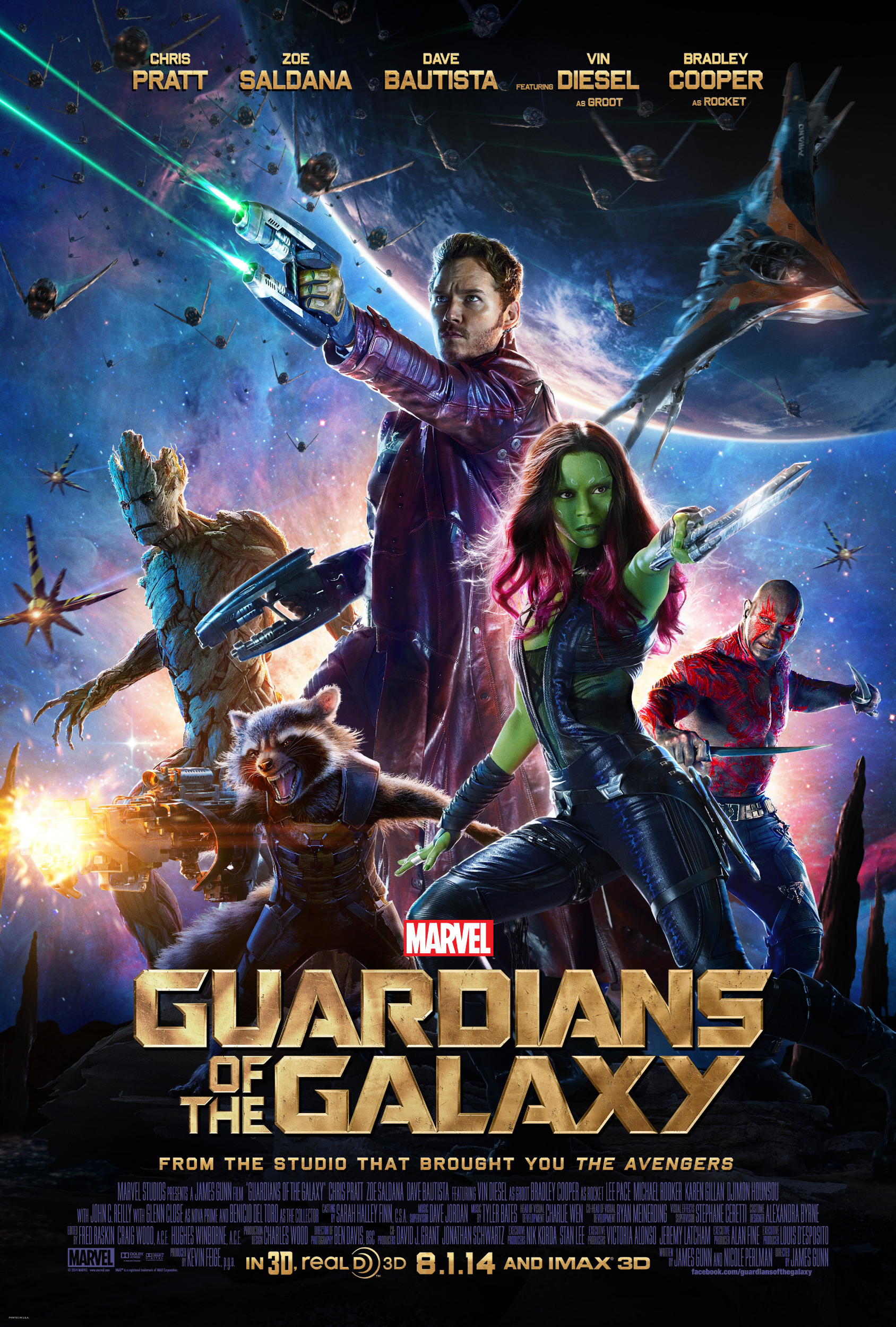