Guardians of the Galaxy Get Their Leader with Legends Star Lord 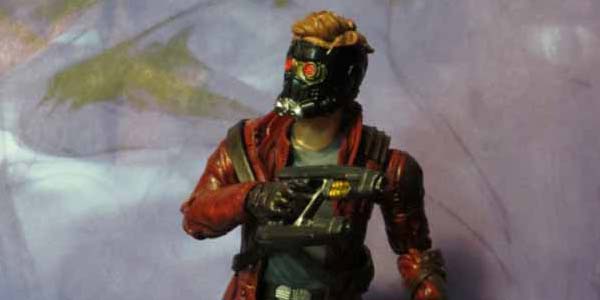 Peter Quill, better known (by himself, anyway) as Star Lord is one of the main players in Guardians of the Galaxy, so it makes sense we’d see the intergalactic rogue in the Guardians themed Marvel Legends collection.  Based on his movie appearance, Quill is a very well done figure, and packs in more accessories than virtually any other Marvel Legends I can recall.

From what we’ve seen in the trailers, Star Lord appears to have two main outfits in the movie– one with a short jacket and another with a longer, duster style coat.  We get the latter for the action figure, and it’s a good look.  The character design is strong, as we’ve come to expect from Marvel Studios, and Hasbro’s team have done a great job of bringing the cinematic Star Lord to life.  I like that while Quill’s jacket, bandolier and boots include small, well sculpted details, the overall figure is still eye-catchingly simple and strikes a great silhouette.

Like the movie based Captain America Legends, Star Lord features an alternate head, so he can be displayed either masked or unmasked.  The Peter Quill head sports a fair likeness of Chris Pratt– you won’t be able to make any convincing Andy Dwyer action figure with this face sculpt, but in the context of the rest of the figure he’s easily identifiable.  Although, as the only human on a team composed of two green skinned aliens, a giant sentient tree and a talking raccoon, I guess it would be easy to pick Star Lord out of a lineup, regardless.

In addition to the swappable head, Star Lord also includes his twin laser guns, which he can hold very well, his headphones and yellow walkman, and a silver orb which– according to Hasbro– will play into the film’s plot.  And of course, Star Lord also includes a piece of the massive Build-A-Figure Groot, who can be fully assembled to complete the movie style team if you pick up all six individual Guardians figures.

Star Lord is well articulated, with all the standard moving parts we’ve seen from Hasbro’s more recent Marvel Legends, and his long coat is made of a material pliable enough not to hinder any of his lower body articulation.  The only downside is, the figure’s forearms are made of this same soft plastic, making posing his arms slightly more tricky.  Still, he’s a cool looking figure, and he’s lots of fun to pose and play around with.

Hasbro did a solid job with their Guardians of the Galaxy Legends line, and I love that they managed to get the entire team into a single wave of the series.  It’s great to not have to worry about whether Gamora or Drax would get their representation in this toy line.  Star Lord is one of the best Guardians Legends figures, but as great as he is on his own, he’s even better when included with his entire crew. 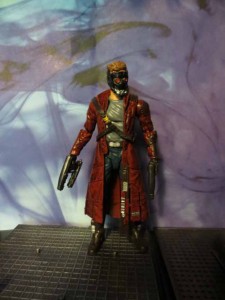 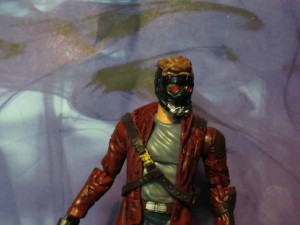 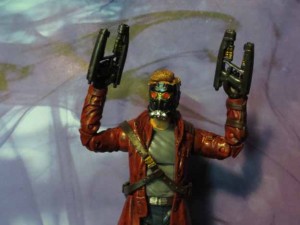 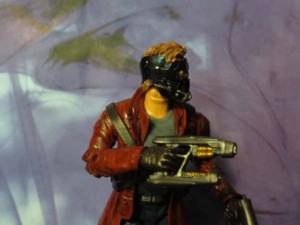 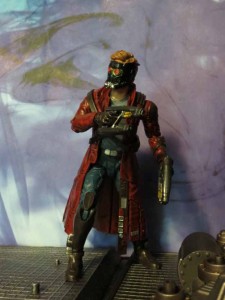 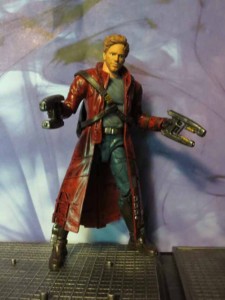 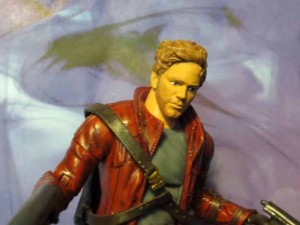 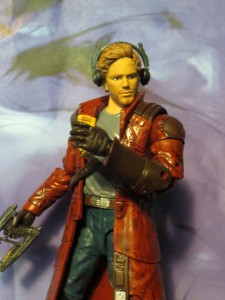 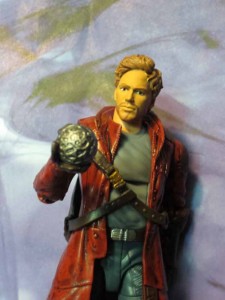 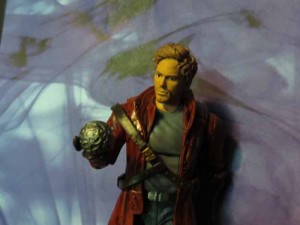 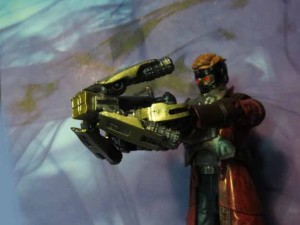 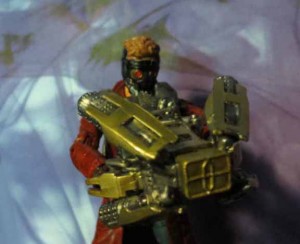 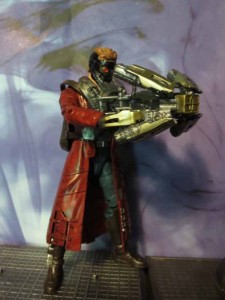 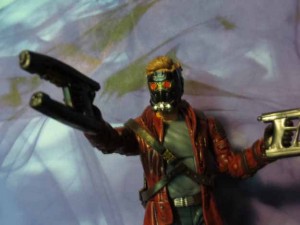 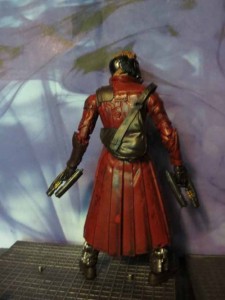 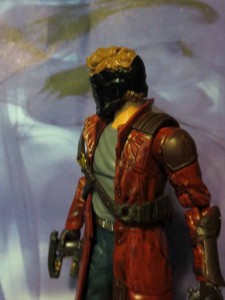 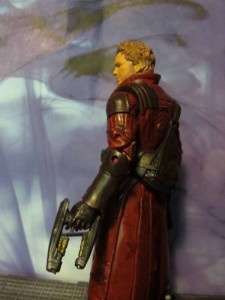 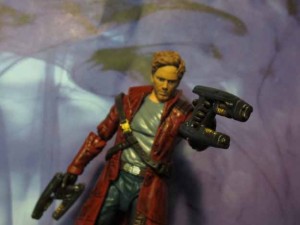 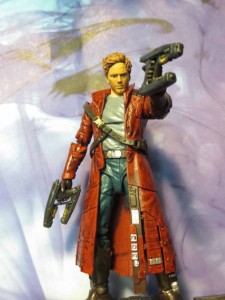 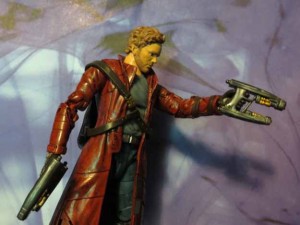 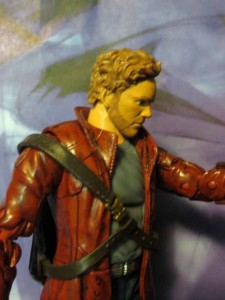 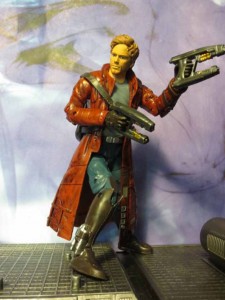 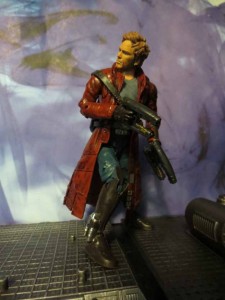 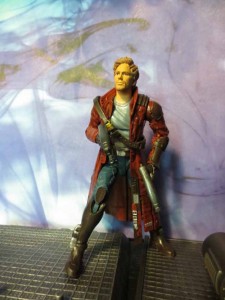 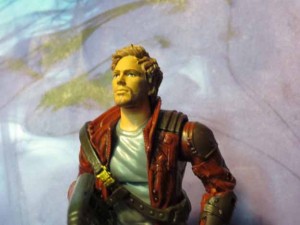 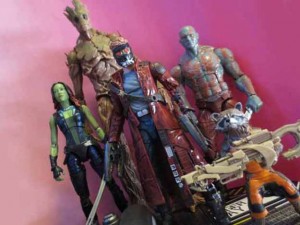