Guardians of the Galaxy Legends Make Their Debut 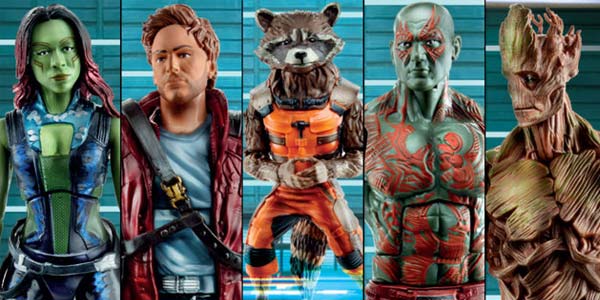 Get a first look at Hasbro’s Guardians of the Galaxy Legends figures.

Yahoo! Movies debuted two images of Hasbro’s Guardians of the Galaxy Legends Infinite Series figures, which are set to hit stores in July just before the new Marvel movie.  These two photos are part of a poster which will be given away at Toy Fair this weekend (hey, I’m going to that!), as a clever riff on the Guardians teaser poster which premiered at Comic Con last summer.

As for the figures, I think they look pretty cool, if not a little soft on the likenesses of Starlord and Gamora.  I’m quite happy that we’re getting the whole team in movie style, so between these guys and the Black Widow in Cap Legends, we’ll have both Marvel movie teams complete in Legends form this year!  Plus, there’s still two spots yet to be revealed in the GOTG Legends six figure line (Groot is the Build A Figure), which will likely be comic based figures.

We’ve already seen the 3D scan of a comic-style Starlord figure, so I’m betting he will still be part of this assortment, likely as a swap figure with his movie counterpart.  The other rumored figures for this series have been Nova and Iron-Man.  Tony Stark would probably be comic style, in his new GOTG armor.  Nova, well, he could be anything– Annihilation style Richard Rider, Sam Alexander, or a movie Nova Corpsmen… I’d be happy with any of them, honestly.

According to Yahoo, Hasbro will have this whole wave on display at Toy Fair, so we will know the whole story very soon.  In the meantime, feel free to make your best guess on what other figures we’ll see in this line in the comments below! 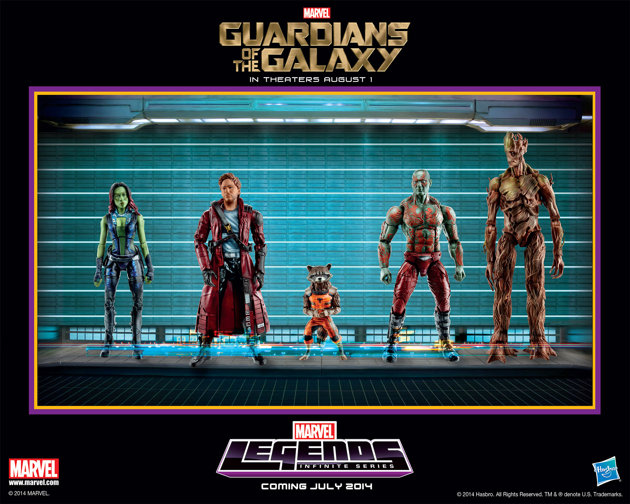