Guardians of the Galaxy Legends Rocket Breaks Out the Big Guns 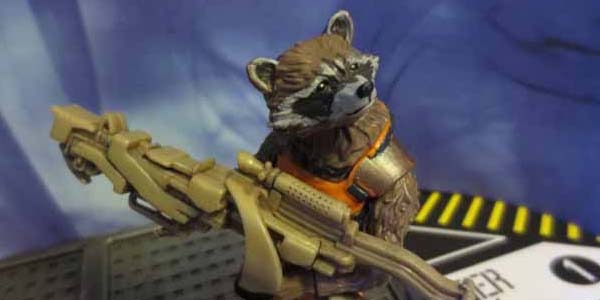 Don’t call him a raccoon… but can you call him a decent action figure?

Rocket is definitely the most controversial figure in Hasbro’s new Guardians of the Galaxy series, and many of the issues with him are valid.  The bounty hunter is in scale with his fellow Legends, meaning he stands just under 3″ tall.  This means he looks great with the rest of his team, but suffers from some limitations on his own, leaving him cool looking but hard to justify for a $20 price tag.

The size of Rocket is actually a benefit.  I would have hated to see him too big and off scale with his fellow Guardians.  And his accessories– a big honkin’ rifle, Groot’s sizeable torso and a second weapon which can be wielded by Star Lord– help to fill Rocket’s box and make him feel worthy of the retail cost.

And the figure looks great! The sculpt totally nails this little guy’s on screen appearance, complete with his unkempt orange jumpsuit, and some very well sculpted fur on his arms, face and bushy tail. I feel like Rocket’s facial expression is a little on the calm and neutral side; I’d have loved to see an alternate snarling head included, but overall the sculpt works very well.

I wish I could say the same for the articulation, which is the main reason Rocket falls short in comparison to his allies.  Rocket features a ball socket neck with limited range, a decent ab torso, swivel tail and fully articulated arms.  Note, I didn’t mention the legs, and this is because the figure is static from the waist down– no hips, no knees, no ankles.  I get that packing in tons of moving parts can be tricky on a uniquely proportioned, small figure like this, but including NO leg articulation feels more cheap and lazy than any sort of stylistic decision.  It’s a shame because the overall figure– while looking very good and maintaining a great sense of scale– winds up feeling more like a statue than a Legends release.

At least the arms can pose, which is good because this opens up some good options for Rocket to carry his massive gun, something he does quite well.  The dirty gold color of the piece offsets nicely with Rocket’s brown fur and orange suit, making him a very eye catching figure, overall, and one that’s sure to be a hit with kids and collectors alike.

Here’s the thing– no matter what Rocket wound up being like, most of us are gonna get him to complete the Guardians team.  But the final result almost feels like that’s what Hasbro was banking on– what we get is a great looking figure, whose design and engineering could have been vastly improved upon. I appreciate the attention Hasbro paid to scale and packing in enough other stuff to not make Rocket feel like a less valuable purchase than his series-mates, but in the end, I would have gladly paid for an emptier box if it meant a more fully realized figure. 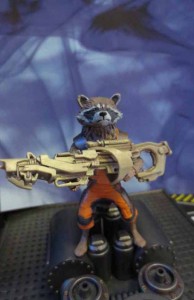 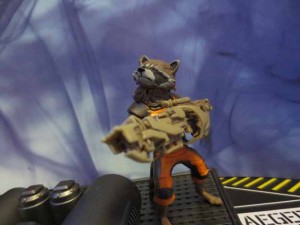 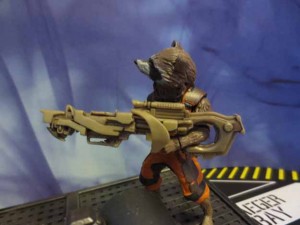 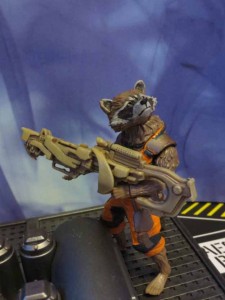 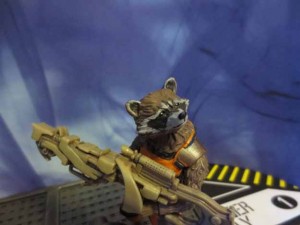 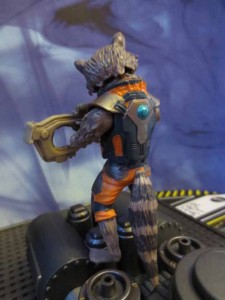 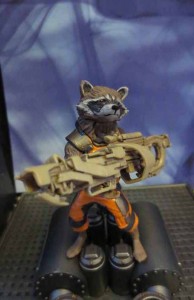 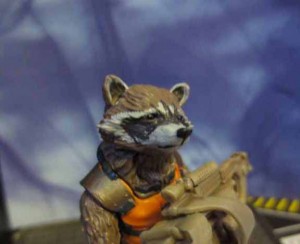 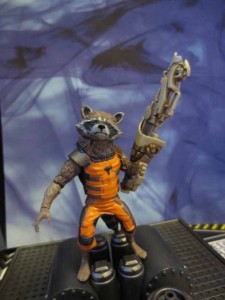 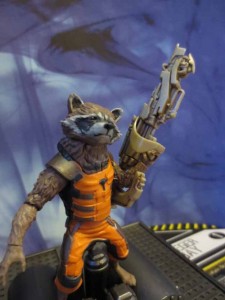 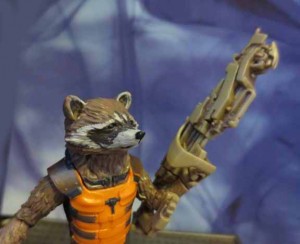 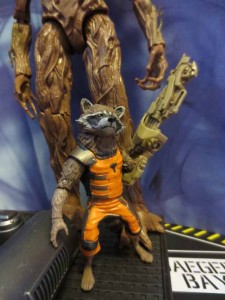 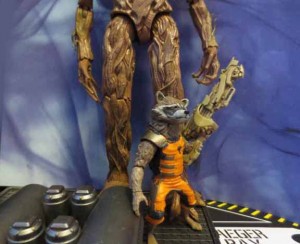 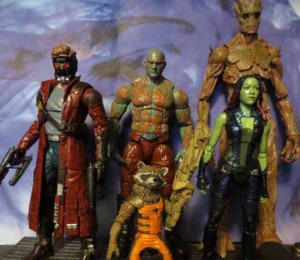