The Guardians Of The Galaxy Gets Some Villains 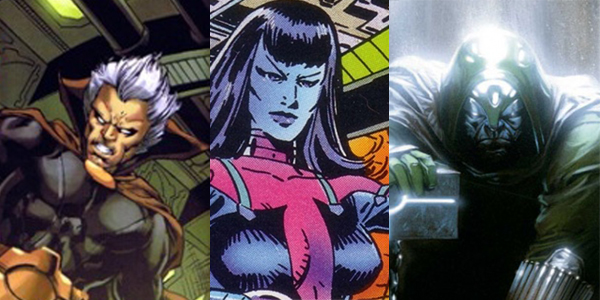 With about a week to go before SDCC Marvel movie rumors are plentiful. It seems that the Guardians of the Galaxy may have not one villain, but three: The Collector, Ronan The Accuser, and Nebula.

With all the news about the Marvel films coming fast these days, news on the cosmic section of the Marvel Universe has been rather light until this week. Chris Pratt recently posted his newly chiseled physique on his Instagram, and the cast is starting to grow. The cosmic team of heroes will be facing off against this trio of villains, but who will be playing these characters?

Initially it was thought that Benicio Del Toro would be playing the villainous Thanos, but it appears he will be playing the Collector. A character, who in his own twisted way is trying to protect the universe.

Lee Pace will be playing Ronan the Accuser, an enforcer for the Kree race. Also Karen Gillan will be playing the role of Nebula. She has ties to Thanos, Galactus, and The Guardians of the Galaxy.

Could this be the beginning of the Annihilation story line? Both Ronan and Nebula played a role in the battles during Annihilation. And will we see more of Thanos in this film only time will tell. We will most likely get official word next week at SDCC