Guillermo Del Toro Takes You On a Tour of Crimson Peak 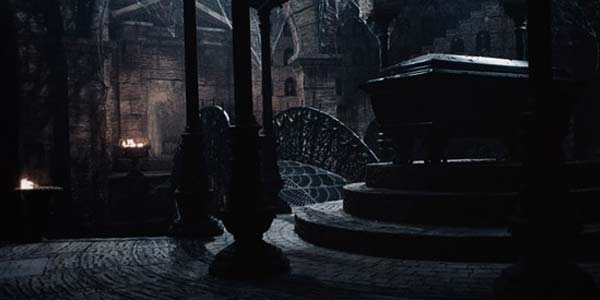 The director gives us a virtual tour of the setting of his upcoming Gothic Horror film.

Guillermo Del Toro was all over Comic Con this year!  But of all his projects, the one that seems most intriguing is his next feature film, Crimson Peak.  This Gothic horror/ romance was confirmed to be R-rated at the Legendary panel yesterday, and while it’s still over a year away, Del Toro shared some early footage which was apparently a huge hit with the audience.

We haven’t seen Del Toro do a proper horror film in years, so this could be a true return to form for him.  I love basically everything GDT has done, from his blockbusters on down to his early Spanish films, but he really shines when it comes to atmospheric, etherial horror.

While I would have loved to have seen the footage playing in Hall H, Del Toro did something for the rest of us sad sack non-attendees.  The Legendary booth on the floor at Comic Con features a large scale set replication from Crimson Peak, offering a good sense of the style of the setting… and Del Toro hosted a video walk through of the set, in which he shared some more insight into the movie.

I’m really looking forward to this one!