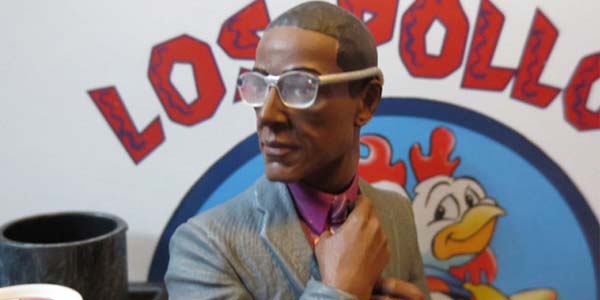 In terms of toys and collectibles, Breaking Bad has had an interesting trajectory.  The first action figure was released by Mezco Toyz at the tail end of the show’s run on AMC, but thanks to the ongoing popularity of the series– and the omnipresent ability to binge watch it on streaming services like Netflix– it has remained a staple of pop culture, despite having concluded nearly two years ago.

This is good news, because it allows Mezco to keep their Breaking Bad toy line moving forward, and the latest entry in the series brings us the best opponent Walter ever faced, Gustavo Fring.  The fried chicken magnate/ civic minded philanthropist/ ruthless drug dealer makes for the best Breaking Bad figure yet, with a fantastic portrait of actor Giancarlo Esposito and a nice sense of proportion.

Like the other Breaking Bad figures, Gustavo is pre-posed and does not feature articulation (aside from a swivel neck).  Unlike the previous Breaking Bad figures, though, Gus gets a very nice, character appropriate pose, as he stands straight and adjusts his tie with both hands.  It speaks to Gus as both the buttoned-up man in control that he is… as well as hints at the darkness hiding beneath his surface, as his hands are almost posed like they’re about to strangle someone. 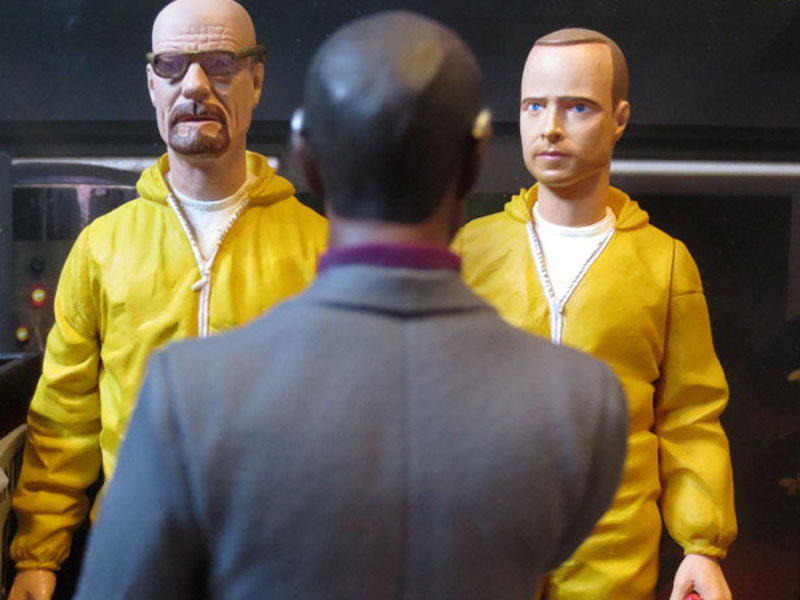 As we’ve seen with past figures, Gus also includes a few accessories.  First up, he sports removable glasses, which are incredibly well executed.  They are not too thick, yet feel sturdy enough not to break, even at this small scale.  And they fit his head quite well, staying snugly in place.  While he can’t hold it, Fring also includes a bucket of his Los Pollos Hermanos fried chicken, which is a great pack-in for him.

Gus fits very nicely with most of the other figures in Mezco’s series… He and Walt look great when standing face to face… Jesse is still a bit off, thanks to his too-large head, but the rest of the series is coming together nicely.  I’m very happy to see this figure line continue, with my personal favorite– Bob Odenkirk’s Saul Goodman– next on deck.  In the meantime, we will also see an online retailer exclusive Gus variant, based on his final scene in the series.  Look for Gus Fring at retail now, and Click Here to preorder the variant edition at Big Bad Toy Store. 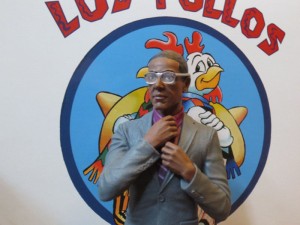 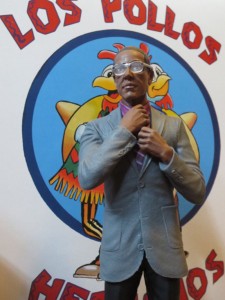 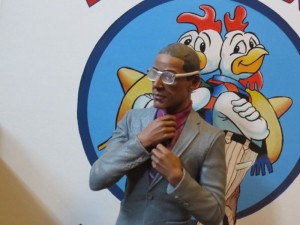 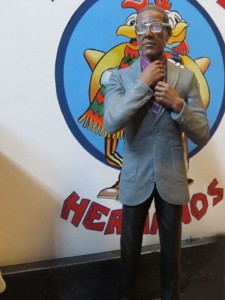 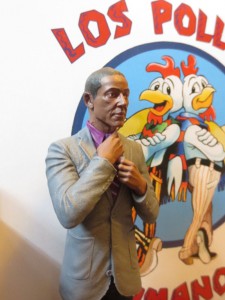 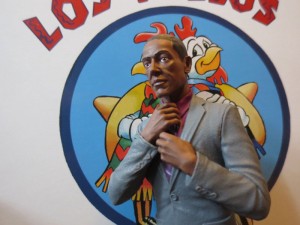 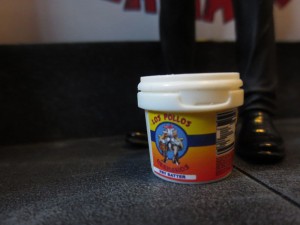 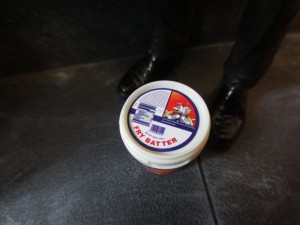 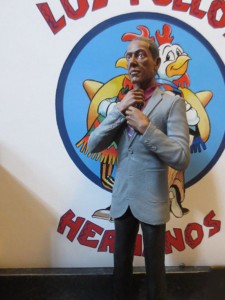 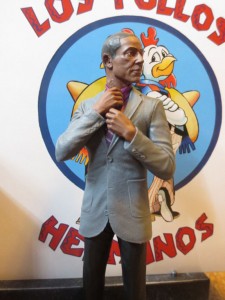 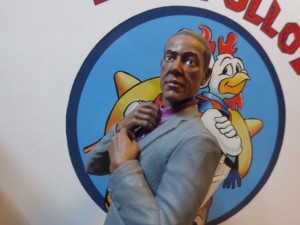 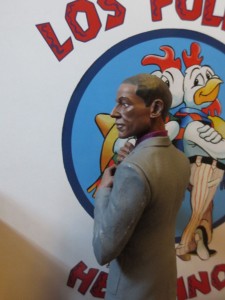 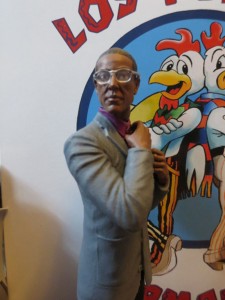 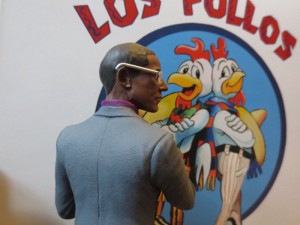 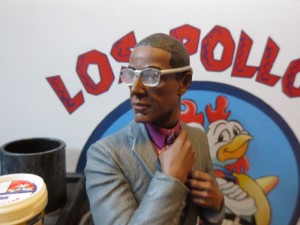 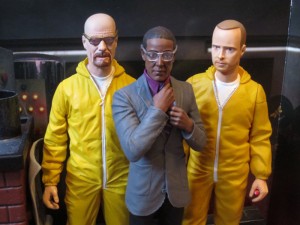 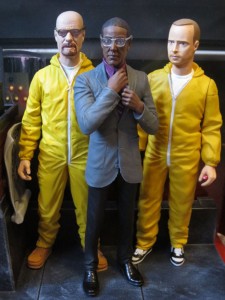 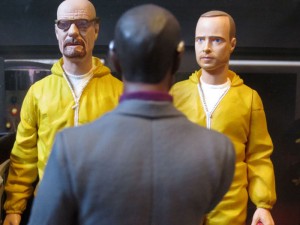 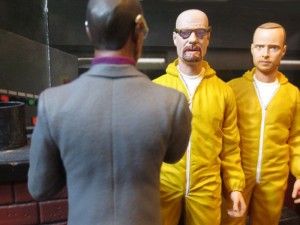 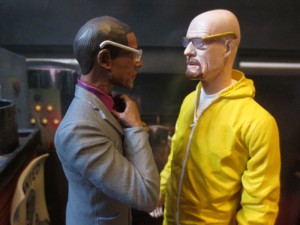 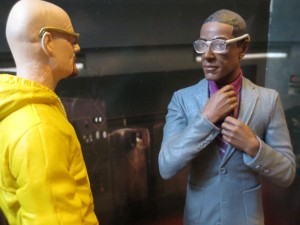 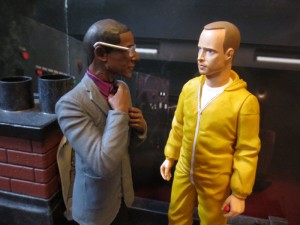