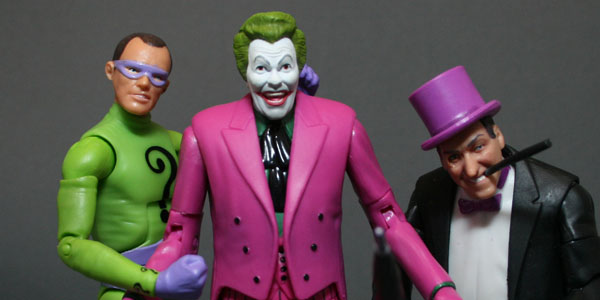 Reuse is the name of the game in toys today, but the Batman 66 line continues to give us all uniquely tooled figures. Although listed as wave two the Joker arrives early to collectors.

The most iconic villain in comics the Joker was brought to life in the 60’s by Latin heart throb Caesar Romero. Though the Joker has no mustache, Romero refused to shave his signature facial feature for the reoccurring role, so he kept it and covered it up with white makeup. His look and sound has impacted the characters to this day. When collectors heard this line would be made, they rallied to make sure the figure also shared the same look right down to the mustache.

This figure did not let fan down; from the bright pinkish suit, the green hair, and even the mustache. The figure is only slightly taller than the Adam west figure, which once again shows off the scale issue with the line. The face sculpt is a great representation of Romero and might be the best of the line. The body is also all new, Mattel did not reuse the suited body from the DCUC or DCSH line.

Overall this is a must have for any 60’s Batman fan, so head over our sponsor Mike’s Comics-n-Stuff before he is gone. 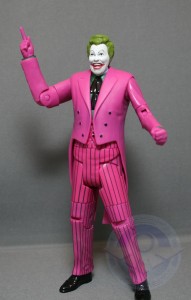 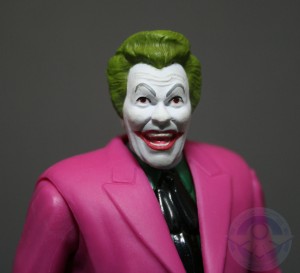 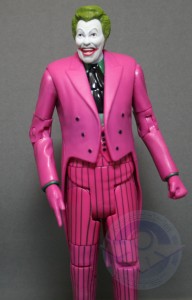 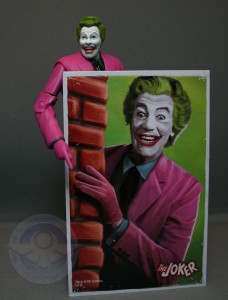 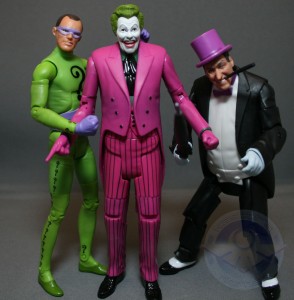