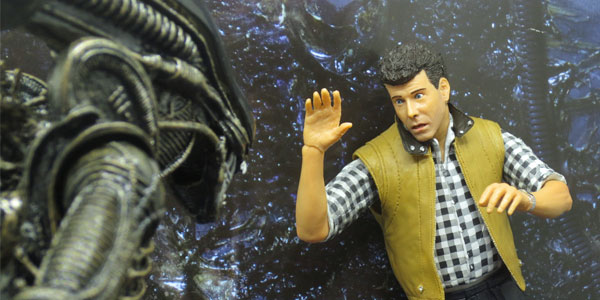 Weyland-Yutani creep Carter Burke, a new concept Xenomorph, and an iconic sign are all excellent additions to NECA’s Aliens series.

The path toward securing likeness rights for actors– especially those who appeared in iconic roles in older films– is one of the most fascinating dynamics in the toy industry. These days it’s more cut and dry; signing away likeness rights to use on merchandise is a pretty standard piece of any contract. But back in the day, nobody involved with films like Aliens were thinking of likeness rights for toys.

But thankfully, NECA has proven time and again they’re willing to do their due dilligence, and they’ve managed to land rights to human characters from the film in some interesting and exciting ways. Some were genuine surprises we all thought were impossible, including franchise star Sigourney Weaver. Others likeness confirmations were made public in fun ways, like during the first Alien Day in 2016, when Jenette Goldstein (Vasquez), Carrie Henn (Newt), and Ricco Ross (Frost) all revealed their own Aliens action figures via social media.

What I’m saying is, it takes a lot of leg work, and a lot of collaboration between actors, agents, and toymakers to hash this all out. And sometimes, it takes a little bit of luck. Case in point, Paul Reiser, who plays the duplicitous Carter Burke in Aliens. Most of us in the toy collecting community kind of assumed Burke was a non-starter, and that there was little chance Reiser would sign off on rights. But when the question came up during an Aliens 30th Anniversary panel at San Diego Comic Con, Reiser seemed genuinely open the the idea of getting his own action figure. NECA followed up on that comment, and the apocryphal story says that was the spark that lead to the first, ever Burke action figure. 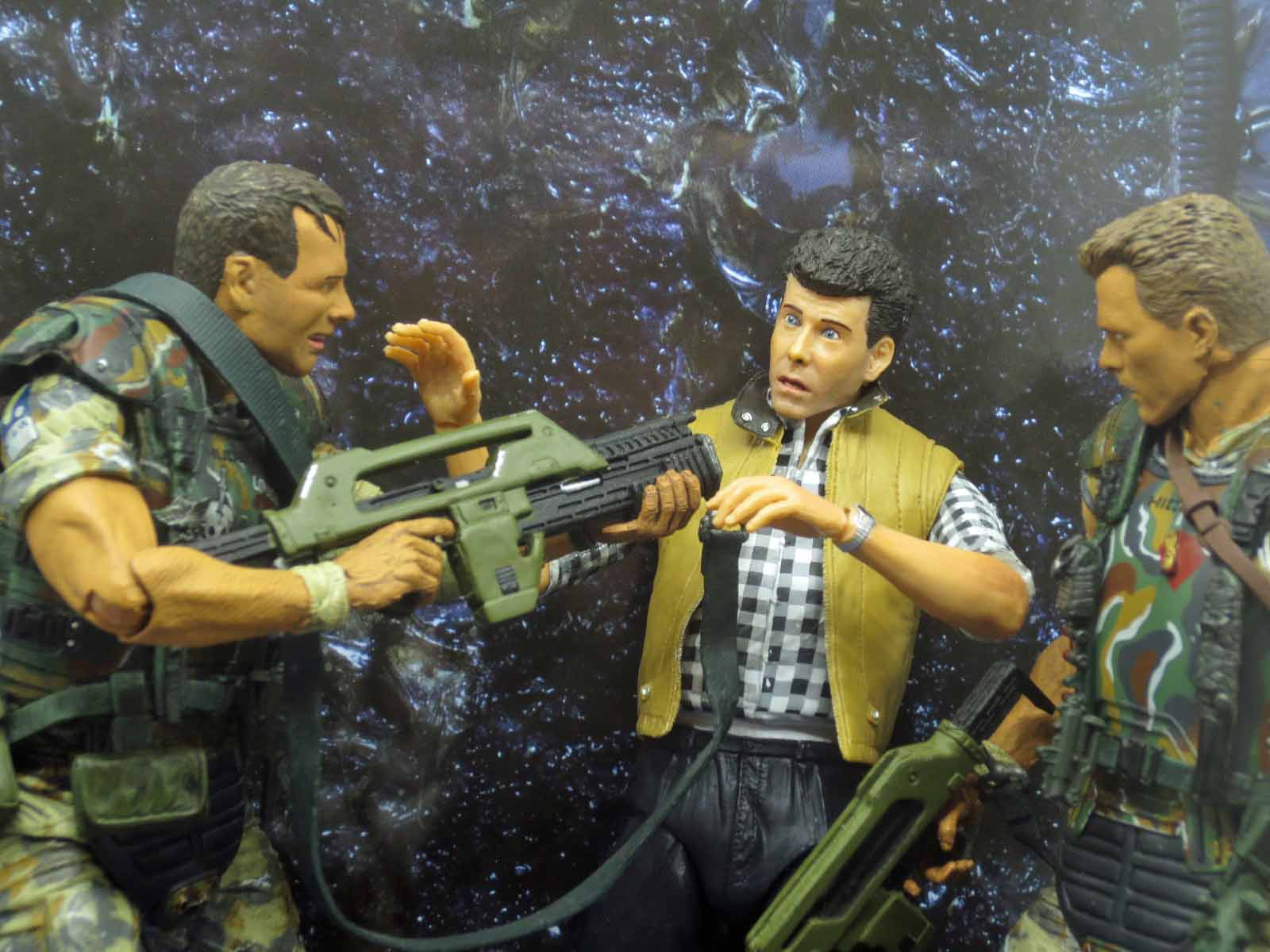 Whether that’s true or not, it’s impossible to deny NECA did an amazing job with this figure. His portrait not only nails Reiser’s likeness, but features the perfect fearful expression that captures his character. Would I have appreciated a second head, with that maddeningly smug, 80s business guy smile? Sure. But I think NECA made the right call in creating a facial expression that completely represents the character.

Burke is well crafted, with a thin rubber vest and another rubber overlay for his plaid shirt, which allows for a full range of torso motion and doesn’t leave the figure overly bulky, despite his multiple layers. He’s well articulated– and can strike a few great recoiling in terror poses– although on my figure, the point where the feet meet the ankle pegs limits anything but lateral movement.

As soon as Burke started seeming like a real possibility for this toy line, the question of release logistics surfaced pretty quickly. Sure, he’s the closest thing to a human bad guy we’ve got in the film, but at the end of the day, he’s just a guy in a vest and slacks… not the most exciting figure for the average consumer. I was afraid he’d wind up being a Comic Con exclusive, which would have been one way to go. But I’m glad NECA chose to find a way to release him to mass retail, packing him with both a new variant of the Xenomorph as well as a fun display piece in the form of the blast shield from the exterior of the Hadley’s Hope colony.

The Xenomorph features the new, upgraded Alien Warrior body, which adds articulation and sturdiness to NECA’s wonderful original sculpt. This particular version actually follows suit from the translucent Big Chap, as the second “concept figure” in NECA’s toy collection. In the final film, the Xenomorphs feature craggy, shell-like heads, lacking the clear dome seen on the original Big Chap. But early concept art for James Cameron’s sequel would have carried over the dome, and so does this figure. While it’s essentially an Aliens sculpt with an Alien-like dome, the head seems to be an original sculpt, and it looks great. 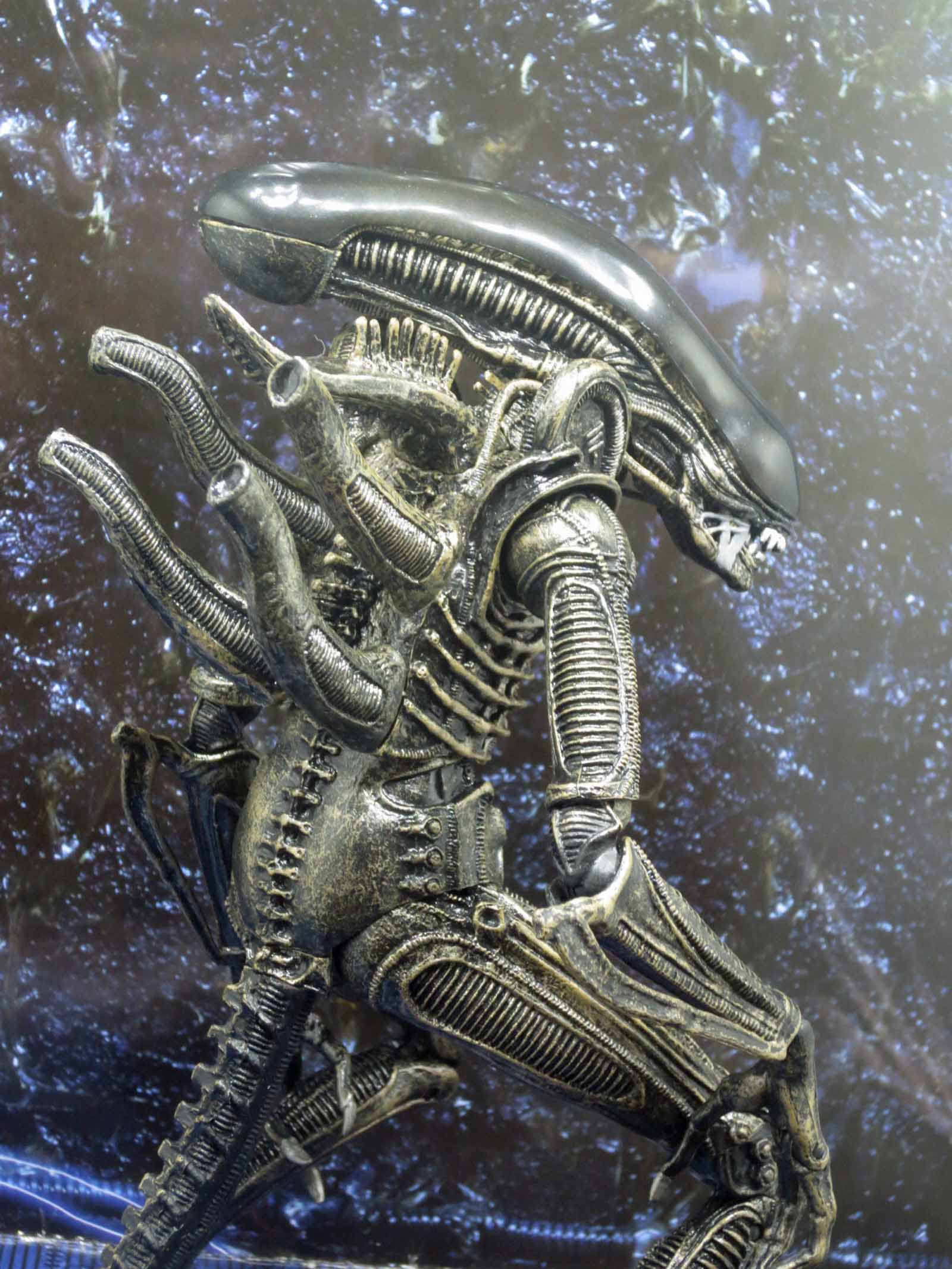 Taken as a “behind the scenes” type figure, this guy is a cool companion to the clear Big Chap. But unlike that drastically unique figure, this creature’s differences are subtle enough that it will still fit in fine on display in the hive. It’s a smart way to split the difference between those who want an army builder and those looking for a more unique toy for their dollars.

Rounding out the set is the sign, which is a cool piece that is in scale and screen accurate, which adds flair to any Aliens display. I like that NECA is venturing further outside the box with this series, rolling in first the eggs, then the Facehugger cryo tubes, the USCM arsenal pack, and now a straight up mini-diorama. All of these items accent the figure collection perfectly, and give me hope that perhaps we’ll see NECA invest in an even bigger, more comprehensive playset somewhere down the line.

In the meantime, I’d highly recommend all three parts of this latest Aliens release. Burke is a perfect figure of a must-have character (at least for movie/ Mad About You die hards like me). The sign is a great tribute to one of the most iconic scenes in the film. And the concept Xenomorph is a subtly clever variant making good use of the best sculpt NECA has done based on the Alien Warrior.

The Hadley’s Hope pack is available now on NECA’s eBay and Amazon stores, as well as ToysRUs.com and specialty retailers everywhere. 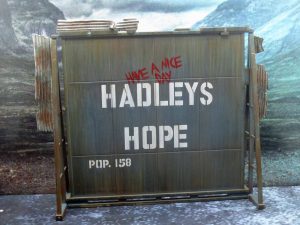 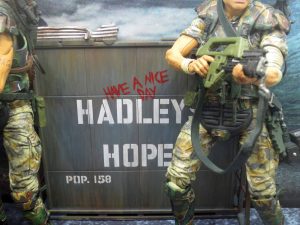 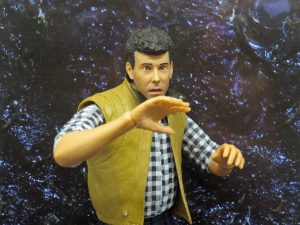 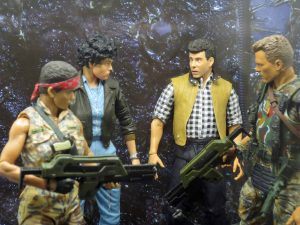 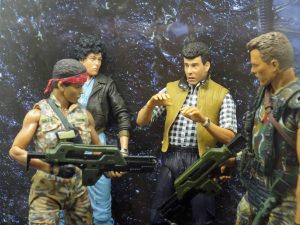 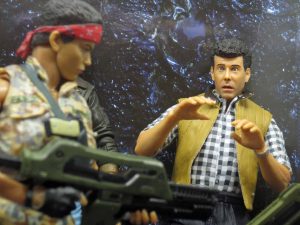 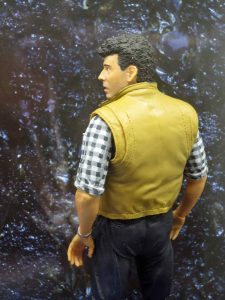 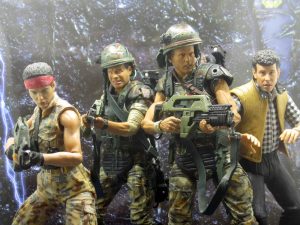 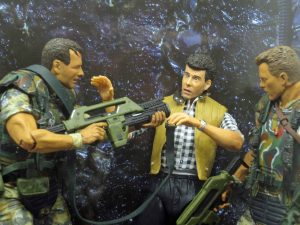 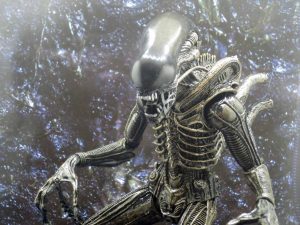 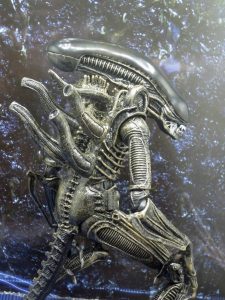 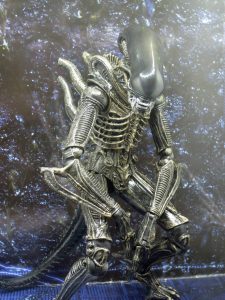 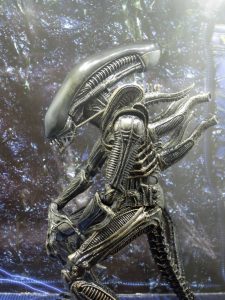 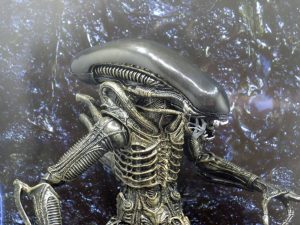 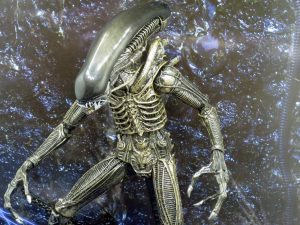