Hail Joffrey, King of All Creeps 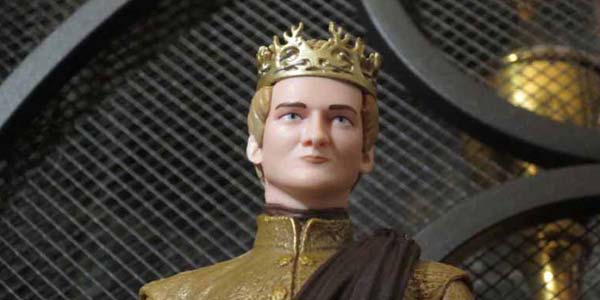 Of all the horrible shits ever written, Joffrey Baratheon has probably earned the crown upon his head.  The arrogant, cowardly sociopath reigned over Westeros for the final years of his short, cruel life, establishing complete control of the Lannister family as the power that ruled the land.  He also delighted in torturing people, especially his hated uncle Tyrion and his one-time bride-to-be Sansa Stark.  In a world as filled with grey areas and nuances as George RR Martin’s epic fantasy story, it’s saying something when you meet a character as irredeemably rotten as Joffrey, someone utterly beyond– and totally disinterested in– redemption.

In other words, Joffrey was a fantastic character, the kind of villain you simply loved to hate, as we all waited patiently to witness his oh-so-satisfying comeuppance.  I’m not surprised that Dark Horse opted to base their Joffrey figure on this final scene of his life, as the cruel ruler carelessly clutches his goblet of poisoned wine while smiling his smug, sneer-like smile, probably thinking about whose day he wanted to ruin next.  While Joffrey had a number of iconic scenes throughout the series, I can’t think of any more satisfying than the Purple Wedding during which he finally bites it, making this one of the more memorable figures in Dark Horse’s collection.

He’s also one of the best, with a wonderfully intricate sculpt that shows off the ornate regal tunic of the boy king, which is filled with rich texture and accentuated by his deep purple sash and dark brown boots and belt.  The Jack Gleeson portrait is very well done, instantly recognizable, and packed with the perfect amount of bile that defines his loathsome character.  His unearned crown is another great, highly detailed sculpt, and I love the naturalistic way it musses up the hair on the top of his head.

Dark Horse has done a truly commendable job in bringing Game of Thrones to life in their figure line.  What these figures lack in articulation, they more than make up for with their highly detailed, show-accurate sculpts, intricate paint work, and smart, character appropriate poses.  Joffrey, like his grandfather Tywin, is one of the best of the bunch, and his release helps to round out the main players of House Lannister.  Want to add King Joffrey to your collection?  Check out your local comic or specialty shop, or pick him up on Amazon, where he’s been selling for as low as $12. 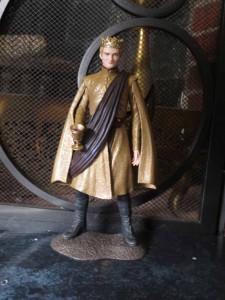 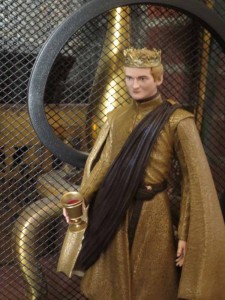 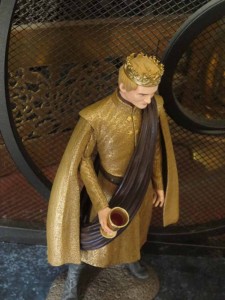 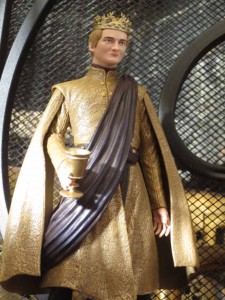 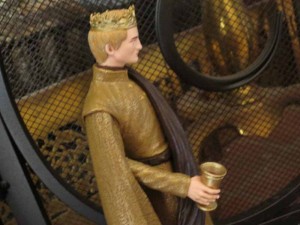 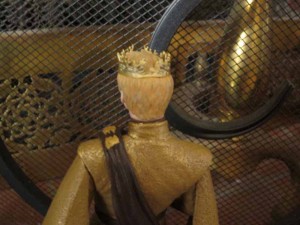 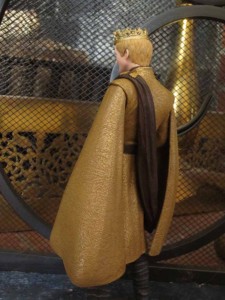 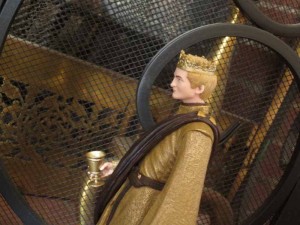 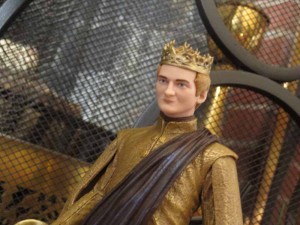 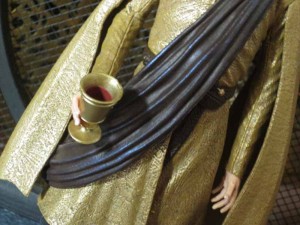 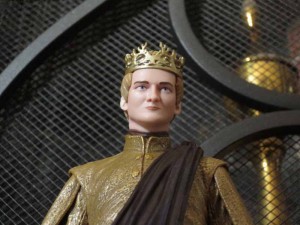 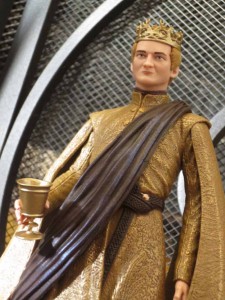 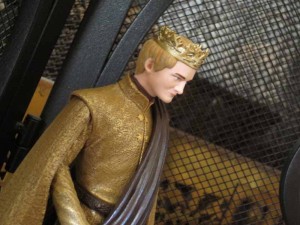