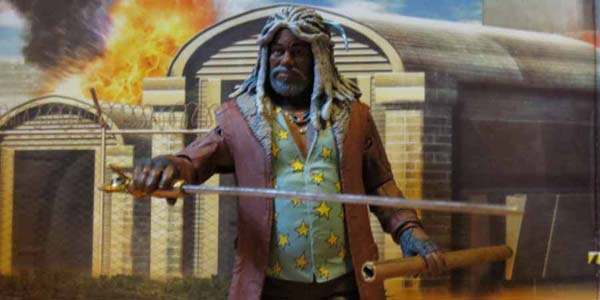 McFarlane Toys and Skybound team up to deliver the leader of The Kingdom to the Walking Dead collection.

Ezekiel is the latest comic style action figure in McFarlane Toys’ The Walking Dead series.  This figure made his debut at Comic Con via Skybound’s booth (they’re also selling him now on their website), and he makes for a great addition to the overall line.

The leader of the Kingdom is a major player in Robert Kirkman’s long-running comic these days, and with both him, last year’s Negan, and the upcoming Rick, we’ll have most of the biggest higher-ups of the Walking Dead world as it stands right now.  That’s pretty cool!

Ezekiel features and all new sculpt that features lots of detail and a great sense of proportion.  From his belly to his star-patterned shirt, to the dreadloks that adorn his head, Ezekiel looks like he just stepped off the page of the comics.  He is fully articulated like the other modern Walking Dead figures, and his hair is pliable enough to still provide some range of motion in his neck.  I wish I could say the same for the rigid overcoat– it’s firm enough that it limits what you can do with the figure’s legs to a degree, but it’s far from a deal breaker.

The figure comes in two variants– full color and black and white, much like Negan.  I opted for the color version to fit with the rest of my collection, but I really like this option.  The colors are great, with Ezekiel’s shirt really popping against his drab brown coat and green pants.  Like the other Walking Dead figures, the King also sports a nice, subtle wash that really spotlights the intricate details of this sculpt.

I’d be lying if I didn’t admit I was disappointed Ezekiel doesn’t come packed with his loyal tiger Shiva, but he does at least include his boss sword-cane.  The accessory is very well rendered, with a fully sculpted head, quite intricate for this small scale, and a well done blade and sheath that leaves the sword plenty imposing while the cane not feeling overly bulky.

Overall, Ezekiel is another winner for McFarlane’s Walking Dead series.  As we eagerly await the new retail series to hit, Ezekiel served as a nice surprise addition, delivering a great toy version of this important character into the fold.  I’m looking forward to what other surprises McFarlane and Skybound may have up their sleeves later this year… Here’s hoping we’ll see another Black Friday exclusive this year, to further build out the world of the Walking Dead! 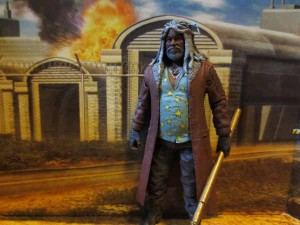 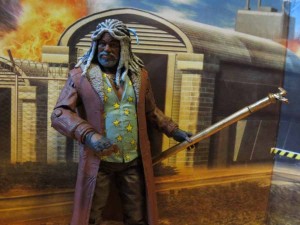 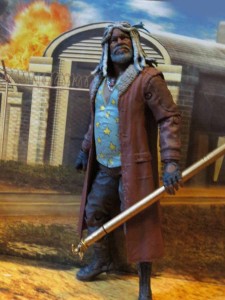 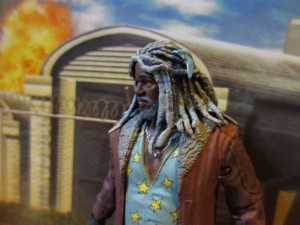 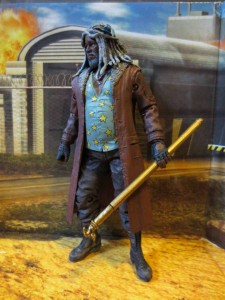 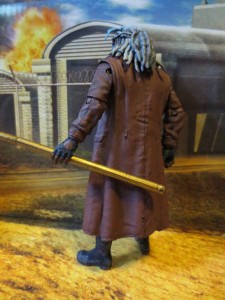 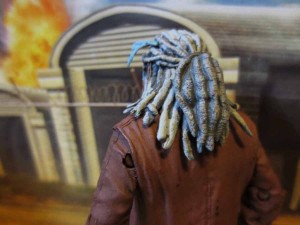 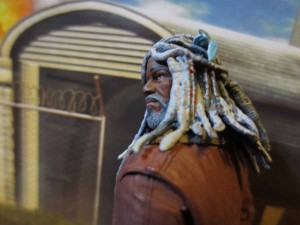 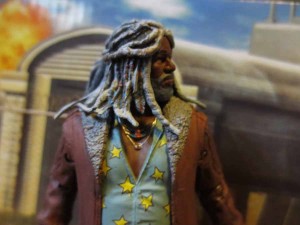 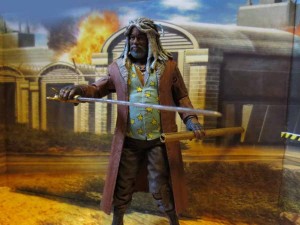 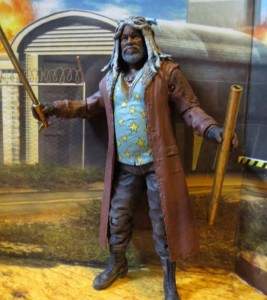 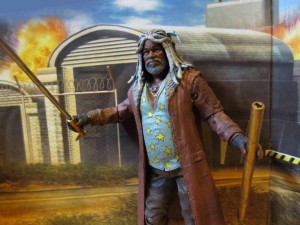 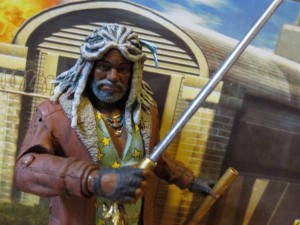 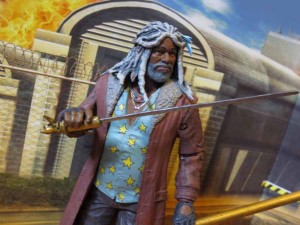 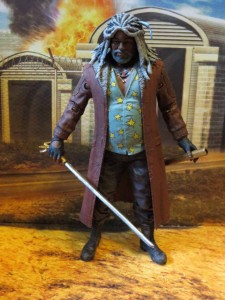 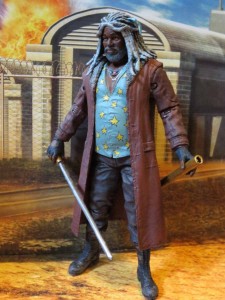 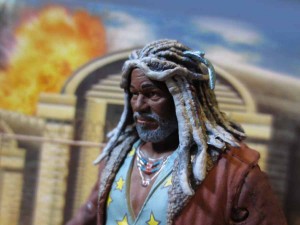 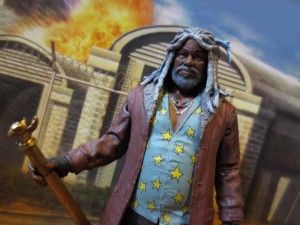