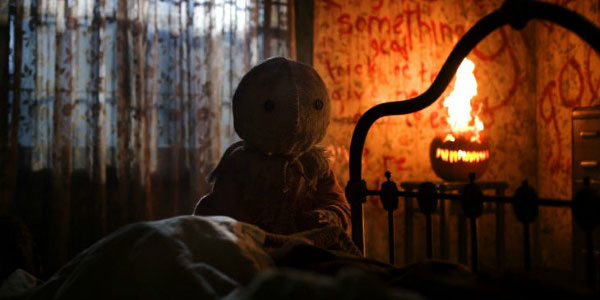 The ultimate Halloween anthology movie is getting a sequel… for reals!

I have a confession to make, and a particularly terrible one considering today is Halloween.  Unlike most genre and horror film geeks, I am not really in love with Mike Dougherty’s Trick ‘R Treat, I just like it.  I think the concept is amazing, and what it gets right, it nails completely– the entire movie radiates with the pure energy of this time of year, and two of the stories within are pretty much perfect.  But I find the tonal shifts to be jarring as we jump from one semi-related story to the next, and the werewolf girls story just never worked for me, it was too predictable and dull (and stars Anna Paquin, so that’s not doing it any favors either).

So I guess in some ways, I can celebrate the news of a sequel more than anyone, as I hope Dougherty can apply that same brilliant anthology concept into an even stronger set of stories.  It will definitely be exciting to see Sam and whatever other Halloween creatures the director comes up with, and with any luck the sequel will finally free me of my humbug attitude toward the first movie.

You can read more of the (scant) details of the Trick ‘R Treat sequel over on Badass Digest, where they also ran a pretty cool interview with Dougherty himself.