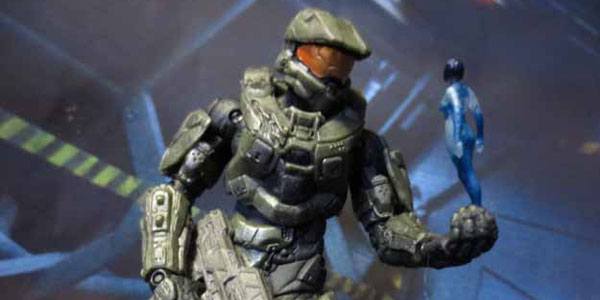 McFarlane Toys’ latest Master Chief is the best version of the Halo hero yet.

I’ve always admired the work McFarlane Toys has done for the Hal series, and even though I have kind of dropped out from playing the games, their Halo 4 series is as impressive as ever.  The star of the series, not surprisingly, is the all new Master Chief, and he’s a fantastic figure. 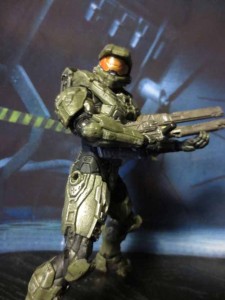 Master Chief features an all new sculpt, with screen accurate armor from his most recent game appearance.  The tweaks to his classic design are less boxy and more organic, and this translates very nicely in McFarlane’s figure.  Chief retains all of his ample articulation, allowing for plenty of posing options, and he was made in the larger Halo Reach scale, making him one of the biggest Master Chiefs we have seen in the line.

The hero sports a fine paint job, with a good, subtle black wash over his green armor, offset nicely by the gold visor of his helmet, and he packs an imposing rifle as an accessory.  As he have seen in past Halo figures, Chief’s gun features a peg on the side which can plug into his back or leg for storage if you don’t want him holding it.

This figure is one of the Halo guys that includes a Micro Ops bonus figure, based on McFarlane’s noble venture into HO scale Halo, complete with tiny figures, vehicles and playsets all in scale.  The genius of Master Chief’s pack-in, Micro Ops Cortana, is she works perfectly in either scale.  The tiny figure is removable from her base, and she fits perfectly in Master Chief’s hand so he can be posed to confer with her.  It’s an awesome idea, and the execution here is wonderful!

I love what McFarlane Toys has done with this license, and the latest Halo 4 collection carries on the long standing record of well made and cool looking toys.  Thanks to McFarlane Toys for giving us the chance to check out Halo 4 Master Chief! 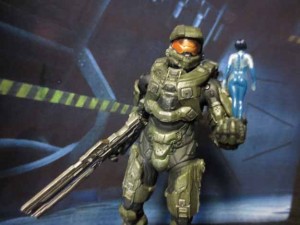 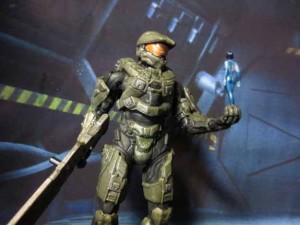 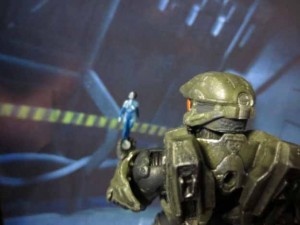 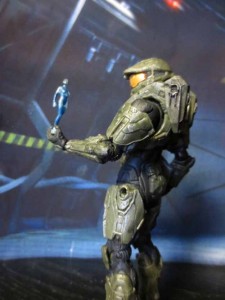 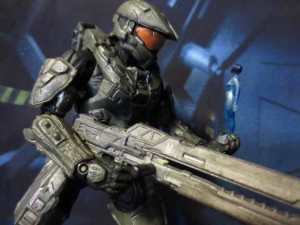 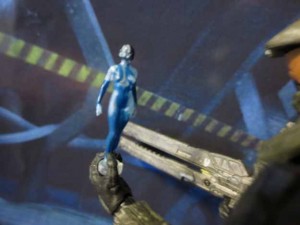 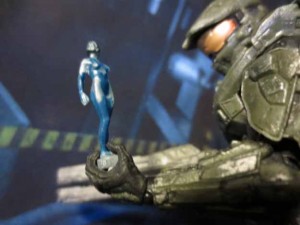 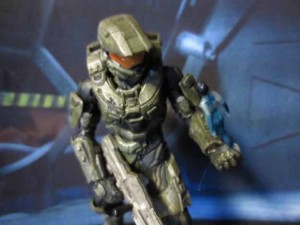 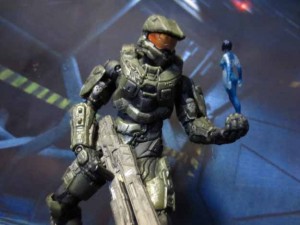 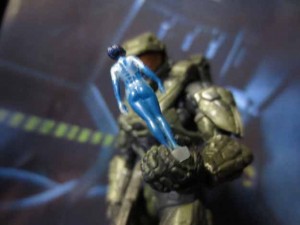 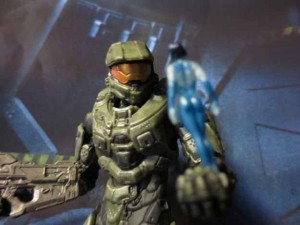 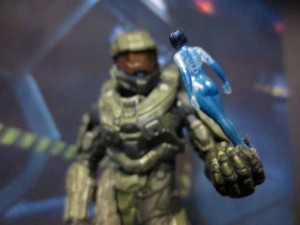 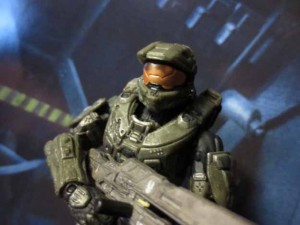 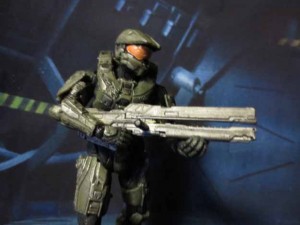 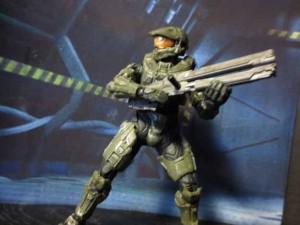 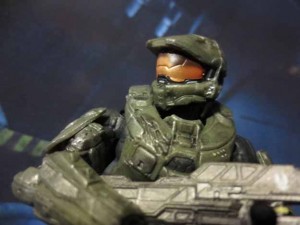 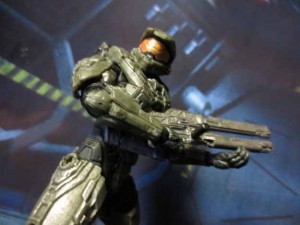 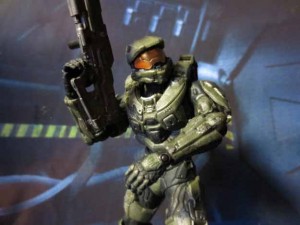 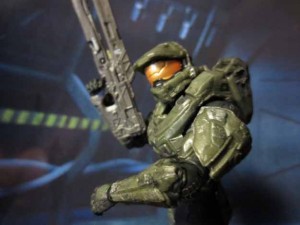