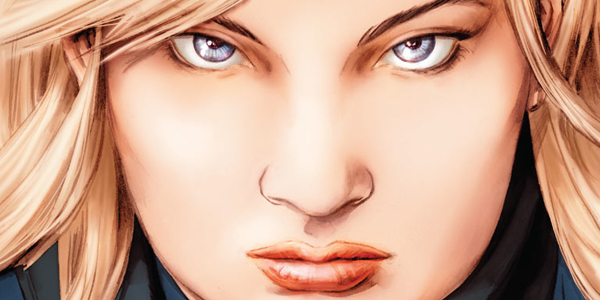 In yet another stellar offering from Valiant, Harbinger #4 serves as a major turning point in the story as the series continues to delve into darker territory with each issue.  We are also formally introduced to a character who will soon have a major effect on the Valiant Universe.

When we last saw Peter Stanchek, he was having a bit of difficulty adjusting to his new surroundings within Toyo Harada’s Harbinger Foundation.  Made to relive humiliating and painful childhood memories and ostracized by his fellow students, Peter’s time in the compound has been less than ideal.  Still overcome with guilt for his treatment and sub-sequential abandonment of his friends, he lacks interest in his studies and continues to exhibit difficulty in controlling his powers.  While his head instructor begins to see him as a lost cause, Harada himself still sees a potential in the boy — despite the disturbing omen he was given in the last issue.

While it’s been established that Peter had the impossibly rare gift of being born “activated,” we now learn how Harada has been unlocking the powers in others.  It is revealed that the Foundation tracks hundreds of candidates with latent powers and will, at times, seek them out and offer recruitment.  Candidates are offered a chance to wield incredible power at the risk of subjecting themselves to the Foundation’s methods of activation.  Peter is shown grisly footage of this process, which is completely voluntary, in which a willing candidate suffers a horrific fate.  He is told that a quarter of all participants meet an equally unfortunate end and the rest experience extreme pain.  Those who decline their methods of activation are placed back into their normal life after having all their memories of the Foundation erased.  Though Peter argues that these people are better left alone in the first place, Toyo believes that the activation of latents is the key to mankind’s ultimate survival.  His hope is that Peter would be able to unlock latent powers in others without the need to use their hit-or-miss activation machine.

Faith Herbert, a lonely, overweight teenager, is brought to the Harbinger Foundation with the promise of becoming something greater — and a lifestyle she desperately yearns for.  With Faith insisting on the treatment, Peter reluctantly tries to bring out her latent powers telepathically as the only alternative is Harada’s machine.  The process seems to go awry causing great anguish to both parties, leaving Herbert bleeding and driving Peter one step closer to his breaking point.  Back in his quarters, Stanchek is compelled to sneak out of the compound by a mental projection of his best friend, Joe.  What he finds upon his departure however, shakes him to the core and will change his relationship with Toy Harada and his status in the Harbinger Foundation forever.

The great thing about Harbinger, even more-so here than in the classic series, is how genuinely real it feels.  Even while involving individuals who possess unbelievable mental and physical abilities, the themes at play here — acceptance, isolation, guilt — are something that everyone can identify with, especially thinking back to how emotionally volatile you were as a teenager.  The creative team of writer Joshua Dysart with artists Khari Evans and Matt Clark do an amazing job holding your hand and walking you through Peter’s continuously tumultuous world.  Be sure to pick up Harbinger #4 this Wednesday, September 12th at your local comic shop.  This is the beginning of the dispute that will ultimately define the book and you won’t want to miss a single page.  Take a look at Valiant’s great preview of the book below: 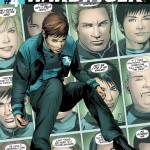 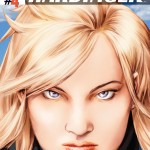 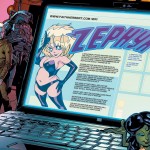 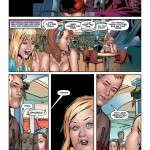 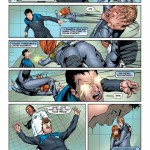 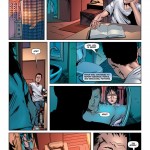 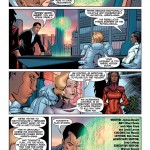