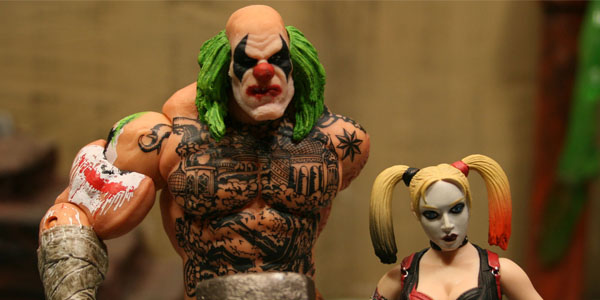 Harley Quinn brings in the Joker’s muscle into Arkham City. The Hammer joins the villains of Arkham City from DC Collectibles. 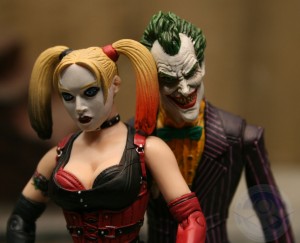 It has been quite an Arkham month for me, it all started with Bane and took off from there. The most recent set I got from our sponsors at Mike’s Comics-N-Stuff is the Harley & Hammer set. Like the Penguin set it’s a mix of new and old figures. The new figure is the Hammer, one half of the deadly brothers of Gotham’s underworld. This brother decided to follow the Clown Prince of Crime, taking on very scary looking clown look. The figure is much taller than the average figure, towering over Harley and the Joker. With many figures like this it is expected that there will be a lot of reused parts, but in his case everything is original from his red nose down to his taped up feet. The deco is the most eye catching in the line. The bright green and red on the figure really helps him to stand out, and not get lost in the background as just another thug. The Hammer has a good detail of tattoos all over his body, the most intricate on his chest. It is a recreation of a Russian city, and is amazing considering the size and cost of the figure. He also has a messy Joker tattoo on his right arm, which looks great when posed correctly,  but any movement of the biceps will obscure the features. The Joker’s enforcer comes with his trademark hammer which is huge almost as tall as the figure himself, and a head that could hide the Madd Hatter.

Along with Hammer, Harley adds to this set but is not as impressive. This set will give anyone who missed her the first time to get her, but unlike the Penguin she does not have her accessory. She is missing her baseball bat, which is strange considering the other set had all the accessories that came with the original release. The Joker’s gal brings the character from Arkham City to life, but her eyes look more like a china doll than the real character. It’s a shame considering how well the Arkham City version captured the evil and playful look of the character. The rest of the figure has a good deal of articulation and a great deco. The figure even has all the little tattoos from the game, making it one of the better Harley figure out there today. 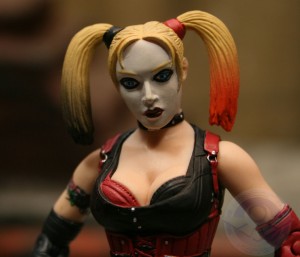 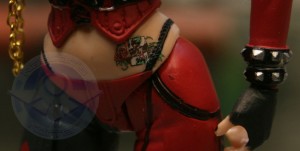 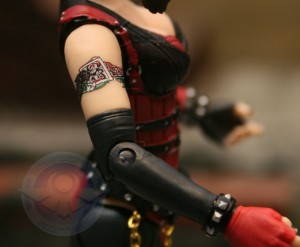 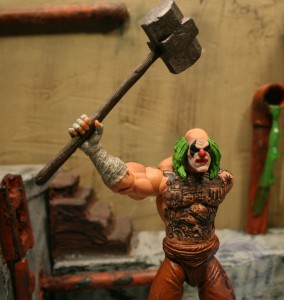 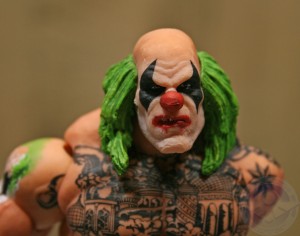 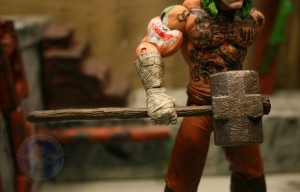 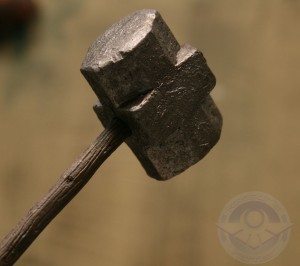 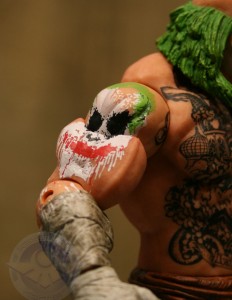 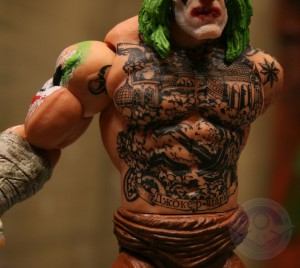 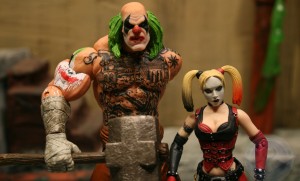 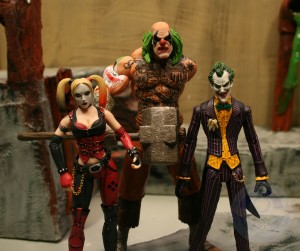 Overall this is a great set, and if your a fan of the Arkham series you should track down. Check out this and other great toys at our sponsor Mike’s Comics-N-Stuff.